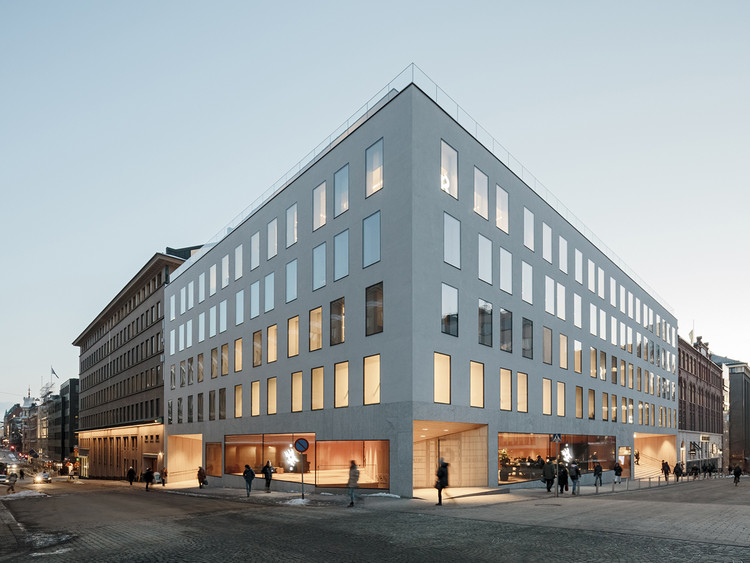 Text description provided by the architects. JKMM have just completed their Think Corner building for the University of Helsinki. The practice won the design competition in 2015 and have since then worked with the University to give fruition to a new space that will make academic life and research more accessible to all Helsinki residents as well as visitors to the capital.

The new building is positioned on a prominent corner site opposite the main University building designed by Carl Ludvig Engel in 1832 on one side and on the other it faces Aarne Ervi’s celebrated Porthania building from 1957 that also forms part of the Helsinki University central city campus.

The Think Corner’s timber clad stepped entrances are like outdoor rooms inviting the public in but also creating a generous urban realm that helps mediate between the existing two historic university buildings. The rest of the building is clad in plaster and Finnish granite from Viitasaari giving it the gravitas befitting of the neighbouring neo-classical architectural Engel designed ensemble at Senate Square.

“We wanted the building to add a contemporary layer of architecture between the well-known university buildings. It creates a campus like feel yet has a distinct and unique identity that is about being in the city”, the project architect Teemu Toivio explains.

Inside a double story atrium opens the building creating a generous space that feels public. The second floor has further accommodation for the Think Corner including hot desking facilities and events space. The third, fourth and fifth floors are dedicated to offices. On the sixth floor at the very top there is a wrap-around balcony with views over central Helsinki.

Asmo Jaaksi at JKMM says, “We are very interested in design can be used to make an open and fair society. The Think Corner project is about doing just this by introducing new opportunities to people.“ 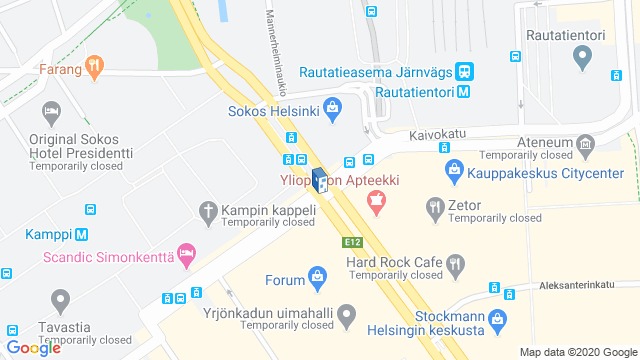 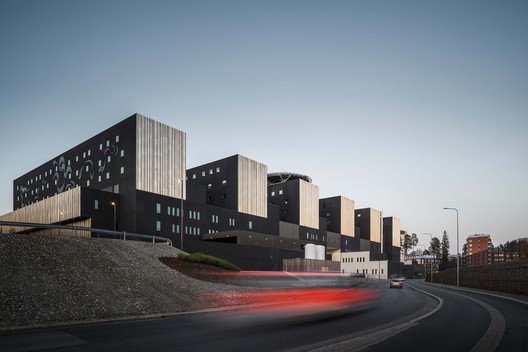 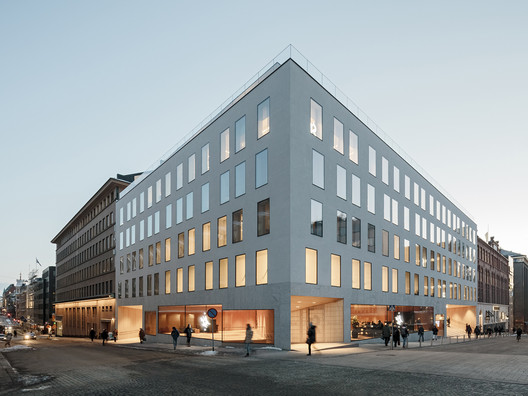