Save
How Did the Evolution of Women's Role in Society Change the Built Environment?
Share
Or
Copy

It all started as women entered the work environment.

Dolores Hayden in her paper “What Would a Non-Sexist City Be Like? Speculations on Housing, Urban Design, and Human Work”, published in the ’80s, tackled the dying notion of "A woman's place is in the home". This implicit principle of architectural design and urban planning dominated the United States for the last century. With women entering the paid labor force, this concept had no choice but to adapt.

For Hayden, and for all women out there, it was crucial to develop a “new paradigm of the home, the neighborhood, and the city; to begin to describe the physical, social, and economic design of a human settlement that would support, rather than restrict, the activities of employed women and their families”. In fact, it was about time to reorganize both home and work experiences.

Earlier on, after working all day in a factory or office, in an industrial city, the male figure would return to his serene suburban house, maintained by his wife. That idea of dream house was actually “a spur for male paid labor and a container for female unpaid labor”. As women entered the work environment, questions raised about the servitude of the conventional home. At that time, whatever type of home one had, it was always organized around the same set of spaces: kitchen, dining room, living room, bedrooms, garage or parking area, requiring basically someone to “undertake private cooking, cleaning, child care, and usually private transportation”.

The time of change had come.

Women, by nature, as stated by Karen A. Franck in her essay on “A Feminist Approach to Architecture” in 1989, are very much into connectedness between different activities and the spaces that support them. Taking many forms, this concept can have many design interpretations resulting in connecting the people using these places: overlapping and interdependent spaces, reducing distances between activities and public and private domains, closer spatial and visual connections, multiple-use and transformation of areas, flexibility and complexity, etc.

First notions of non- commercial shared community spaces or communal day-care facilities, started to surface. Although condemned by the law in traditional residential areas, women were seeking housing, employment, and child care simultaneously, in one efficient environment that could unite all three of their needs. A first solution came from Scandinavia, at the start of the 20th century, with the introduction of housing facilities called service houses or collective houses, providing child care and cooked food along with housing for employed women and their families. This design-oriented solution aimed “to replace formerly private "women's work" performed in the household”.

Later on, in the ’70s in Germany, public housing with supporting services started surfacing, integrating different kinds of people into new types of households and housing complexes. The single-parent home was developed, designed to facilitate shared baby-sitting, with a day-care center open to the neighborhood residents and integrated children's play areas. Rehabilitation of existing housing was becoming more desirable, with single units converted to multiple units, private garages, and utility rooms converted to community spaces.

“Attacking the conventional division between public and private space was a feminist priority in the 1980s”. The notion of strictly private or strictly public was fading, urban planning paradigms were dropping, and blocks were re-organized. A greater zone of activity was needed, with all these new social amenities and green outdoor spaces. The first neighborhood community life emerged.

While most employed women were not interested in living in communal families, they just required community services to support their private households. The idea was to keep private dwelling units and private gardens and add to them these new collective spaces.

These first attempts to deal with the sexual and spatial division of homes and workplaces led the way to other big reforms, not just for women, but for everyone experiencing cities. “Dwellings, neighborhoods, and cities designed for homebound women constrain women physically, socially, and economically”, states Hayden. True at that time, and still true today, if architects and urban designers were to recognize all employed women and their families as an integral part of planning and design, how would our neighborhoods, houses, and cities look like?

“We construct what we know, and these constructions are deeply influenced by our early experiences and by nature of our underlying relationship to the world”, says Karen A. Franck. In fact, women have different experiences, and perhaps it is about time to let them create their built environment.

Editor's Note: This article was originally published on March 09, 2020. 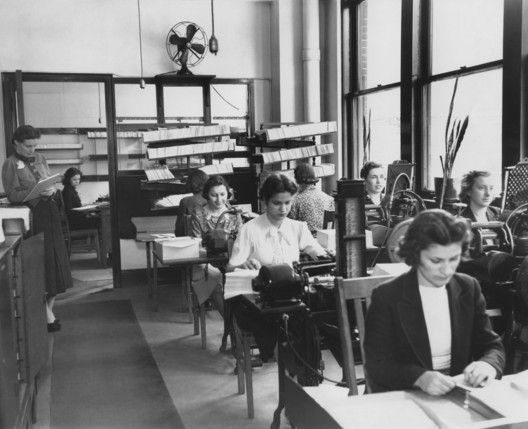