Save
The Sacred Auditorium / Atelier Maison 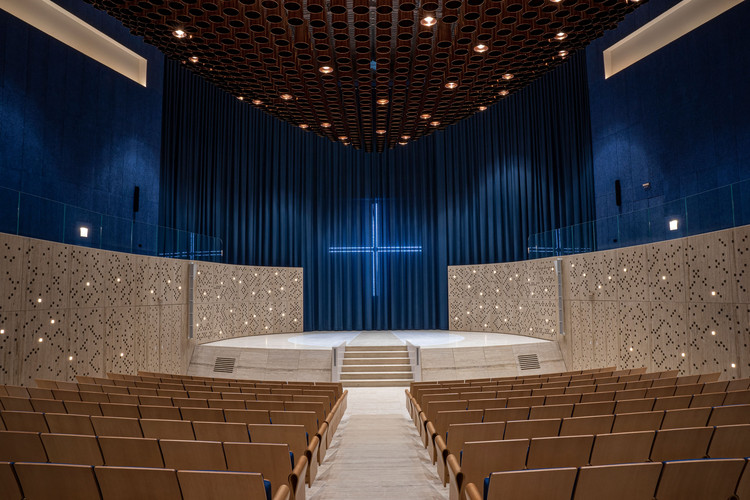 Text description provided by the architects. The concept for the renovation of this sacred auditorium was built on 3 main elements: the ceiling, the marble base and the cross plus the connection with the chapel behind. We wanted that the entire lower level of the auditorium appeared as one same material. This was a crucial part of the concept. It was also important that the material used was a natural one and that it symbolized a product that was a result of nature and time. Besides the tonality of the travertine, its beauty is in the fact that it is a material that – during formation – the travertine allows the natural element of water to pass through it, and leaves marks throughout the material. This process symbolizes the listeners in the auditorium who are absorbing the holy word that is being received.

The pattern that is cut through the travertine walls fades out towards the listeners, representing the holy word that travels from the stage and is received by the audience in silence. On the stage, the pattern cut out of the travertine walls is seen to be more dense. This, together with the new shape and extension of the travertine walls on either side, draw the audience to focus on the reason of being present in that space - to listen to the speaker, to reflect on the cross, to view the screen, or admire the chapel and relic of St. George Preca. The design of the ceiling was one that had to be practical and symbolic. Access to the ceiling and serviceability was extremely restricted. Therefore we wanted to design a ceiling that was both practical and an integral part of the whole project. We wanted to create a ceiling that was made up of a numerous amount of small elements that form one large dynamic volume that appeared to be hovering over the entire auditorium. The ceiling symbolizes the MUSEUM society that is made up of many different members of different ages and together form one movement. The wave shape was designed to have its lowest peak above the stage, behind which the cross and the relic of St. George Preca, on who the society was founded upon.

All these elements integrated together harmoniously in one space, symbolize our journey on earth where we are born and are nurtured, as well as heaven where we live for eternity. From the beginning to the end of this journey, we felt a strong sense of responsibility and respect towards the space, whilst continuously keeping the client’s values in mind as well as the future members who will come after us. We wanted the auditorium to be a second home to each of the members, irrespective of age and profession. That is why our concept had to invoke timelessness and a sense of belonging and this is the ethos, which we have always followed as Atelier Maison. 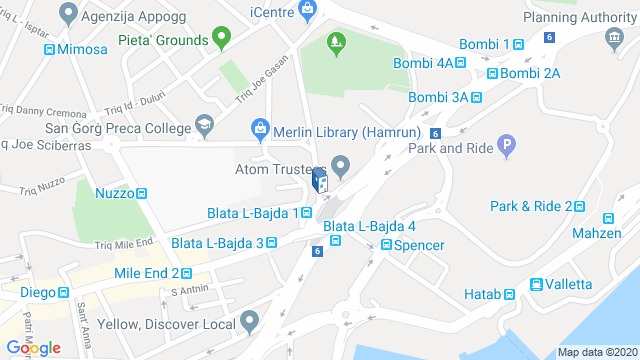