Part of a bigger vision and a master plan by Peter Zumthor, Studio Akkerhuis’ new 55.000 square meter project in Leiden’s 19th-century flour mill complex is under construction. With a landscape by Piet Oudolf and Lola, the development that recently won the "Future Project - Commercial Mixed Use” at WAF, will include shops, galleries, apartments, workspaces, a hotel, and a spa. 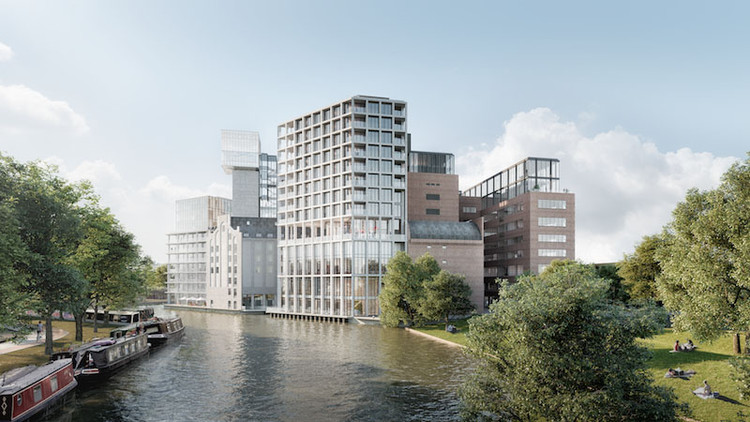 De Meelfabriek is located in one of the oldest university cities in Europe, Leiden, an alternative for commutable housing. Developer Ab van der Wiel had purchased “the redundant Meelfabriek flour mill in the Eastern, industrial part of Leiden”, saving it from the threat of total demolition by Leiden City Council. Part of his regeneration scheme for the city and its historical buildings, the industrial complex is a “Dutch historic landmark of national importance and one of The Netherlands’ largest and most prominent examples of the country’s industrial heritage”.

Atelier Peter Zumthor created a master plan taking into consideration the need for renovation works on the De Meelfabriek. In fact, he based his approach on preserving mainly the interior structures of the fabric, “giving these in some cases priority over facades”, leading the Paris based practice, Studio Akkerhuis, to develop an architecturally distinct restoration and remodeling of the project.

While the project calls for the preservation of the valuable structures of all the buildings, some of the facades will be restored while others are adapted to their new functions. The use of materials such as concrete, steel, and glass relate to the original industrial character of the complex. Structural steel and concrete are featured on the exterior of the new forthcoming additions, exposing the load-bearing structures and mirroring the functional and rational architecture from the past. -- Bart Akkerhuis, on his practice’s approach.

Composed of twelve buildings, the project will house a 110-room hotel, spa & wellness center, 159 loft apartments, shops, offices, and exhibition space. The architectural process will renovate old structures and add new extensions. With the first phase nearing completion, the project already comprises of a student block, an underground car park with a 45-meter tall residential tower on top, rehabilitated monuments into working space, remodeled brick and steel buildings into lofts and also commercial space on their ground floors. The landscape architecture, conceived by Piet Oudolf, aims primarily to reconnect De Meelfabriek to the urban fabric of Leiden. Moreover, LOLA, landscape architects have created the Singelpark, a 6.5 kilometer-long urban park, created by and for the people of Leiden. 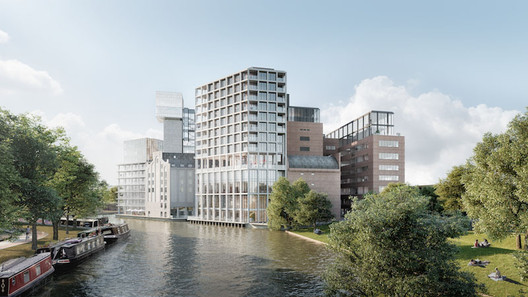