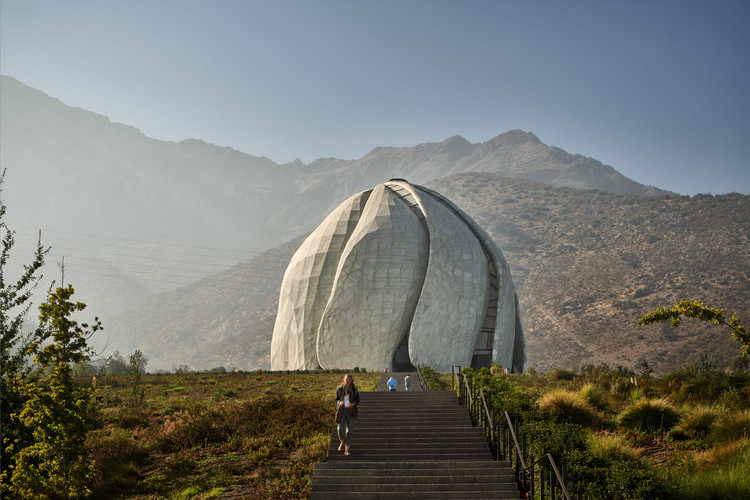 Siamak Hariri and David Pontarini founded the Toronto office in 1994 motivated by a shared commitment to design quality. In an exclusive interview with ArchDaily, Siamak Hariri explores his background in architecture and the practice, as well as the design process and details behind the Bahá’í Temple.

EB: Where does your interest in architecture stem from? Why did you choose to study architecture?

SH: I sort of fell into architecture. I was originally intent on being a doctor, however life is full of surprises.

EB: Why did you start Hariri Pontarini Architects, and what types of projects do you enjoy working on the most?

SH: Hariri Pontarini Architects was founded by myself and my partner, David Pontarini, in 1994 motivated by a shared commitment to design quality. We strive to create projects that are transformative and embody a community’s collective aspirations. We believe in architectural excellence that is expressed in the creation of enduring, rigorously conceived buildings and spaces that are seamlessly interwoven within their context and surroundings. Our architecture harnesses the transformative power of design, channeling the best aspects of each site and program into a distinct expression of the vision and values of each individual client.

EB: The Bahá’í Temple of South America was designed to “respond to a human yearning to come together, to connect to one another.” How can a building’s design bring people together?

SH: A central tenet of the Bahá’í Faith is the concept of unity – unity in diversity – and that all of the world religions are truly one and there is a common spirituality that links us all. Because of this, the program for the Temple was deceptively simple – a sacred, circular structure, with nine sides, welcoming people from all walks of life, all backgrounds, all religions, or no religion at all.

To do this, we had to imagine a new form. It is a sacred structure that could not draw from the language or iconography of any existing religions. It is a single room – a place of worship – where there is no pulpit and no clergy. We needed to create a new typology, one that was inclusive and embraced by all. We wanted a place where people could sit in quiet contemplation and share in the communal act of being with one another.

EB: How were you able to achieve innovations in materials, technology, and structure, like with the translucent marble from Portugal, and the exterior cast-glass panels?

SH: The vision for the Temple began with the concept of light – to design a building that would become alive with light as if it was radiating from within. Once this became the guiding principle, we began an intensive investigation into different materials that could achieve this.

Alabaster was originally selected as the primary cladding material, but after many rounds of testing, it became apparent that it was too soft to withstand the specific environmental conditions of Chile. This led us on a four-year journey, working in collaboration with Toronto-based glass artisan Jeff Goodman to develop an entirely new type of glass cladding. Material sheets were produced by firing fragments of Borosilicate glass rods in custom kilns. This resulted in glass that was imbued with subtle variations in translucency, movement, and color. Flat pieces were then CNC cut into a series of complex and unique panels. In the end, each wing of the nine-sided Temple contains over 1120 unique pieces of cast glass. The marble, which makes up the interior of the Temple was chosen for its delicate colour and translucency. Sourced from this tiny vein within a much larger quarry in Portugal, the owner had kept this particular stone for seven generations in his family, waiting for the right project.

The superstructure was also an important feat of innovation and engineering. Measuring 30 meters in both section and plan, it was a perfect circle and mirrored this idea of sacred geometry. Each wing featured over 700 unique, individually engineered slim-profile steel members and 281 unique nodal connections. The entire superstructure was engineered and prefabricated using aerospace technology, machine to machine.

In addition to all this, the area around Santiago is an active seismic zone, and the structure not only had to support the complex building, but also withstand these tremendous shocks. Collaborating with three universities (one in California, one in Canada and one in Chile), we developed a system with seismic base isolators where the building is able to sway up to 600mm in any horizontal direction in the case of an earthquake before re-centering itself.

EB: How did collaboration play a part in the Bahá’í Temple design?

SH: The sense of openness and collaboration that pervaded this project was truly extraordinary. Hundreds of people worked on it with great dedication, enormous skill, and put themselves at the very frontier of what is possible in architecture. It was a team effort including artisans, engineers, and craftspeople from Canada, the United States, Europe, and Chile. Above all, our gratitude extends to the Universal House of Justice (the governing body of the Bahá’í Faith) which was our unwavering source of guidance, courage, and constancy throughout the process.

EB: The 2019 jury of the RAIC International Prize noted that the design was “timeless and inspiring.” How do you believe the project is timeless?

SH: One of the mandates from the Universal House of Justice when commissioning this Temple was that it must last for 400 years. This is obviously a difficult and astounding design constraint, more so given that the Temple is located within an active seismic zone. I believe the timelessness however comes from how the Temple has been embraced by the community. These questions of connection, of inclusion, of one’s relationship with something larger than oneself– these are questions of not just architecture, but of humanity.

EB: The prize recognizes projects that are “judged to be transformative within its societal context and expressive of the humanistic values of justice, respect, equality, and inclusiveness.” How do you believe the project embodies the values of the Bahá’í Faith and unity in diversity?

SH: The Temple really has become the embodiment of this community’s aspirations. Drawing people from all walks of life and welcoming them, its impact has extended further than we could have ever imagined. It holds an important place within the Chilean social landscape, hosting community clubs, youth outreach programs, and children’s activities in partnerships with local schools. Since opening in October of 2016, it has welcomed more than 1.4 million visitors from around the globe. Our hope for the Temple is that it continues to be a timeless place where people feel at home, connected to one another, and to something that moves the spirit. 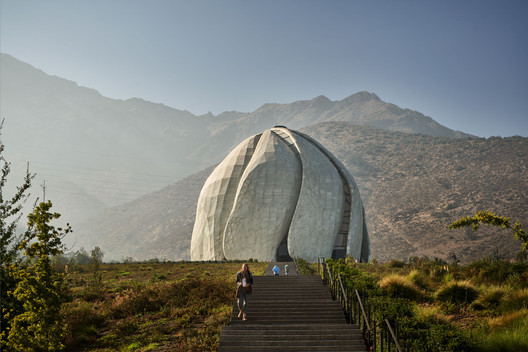