Save
Restoration of Abandoned Church Connects Man, Nature, and God
Share
Or
Copy

Changtteul Church, is an old place of worship in Gyeonggi-do, South Korea, that gets its name from the term "changtteul", meaning "a frame containing a window", in Korean. As its name suggests, the building's character lies in its series of windows, giving the visitors both outside and inside a unique experience of light and scenery.

Designers Hanyoung Jang and Hanjin Jang of studio minorormajor utilized the windows of Changtteul as a metaphorical motif for their design concept: the first being the 'window between man and God', and the second being ‘the window between man and nature’, immersing the abandoned religious facility with dramatic experiences. 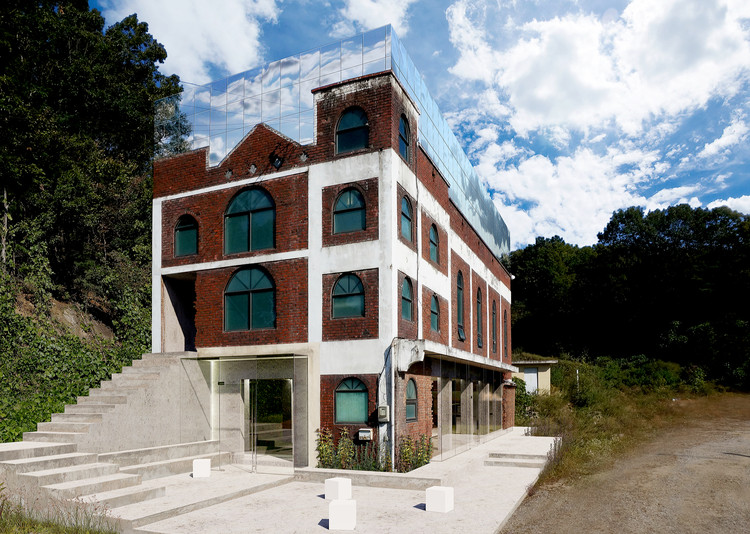 The 108.58 sqm building consists of three floors: the communication lounge on the first floor, the contemplation space on the second floor, and the implementation of a "boundary-less" space on the roof.

Visitors can experience the 'window between man and nature' on the first floor, due to the removal of the front and back walls. The walls are replaced with clear glass, creating an illusion that the land is extending from the outside into the inside. As for the tangible experience, a low bench is installed to give visitors the ability to feel the land beneath their feet.

On the second floor, specially machined stainless steel panels (mirror-like finish) are installed on the ceiling, giving the visitors the metaphorical sense of 'window between man and God'. The feeling of "someone watching over" is further experienced with the reflective glass windows all around the space.

Upon reaching the rooftop, visitors are met with heavenly-like emotions, seeing the world beyond bound spaces. Reflective panels are installed on all four sides (both indoors and outdoors), giving the spectators on the inside a sense of emancipation, and those outside a vivid silhouette of the structure as it camouflages with its surrounding. The designers also chose to install an uneven, "flowy ground" to give the visitors a sense of illusory. Looking up above, visitors standing on the rooftop level see nothing but the sky. 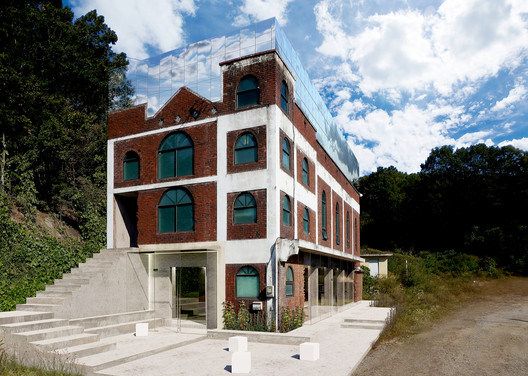