Save
Female Architects, We See You
Share
Or
Copy

Women are imperative members of the design community, creating innovative and inspiring work in the fields of architecture, design, and urban planning. However, even with the rise of the women's movement, their contributions are still being questioned, compared, or taken for granted.

Metropolis Magazine looked back at the history of feminism in architecture, shedding the light on the times when the advocates witnessed unprecedented progress, and times when they lost their advantage.

Female architects, I see you... I see you in your hard hats or Nike kicks designing, curating, teaching, and writing. I see you helming firms and leading architecture schools. I see you opening Rhino, crunching spreadsheets, and juggling work-life balance...If we can't see ourselves, who will see us? - Mimi Zeiger, Metropolis author

Although the number of female architects has increased over the past couple of decades, their impact remains transcended by the works of men in the industry. University of Buffalo's School of Architecture and Planning professor Despina Stratigakos published a book in 2016 titled Where are the Women Architects? In the book, the author posed the question to provoke the readers, since she realized that there is a richness in the history and people, but did not see them reflected in museums and publications.

Perhaps the first attempt to shed the light on women in architecture was during the 1970's exhibition and publication titled Women in American Architecture: A Historic and Contemporary Perspective. The event was organized by the Architectural League of New York and its newly founded Archive of Women in Architecture, at the Brooklyn Museum in 1977. The exhibition was filled with drafting tables and presentations of women who have contributed to the industry throughout history and contemporary times.

To answer the question of "where are the women architects", women fall in the trap of having to be exceptionally great to be seen, due to the remarkable works and stardom of Zaha Hadid, Jeanne Gang, and Elizabeth Diller. Along with the "star system", cultural and historical conditions have kept people from recognizing the works of female architects and designers. Conditions such as gender discrimination, racism, sexual orientation, limited access to architecture schools, lack of technical education, and domestic work responsibilities have all stood in the way of recognizing women in the field.

How many women partners in the most important offices are married or devote significant time to developing and enjoying a ‘personal’ life? Until that changes, until women are more nearly as free as men to devote their energies to their profession, the difficulties of reconciling the demands of personal and professional life will continue to be a major obstacle for women. - Susana Torre, editor of Women in American Architecture Catalog

Today, the world is more conscious of feminist practices. People are more aware of female designers, consultants, and builders, embracing gender equality, sexual identity, and issues of race. Metropolis author Mimi Zeiger digs deeper into the history of feminism in architecture and interviews key members of the women's movement who helped provoke change in the design and architecture industry, in her full article. 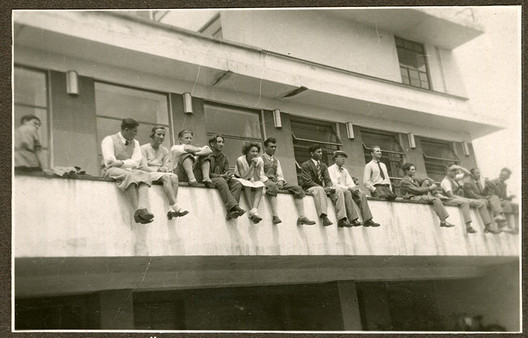