With a very bold and pioneering move, the UK for the first time is prioritizing cyclists and pedestrians. The city is making pressures on skyscrapers by issuing new rules on the design of the high-rises in order to prevent the creation of wind tunnels.

The reason behind the drawing of these new regulations is due to concerns that skyscrapers are generating wind tunnels capable of knocking over cyclists and pedestrians. The City of London Corporation had declared that the new guidelines were not in response to any particular incident. Nevertheless, the English skyline has recently integrated a couple of buildings with important heights like the Leadenhall Building and the 39-story Walkie-Talkie. 6 new additions are under construction and 7 are receiving planning consent, with heights ranging between 78- 305 meters.

“With the number of tall buildings in the Square Mile growing, it is important that the knock-on effects of new developments on the wind at street level are properly considered.” -- Alastair Moss, Chairman of the corporation’s planning and transportation committee.

Reports started surfacing after “the Bridgewater Place tower has caused multiple road closures and the death of a pedestrian when a truck was blown over,” and the Walkie-Talkie’s shape, completed in 2014, resulted in reflecting powerful sun rays on the streets, and wind conditions in the surrounding streets were reported unstable. A lot of cyclists have also allegedly experienced problems in Bishopsgate, the site of the 230-meter Heron Tower, the City’s tallest completed skyscraper.

“Anywhere where a tall building goes up, you find that somewhere you could be previously cycling happily, there is a wall of wind. You can suddenly be really struggling. In the rush to put up tall buildings, no one has been thinking about what it means for aspirations to make cycling and walking simpler and safer. It’s great that someone has started now.” -- Roger Geffen, the policy director at Cycling UK.

These new sets of rules dictate that developers provide safety assessments of how people on street level will be affected by their buildings, using detailed scale models and computer simulations. The City of London will also reduce the level of tolerable wind conditions and classify anything more than 8 meters per second (18mph) as uncomfortable. More tough guidelines include assessment of wind impacts at the very beginning of the design development, and additional checks for exposed spots near the Thames, or near schools, parks or hospitals.

“There is a well-documented risk of concrete canyons … creating wind conditions where pedestrians can be knocked off their feet or cyclists can be pushed sideways into the path of motor vehicles”. -- Simon Munk, London Cycling Campaign. 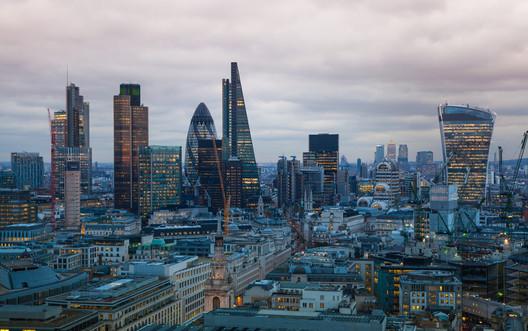