With its simple geometry and classical arrangement, Stockholm’s Public Library is a difficult building to characterize. Designed by noted Swedish architect Gunnar Asplund during the 1920s, the library is the physical manifestation of a transitionary period in both the rationale of its designer and the shifting values of European architecture. The ultimate result is a deceptively complex synthesis of styles presented in a visually straightforward package: the fading influence of Neoclassicism juxtaposed against the emergence of Rationalism.

Swedish architects of the late 19th Century were faced by a difficult decision. Much like the rest of the world, they had started to reject the Classicism that had characterized European design for centuries. But, at the same time, there was no clear “replacement” available. Increasing cultural divergence with Norway and Finland and mass emigration from Sweden to the United States in the closing years of the century had created a strong push for national identity, making the use of Art Nouveau—a foreign, ‘international’ aesthetic—unattractive to the new generation of architects. Instead, they sought to blend aspects of the country’s traditional architecture with Modernist rationale, resulting in the uniquely Swedish “National Romanticism.”[1]

It was in this atmosphere of nationalism versus Modernity that Erik Gunnar Asplund began his architectural career. A Stockholm native, Asplund joined with several of his peers to found the Klara School, an institution which flouted the fading Neoclassicism in favor of the nascent National Romanticism. Until the First World War, Asplund’s projects were faithfully designed in Sweden’s new style, but as early as 1915, classical elements began to appear in his work. The result was an eclectic mix of traditional Scandinavian and Greco-Roman motifs, setting the stage for his more direct experimentation with classical forms in the 1920s.[2]

In 1918, Asplund joined the committee devoted to designing and building Stockholm’s first central library. Because the group had been studying options for the library’s design since 1912, Asplund did not start his work from a blank slate: the notion that public libraries were a product of the French Revolution was already a guiding consideration for the committee, one which the architect would respect as discussion went on. Asplund also traveled to the United States in 1920 to tour contemporary libraries, during which time he was also introduced to America’s own strain of Revolutionary architecture.[3]

The following year, Asplund presented the analysis and report of his research to the rest of the committee. The central goal of the library, he posited, was to provide knowledge, in the form of books, to the public as easily as possible. The library, therefore, was to be organized in such a way that finding the particular book one needed should be as efficient and straightforward as possible. Although the underlying premise of the new institution was a classless one, Asplund also realized that establishing its legitimacy in the community required a degree of monumentalism, a decision which critics later derided as being antithetical to the humble nature of a public library.[4]

Asplund’s design for the Stockholm Public Library was, at first, purely traditional, with a coffered dome, porticoed entry, and lavish exterior wall treatments more suited to a palazzo than a 20th Century library in Scandinavia. The layout of this scheme was essentially retained but, in Modernist fashion, was distilled down to its most primitive geometric elements: a cylinder emerging from a rectilinear box. Sitting at a slight angle from the street and the surrounding landscaping, the austere bulk of the library is seemingly magnified. The walls are finished in stucco, allowing the formal purity of the structure to maintain its full visual impact on visitors and passers-by.[5]

Visitors to the library ascend (process up) a staircase and through an Egyptian-style doorway into the library’s main space: the reading room. Occupying the central cylinder, the reading room is a cavernous space ringed with three terraced levels of open shelving. Above the book stacks, the roughly stuccoed walls rise the full height of the cylinder, with light streaming in from a ring of windows near the flat ceiling. In keeping with the library committee’s original findings, the space is highly reminiscent of the work of Etienne Louis-Boullée, a French Revolutionary architect with a similar flair for the monumental.[6,7] The space was also intended as a reference to the Roman Pantheon, in which the coffers would have been replaced with recessed skylights. The decision to replace the dome with a flat roof meant that the reference was ultimately a more abstract one, although the library’s paving is still similar to the Pantheon’s marble floor.[8]

Upon its completion in 1928, the Stockholm Public Library marked a turning point in not only Asplund’s work, but in the greater course of Swedish architecture. National Romanticism had vanished from Asplund’s vocabulary in the creation of the library, abandoned in favor of a more universal aesthetic based more on Enlightenment values. Other Swedish architects similarly turned away from their homegrown style as rational Modernism overtook the country; although Asplund himself would embrace Functionalism in later projects, he continued to synthesize Classical motifs with the new paradigm.[9,10] Although Asplund may not be as well-known as his contemporaries Walter Gropius, Mies van der Rohe, or Le Corbusier, his work has earned him a place as one of Sweden’s most celebrated designers – the man whose Stockholm Public Library came to define his nation’s architectural identity in a time of uncertainty and transformation.[11] 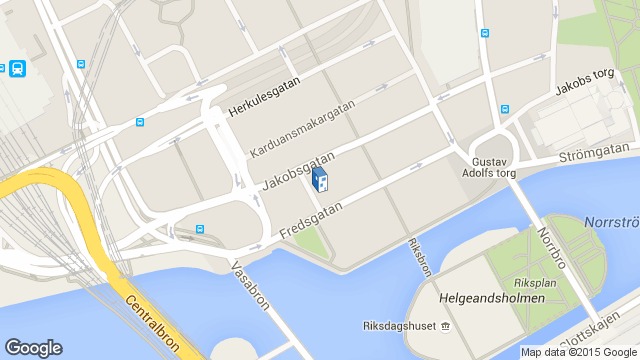