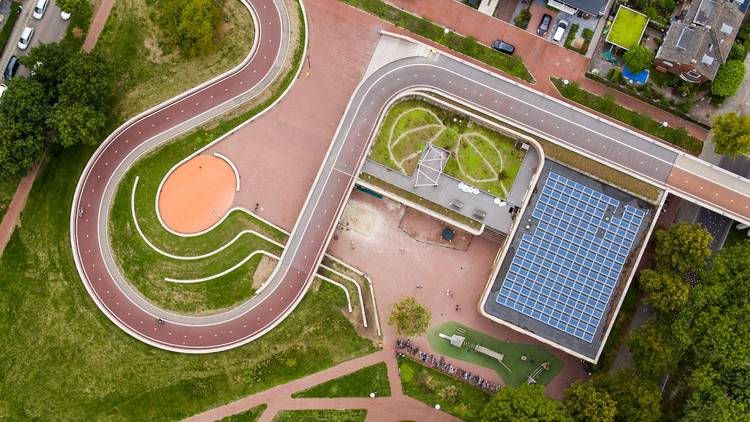 Text description provided by the architects. The bridge is a winning design by NEXT architects and Rudy Uytenhaak Architectenbureau in collaboration with Arup and Bureau B+B commissioned by the city of Utrecht. What makes this bridge so special is the inventiveness: the structure integrates a cycle and pedestrian bridge with a school and public garden, forming one single cohesive design. The doublé land use with the máximum space for greenery makes the Dafne Schippers Bridge unique, not just as a bridge but also as a destination.

When cyclists make their way from the centre of Utrecht via the district of Oog in Al to the new district of Leidsche Rijn, a long bend takes them upwards through the Victor Hugo park, passing the roof garden on the roof of a school. “In one fluid movement, the cycle route, park and school are brought together to form a cohesive whole of infrastructure, architecture, and landscape,” tells Marijn Schenk, NEXT architects.

With 110 metres in length, the Dafne Schippers Bridge is an impressive structure: the deck is suspended 9 metres above the water and the highest point stretches almost 35 metres above the water. At the same time, it seamlessly fits into the densely built environment. A Slim suspensión bridge is hanging between two asymmetric pylons. On the Leidsche Rijn side, the pylon becomes a powerful landmark; on the school side, a smaller pylon links up with a row of trees.

On a daily basis, the Dafne Schippers Bridge will allow more than 7000 cyclists to gain much time on their route. At the same time, by connecting the city in a new way, and by designing the bridge, school, and park in an integral manner, the bridge becomes more than just a fast route from A to B. 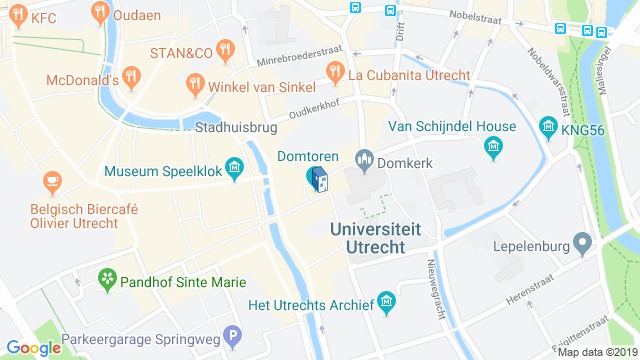 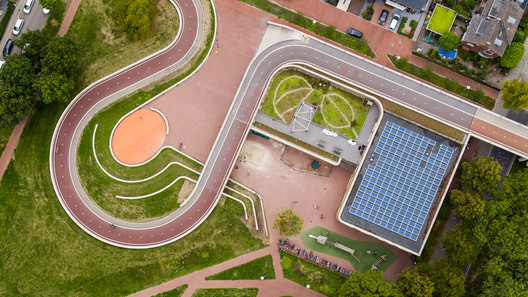