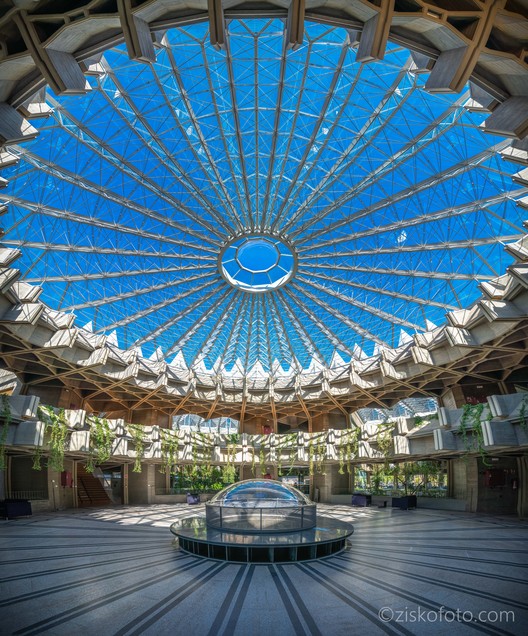 Fernando Higueras, who died in 2008, left his mark on Spanish architecture with his unique balance between constructivist and organic architectural styles. Higueras was also a musician, painter, sculptor, and photographer and was awarded numerous accolades in the aforementioned fields throughout his career, as well as in architecture. In 2002, Madrid City Council declared three of his projects to be protected: La Corona de Espinas, the Estudio School in Aravaca, and the UVA de Hortaleza.

La Corona de Espinas was built from 1967-1970 and is located in Madrid. The circular structure is composed of reinforced concrete, which remains exposed. Yet this typically brutalist material is countered by the radially symmetrical form; radial symmetry is found frequently in nature and the building’s uncompromising round shape gives it an idealistic, anti-functionalist quality.