Gottfried Böhm is a German architect who was awarded the Pritzker Prize in 1986. His father, Dominikus Böhm and his grandfather Alois Böhm were both architects, as well as three of his sons, among them, Peter Böhm. Few people know that he has two projects erected in Brazil, in Brusque and Blumenau - two cities highly influenced by German culture. Photographer Ronaldo Azambuja shared with us his series of photographs of the mother church Igreja Matriz São Luiz Gonzaga in Brusque. The text was written by Angelina Wittmann, architect, and researcher. 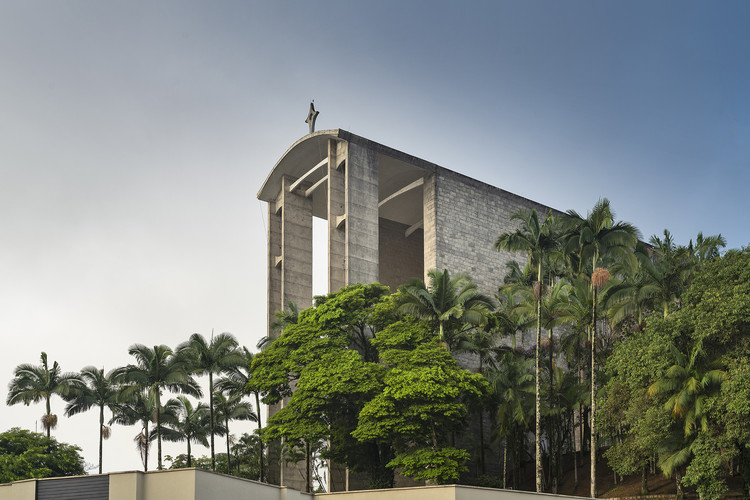 The Igreja Matriz São Luiz Gonzaga mother church is located in the city of Brusque in the state of Santa Catarina, Brazil. Its architecture stands out in the city landscape, having a similar concept to that of another church in the region - the Cathedral São Paulo Apóstolo de Blumenau. Both projects were created in the same architecture office in Germany which belonged to a family of architects. There, worked the architect Dominikus Böhm - father of Gottfried Böhm, author of the Brusque church project. Dominikus Böhm was a reference in Europe when it came to designing churches. He built his first church in 1910 and by the end of the 1920s was already very well known and had many buildings erected in Germany.

Appointed by Pope Pius XI, Dominikus was introduced to the Franciscan Order of Blumenau in order to design a new church for the city. He never saw the completion of his design, passing away in 1954 before the building's inauguration, and leaving Gottfried Böhm to continue his work. While in Blumenau in 1953, he was invited by the president of the construction commission - Guilherme Renaux - to go to the city of Brusque, that was when he was asked to design the city's new church. It is impossible to talk about the Brusque project without mentioning both Böhm architects, father and son.

The church in Brusque became the third temple to be located on the uneven terrain, which had a difference of more than 20 meters in height. After a visit to the site in 1953, the project was developed in Germany. In an interview, the architect regretted not having been able to follow the execution of the project.

"It is very complicated, however, getting things right when you don't monitor them regularly, as happened in Brusque, and unfortunately not everything turned out as it should have. Nevertheless, it has a privileged condition due to its majestic staircase." Gottfried Böhm: (NOLL, 2014)

In order to locate the church on the land, earthwork was necessary to create a plateau. The cornerstone was laid in 1955 with a big popular festivity, and in 1962 began the celebration of masses. During construction, it was considered keeping the old church until the new one was finished, however, the steep land slope did not allow the idea to be accomplished. A monumental portal was created covering the access stairways.

The churches gray tones result from the use of gray granite blocks extracted from a local quarry, at the hills of the Volta Grande neighborhood, creating a monochromatic color scheme that refers to Modern Architecture. These colors come from the use of specific materials on the floor, windows, walls, and ceiling.

While the interior space of the church resembles a "cave" - rejecting the exterior through thick and closed stone walls, with almost no openings - its "lacy" glass ceiling allows the light to enter creating indirect lighting, combined with a thin layer of concrete that "moves" in curves.

The works of Dominikus and Gottfried consist of volumes resulting from simple and proportional compositions using stones, bricks and reinforced concrete, revealing their natural finishes. The spatial and architectural outcome engages with the land and its immediate surroundings, bringing the architects closer to German expressionism. The expressionist compositions are also characterized by the presence of rustic materials under the effect of light, exalting a certain drama. Gottfried applies an expressionist language, but he also develops more intense formal experiments by giving his work characteristics of the brutalist movement - visible in his work in Brusque and also through his appropriation of topography. In addition to exploring the effect of light in architecture, the brutalist style makes use of topography as an asset that contributes to the final composition, combining both architecture and landscape. Through working with landforms, Gottfried achieved the shape of the staircases and the entrance atrium, revealing a majestic ceiling height.

The interior of the church was soberly decorated avoiding the typical finishes of traditional religious temples. Vertical surfaces made of gray stones and exposed architectural concrete are complemented by the use of cobogós, reminiscent of fish scales. In addition to the scales, other Christian symbols are depicted in the stained glass windows, such as fishes, grapes, crosses, and wheat. Adjacent to the altar, the stained-glass windows reach down to the floor, providing a more intense illumination in this inner part of the church.

Gottfried Böhm's architecture, driven by an expressionist and brutalist approach, conveys visual sensations intended to surprise the observer. By experimenting with new materials, he creates an alternative to rationalist architecture and its perfect, smooth and plastered façades. The Igreja Matriz São Luiz Gonzaga has a floor plan that resembles a Roman basilica - a large building, usually consisting of a central nave, two side-aisles, and one or more apses. The mother church has two rows of columns demarcating the main nave - which allude to a tripartite nave - and slightly vaulted slabs originally built in exposed architectural concrete - under the influence of Dominikus, who made use of this material in the 1920s long before it gained grounds in religious architecture, or even architecture in general, especially from the 1960s onward.

A strong attribute in Böhm's designs was the use of Gothic and Roman vernacular styles, which were unusual in modern architecture from a spatial point of view. Despite its modernist building techniques and materials, the churches in Brusque and Blumenau display spatial traits and elements of Gothic architecture, such as verticalism, monumentality, the flying buttresses - portrayed in the external elements that hold the large and high walls -, vaults, stained glass windows, symmetry, among others.

The Igreja Matriz São Luiz Gonzaga church allows us to experience a dramatic atmosphere created to reflect sacredness in its purest form, through the use of materials taken from the surrounding area. The richness lies in the arrangement of the stained glass windows, which allows the light to reach the heavy stone walls creating a heavenly atmosphere - as in medieval Gothic cathedrals - however, with the simplicity of materials in their natural appearance.

Angelina Wittmann graduated in Architecture and Urbanism from the Regional University of Blumenau (1997) - Blumenau SC. She holds a Master's degree in Urbanism, History and Architecture of the City from the Federal University of Santa Catarina (2008) - Florianópolis SC. Author of the books: A Estrada de Ferro no Vale do Itajaí- Resgate do Trecho Blumenau a Warnow [The Railroad in the Itajaí Valley - Rescue of the Blumenau to Warnow stretch], and Ferrovia no Vale do Itajaí – Estrada de Ferro Santa Catarina - Edifurb [The Railroad in the Itajaí Valley - Santa Catarina Railroad]. She is a member of the faculty board of the Architecture and Urbanism Course - UNIDAVI - city of Rio do Sul - SC. Researcher in the areas of Urbanism, History, Architecture of the city of Blumenau and Santa Catarina. And writes the blog Angelina Wittmann – Arte Cultura – História e Antropologia [Angelina Wittmann - Art Culture - History and Anthropology]. 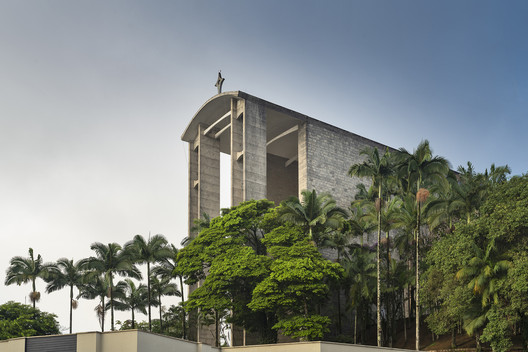