Save
By the People, For the People: What is Public Architecture, According to our Readers

The role of the public realm is to illuminate human events by providing a space of appearances, a space of visibility, in which men and women can be seen, heard, and reveal, through word and action, who they are. For them, appearance constitutes reality, and its possibility depends on a public sphere in which things can come out of a dark and sheltered existence. - Fina Birulés

On this topic, many authors within the academic circle support very diverse opinions on the course of action for public design proposals, yet always agree on an understanding about the complexity of this issue, which involves several areas beyond architecture and urbanism. There are social, economic and political issues, as well as matters of safety, security, welfare, and several others that concern the community and, therefore, should undoubtedly be part of the public debate and open to the opinion of citizens, who will be, by definition, the users of these spaces.

When questioning readers from different countries, it is interesting to observe that the answers vary in terms of focus but in all cases, there is a common sense that collectivity should be implied in these spaces. Some answers are more direct and affirmative, relating to the design itself: "I think it has to do with urbanism. With the squares, with public places, sidewalks,", or even, "street elements, like urban furniture," while other opinions convey a perception of a certain atmosphere that should exist in this type of program, such as "everyone's true home" or simply "interaction."

A common tone also shows up among the responses in more categorical examples, expressing the political dimension of these programs, such as:

The name already says it all, for the public. Access with no class barriers. I believe that all of them [architectures] should be like this.

A platform that invites people from different backgrounds to discover and interact.

Or even, "not just an oversized slab foundation, but a space that allows me to evolve," it's a "place where society's diversity and heterogeneity coexist harmoniously," and furthermore, a "place of common-use, one that commits to the public sphere and negotiates with the private."

When designing public spaces, it is essential to consider these perspectives, since they are the main elements for maintaining a democratic territory and promoting plurality within cities. This understanding becomes evident in some of the answers we received, such as: "Architecture that involves a community. Public architecture must have a communal value," or "public architecture must reflect the history and culture of the city". Other statements corroborate this by affirming that public architecture involves "designing a democratic urban space with the collaboration of citizens," "the possibility of intervening to improve life in society", and also:

A place where free people thrive.

In this sense, comments regarding access to these places were also made. According to some of our readers, public architecture should "meet the needs of every human being and make places accessible to all", by featuring "well-thought-out spaces, available for everyone to enjoy freely". Furthermore, it should:

Some other responses reinforce the ideas of collectivity and diversity implicit in this discussion. Ideas such as democracy, sustainability and the possibility of improving one's quality of life often appear in the comments. These opinions suggest that public spaces should be "green, clean, self-managed and self-organized," "free, democratic, sensitive and broad," reflecting "the physical expression of human activities in a certain space" and embodying "the possibility of intervention in order to improve living in society." 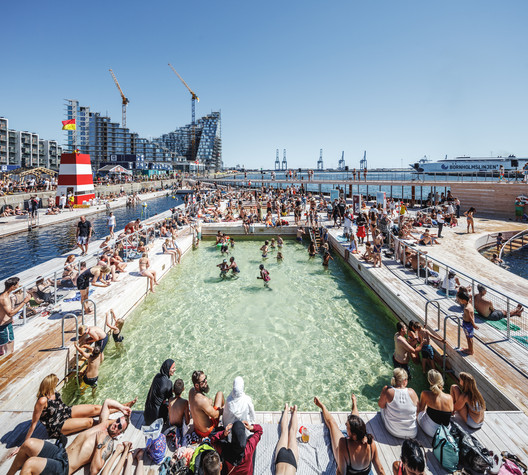