In the proposal, nine galleries will facilitate discreet private sales for dedicated small objects such as watches and jewelry. Three two-story spaces will be set aside for exhibitions, along with a 150-foot-long space for full collections, according to The New York Times. The new space will include “dynamic repertoire” of "spatial conditions", including a white cube, double height, enfilade, corridor cascade, octagonal, and an L-shaped space. 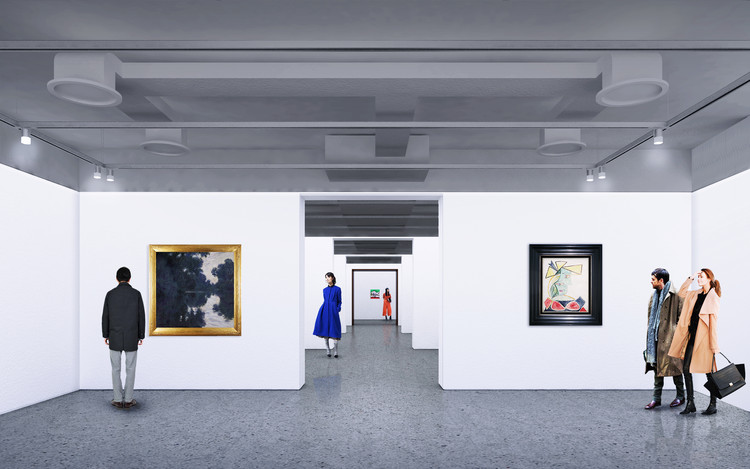 We wanted to embody Sotheby’s ambition to reinvigorate and enhance the client experience by introducing high-flexibility through reorganization of programs and diversification of gallery spaces. The new headquarters is designed for openness and discovery—all public facing programs are shifted to lower levels, unlocking the public potential of the building. A taxonomy of galleries can be used separately or as clusters to allow curatorial freedom, driven by business model shifts and expanding repertoire of programming.
-Shohei Shigematsu, OMA

News of the scheme comes shortly after OMA released a construction update for their performing arts center in Taipei. The firm also recently celebrated the topping out of its stacked RAI Nhow Hotel in Amsterdam. The firm's founder Rem Koolhaas was also recently featured on the album for electronica band Tempers. 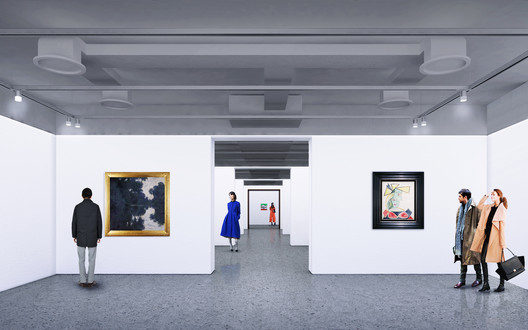