They say diversity is key for a strong portfolio. Now OMA's Rem Koolhaas can add “featured artist on a musical album” to his resume. New York-based duo Tempers, in collaboration with German artist Katja Eichinger, feature Koolhaas in a mall-themed concept album.

Koolhaas was interviewed at KaDeWe, a department store in Berlin currently undergoing remodeling by OMA. The group then interspersed clips from that interview into their November 2018 album, titled “Junkspace” after Koolhaas’ 2001 essay about shopping malls and architecture.

Each song on the album references a different aspect of malls, with track names like “Escalator” and “Fake Palm Tree.” Lead singer of Tempers, Jasmine Golestaneh, says that Koolhaas’ ideas about psychologically manipulative public spaces relate to her own childhood experiences. Through overlayed electronic beats, Koolhaas speaks about shopping centers, consumer culture, and why people shop, giving authenticity to an album based around architecture. 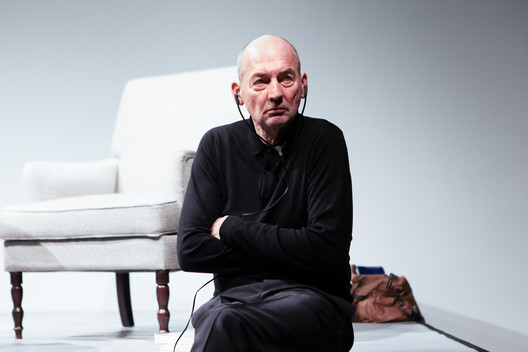