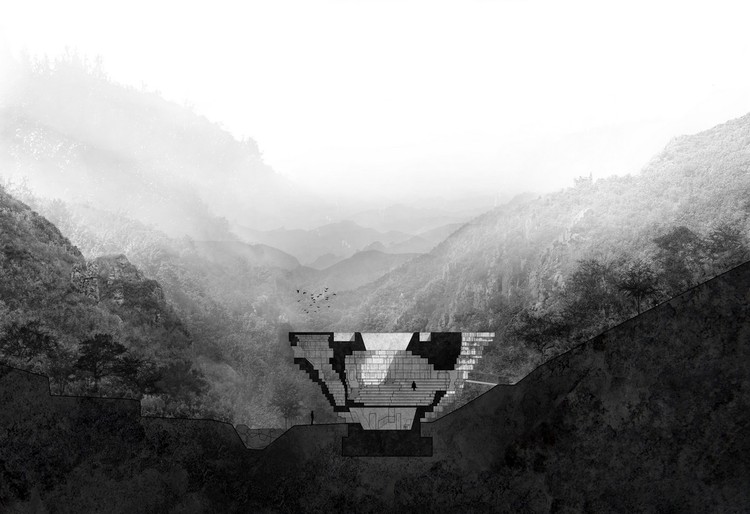 “The risk that it’s taking is to say we can reinterpret the purpose of building types in a day where a lot of these typologies don’t make sense anymore. It’s a different paradigm than a new opera house—it is looking at an open-air site being an opportunity for a sound experience that anyone can take part in.” —Claire Weisz, FAIA

The 790 square-meter concert hall includes a semi-outdoor amphitheater, outdoor stage, and viewing terrace. The building form is driven entirely by its function as an instrument for sound rather than any programmatic conventions. Instead, the interior shape was inspired by the contours of shells, wooden instruments, and the human ear. From that starting point, through digital optimization, the acoustic properties were finessed to produce the best possible sound quality. The openings at the top and sides of the building are placed strategically to avoid unwanted reverberations while simultaneously allowing in natural sounds and creating views.

The project site is in a location known for its remaining pieces of the Ming Dynasty Great Wall and the design opens itself up to these incredible surroundings. Much of the seating is outdoors on a lawn, with the building acting as a bandshell. The semi-indoor amphitheater seating leads upwards, then proceeding along winding stairs to the top of the building, visitors reach a plateau and are surrounded by a panoramic view of the valley and the Great Wall.

Constructing the building entirely from concrete using natural aggregate from the rocks on-site helps it blend into its environs and simplifies construction. The layered exterior form was modeled on the rock formations found in the surrounding mountains, yet consciously asserts a human intervention instead of simply mimicking natural stone. A cave-like space, yet created with mindful details, results in a finished work that offers comfort and respite to visitors.

Even when no events are taking place, the building can serve as a space for reflection where visitors from Chengde or farther afield can sit and watch the changing natural light and weather, surrounded by the sounds and sights of nature. The openings in the roof allow sunbeams and rainwater to wash into the space, the water trickling out through floor channels. Birds, insects, and breezes through the trees create a natural harmony. The Chapel of Sound not only reimagines the typology of a concert venue, but asks us to reimagine the definition of a concert itself. 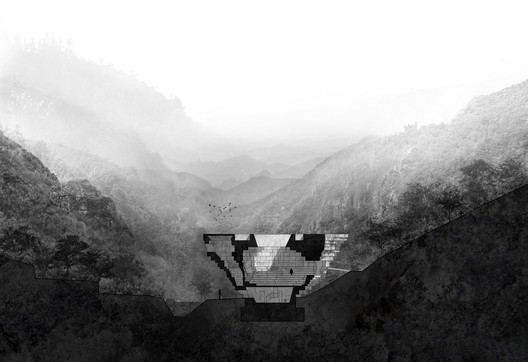