Farshid Moussavi Architecture has won a competition to design the first Ismaili Center in the United States. To be built in Houston, Texas on an 11-acre site along the Buffalo Bayou, the project will be completed with with AKT II, Nelson Byrd Woltz Landscape Architects and DLR Group. The team beat out a shortlist including David Chipperfield Architects, OMA and Studio Gang. As the seventh center built worldwide, the building will be a cultural and religious space for Houston’s Ismaili Muslim community.

Ismaili Centers are made to be symbolic markers of the permanent presence and core values of the Ismaili community around the world. Sited in central Houston, this project will be home to one of the largest Ismaili Muslim communities in the United States. It is expected to include a Jamatkhana, or prayer hall, educational spaces, a social hall, and several multi-purpose meeting and conference spaces. Houston is also among the most ethnically diverse metropolitan areas in the country and ranks first in total park acreage among major US cities. Green spaces and the external environment have comprised key elements of Ismaili Centers globally, and will be a central part of the new project.

The selection of architects follows the announcement made by Mawlana Hazar Imam during his Diamond Jubilee visit to the USA in March 2018 to build a high-profile Center in Houston. Farshid Moussavi commented on the project, saying that "Our team brings a broad perspective for the Ismaili Centre, with diverse skills and experience in international practice, scholarly research, multidisciplinary thinking and delivering cultural projects successfully in the United States. I am honoured to partner with the Ismaili Muslim community to design the new Ismaili Centre in Houston. It will bring Houston’s diverse communities together in a unique space for cultural, educational and social activities."

Houston’s Mayor Sylvester Turner welcomed the announcement. “The Ismaili Center will be a place where Houstonians of all backgrounds, faiths, and walks of life will find engaging, thoughtful, and compassionate programs, and people. That will be in keeping with Ismaili values and the values of the Ismaili leader, the Aga Khan, who last visited Houston in March 2018. It’s fitting that the Center will be designed by a world-renowned architect who has lived, studied and worked around the world, and that the green space will be designed by a landscape architect who has already worked on a major Houston park. This is a milestone for our city.”

The Ismaili community in the United States began with students arriving in the 1960s and is established today in almost every state, with a large presence in Texas. For a number of years, the USA Jamat has organized educational and cultural events in collaboration with local and state governments, universities, museums, and faith organizations, to develop greater understanding between communities. Once complete, the new center will serve as a national hub for the social, cultural, and intellectual activities of the Ismaili Muslim Community. 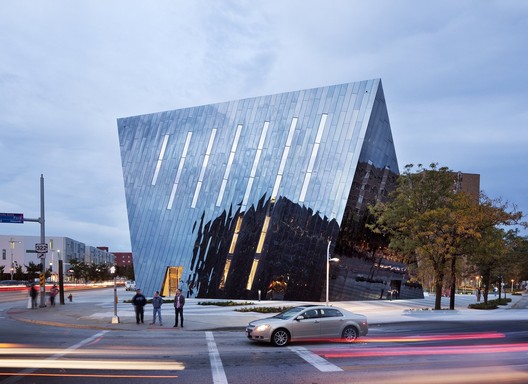