Save
The Possibilities of Pigmented Concrete: 20 Buildings Infused With Color
Share
Or
Copy

When we think of concrete, the color gray generally comes to mind. The traditional mixture of concrete, which comprises cement, gravel, sand, and water may vary in color depending on elements and admixtures but naturally varies from light to dark gray. However, compounds that add pigment to the mixture are becoming increasingly prevalent and popular,  as they infuse the concrete with hues more stable than paint. These shades result from the addition of oxides:  yellow, red and their derivations (eg. brown) are obtained with the addition of iron oxide; chromium and cobalt oxide create the greens and blues, respectively. For black concrete, it is common to use black iron oxide and carbon oxide combined with pozzolanic cement. 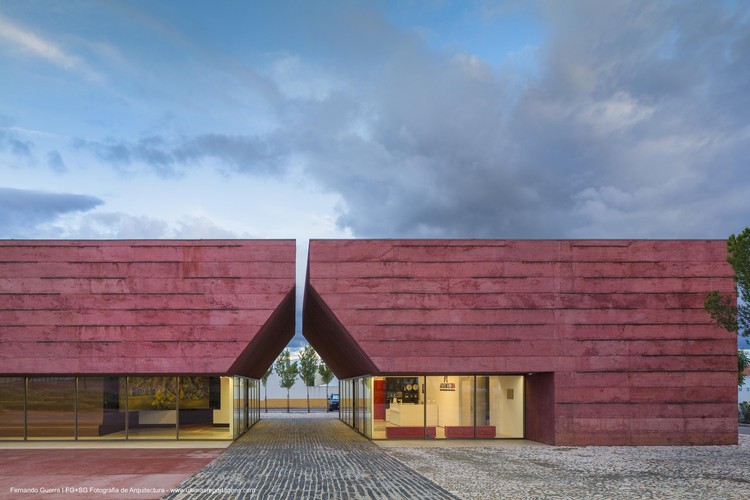 Pigmenting the concrete can go beyond the aesthetic function. It can work  to enhance the impression of a volume, contextualize a building in its surroundings, or even refer to the design concept. See below a selection of projects that use pigmented concrete, and note its possibilities:

In this residence, the architect makes a striking contrast between the dark exterior, the wooden frames, and the completely white interior.

"Depending on the season, time of day, climate and incidence of light, the facade changes constantly in character." "The matte surface of the concrete pigmented with anthracite responds to its surroundings."

"The visible pigmented concrete defines the structural volume. Anthracite zinc has been chosen to coat a few facade panels."

"Casa Terra comes from the interleaving of parallel walls made of pigmented concrete perpendicular to the central circulation gallery. The articulation between these components generates spaces that sometimes delineate residential functions or create patios that open to the main garden.

In this case, the pigmented red concrete mimics the original historical building.

"The volume of the building reminds us of the tactility of traditional medieval construction, with rugged and textured surfaces, achieved through the use of pigmented concrete with gross and irregular expression, very close to the primitive textures obtained by the human hand."

"Through various laboratory tests and several samples, a colored concrete was selected with a "blend" between natural iron oxide pigments and the addition of lubricants to make the concrete workable according to the shapes of the molds."

"The concrete wall that supports the upper construction divides the site longitudinally, giving independence to the service areas. This piece was pigmented with iron oxide, the presence of this material increases from the reflections of light, and accompanies the transition between areas external and internal."

The pigmented concrete was layered so that the top layer spilled over that of the anterior. "It's the crying house," said a carpenter, while polishing the furniture, "perhaps the only way to avoid aging is to be born old."

"The red color emphasizes the originality of the new fire station. All surfaces were constructed with pigmented concrete to highlight the monolithic character of the building. The volume dimensions remain recognizable from the outside, almost amplifying the massive appearance of the structure.

The building can be immediately recognized thanks to its dual pyramid towers and the red concrete used in its construction.

"Its materiality responds to the nature of the square, to its exogenous conditions, its volume is pierced in such a way that it builds looks and controls the sun."

The building is a passage between two others. Through the red pigmented concrete, it simultaneously merges and detaches from the previous volumes.

"All facades, both over- and underground are made insulated concrete (Cellcrete) with a 50mm outer layer in pigmented concrete. Iron oxide is added to the concrete mix to create a distinct red colour. The slabs are exposed in the ceiling to make the structure readable."

"Each volume was made of pigmented reinforced concrete with the colors of the desert, intensifying the intention of mimesis to try to go unnoticed."

"The Cultural Center uses a minimal palette of local materials (pigmented concrete, wood, clay tiles and bricks) to integrate with the surrounds."

"The ocher yellow pigmented concrete represents the warm color of the soil of the Brazilian agreste."

Generally, blue pigments for concrete are made from a mixture of iron oxides, chromium and cobalt. In this house in Mexico, "The entire project was cast in an organic blue color concrete, which reacts over time according to its exposure to the sun and its position in the house, creating tones that range from ocean blue to sunset pink." 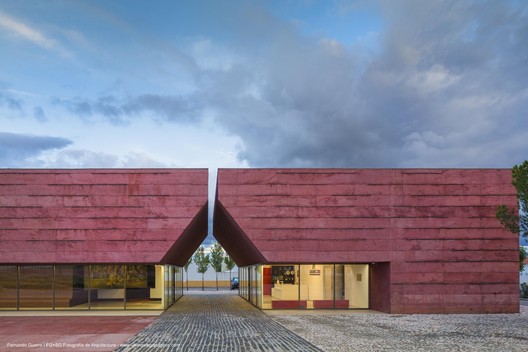