Save
The Golden Age of 3D Printing: Innovations Changing the Industry
Share
Or
Copy

3D printing itself is no longer a new technology, but that hasn’t stopped researchers and innovators around the world from coming up with new applications and opportunities. Some experiments with new materials have been driven by sustainability concerns and others are simply the result of imagination and creativity. Others have chosen to invest their time utilizing more traditional materials in new ways. Materials, however, are just the beginning. Researchers have developed new processes that allow the creation of objects that were previously impossible to print and, on a larger scale, new building typologies are being tested - including a Mars habitat!

While 3D printing technology has continuously evolved over the past years, reaching new scales, industries, and materials, concerns about sustainability remain. 3D printing can eliminate some waste from traditional manufacturing processes, as well as increasing efficiency, but the problem remains that the majority of print material used is still plastic. Designer Beer Holthuis was determined to invent a more sustainable material for 3D printing and has developed a method using wet paper fibers. The Paper Pulp Printer is the world’s first 3D printer to use paper pulp instead of plastic or plastic-hybrid materials. Unlike regular paper, the printed paper is strong and durable. Humans produce a huge amount of paper waste, so it’s a widely available material. Combined with a natural binding agent, the closed-loop system means the products can also be continuously recycled.

Designers in the Netherlands have used 3D printing to put familiar materials to work in new ways. The world’s first 3D-printed stainless steel bridge was unveiled at Dutch Design Week in October of 2018 by robotics company MX3D. The bridge was constructed by six-axis robots from layers of molten steel to showcase the potential applications of multi-axis 3D printing technology. The bridge also features smart sensors to track the structure’s performance in terms of strain, rotation, load, displacement, and vibration. The bridge is planned to be installed over one of Amsterdam’s oldest canals by mid-2019.

In an interdisciplinary collaboration between researchers in architecture, ceramics, and computation, a group at Iowa State University is investigating the possible opportunities presented by 3D printing ceramics using the 3D Potter printer. Last year they developed a 3D-printed ceramic facade that can be integrated with a building’s mechanical system to control light, airflow, and privacy, while also providing evaporative cooling benefits. Woven patterns on the screen create “micro-pores” that help ventilate and cool the space as the air flows through. The project included a full-scale mock-up assembled from 140 individual printed pieces.

3D printing is also leading to multiple new innovations in the culinary world. Company Universal Favourite has developed a 3D-printed mold in which to create their line of Complementary chocolates. The chocolates are molded so that two complementary flavors can be precisely fit together like puzzle pieces and eaten as one. There are also companies like Choc Edge which have created printers that 3D print with the chocolate itself, creating intricate, edible designs.

Glass is a material that was often thought to be too challenging, and even dangerous, to work within 3D printing. Previous methods have all involved heating the glass to temperatures of around 1,800 degrees Fahrenheit (1,000 degrees Celsius). The end products of these methods were also coarse and rough-textured. In a new method developed at the Karlsruhe Institute of Technology in Germany, scientists were able to use a standard 3D printer to create complex glass structures using a kind of “liquid glass.” Silica nanoparticles are dispersed in an acrylic solution, the object is printed, and then ultraviolet light is used to harden the material into a kind of plastic. Finally, the printed object is exposed to high temperatures that cause the plastics to burn away and the silica particles to fuse into smooth, transparent glass. With the use of additives, even colored glass can be produced.

Replicating the exterior appearance of different materials is an established capability of 3D printing, but creating an accurate interior structure has been more challenging. Researchers at New York’s Columbia University have developed a method of scanning techniques that, combined with 3D printing, were able to accurately imitate the internal and external structure of materials like wood. An actual wood block was used as a guide to create the model. It was first sliced at intervals of 27 micrometers (.027 mm) using a computer numerical control (CNC) mill, then the images created by the slices were prepared for printing using a 3D printable code and a polyjet printer. The key significance of this success is that the workflow the researchers utilized can apply to creating 3D-printed replicas of other objects with complex internal structures that were previously impossible to achieve.

In another story of Dutch innovation, the city of Eindhoven aims to be home to the world’s first commercial housing project made of 3D-printed concrete. In a phased approach that allows for improvements along the way, the elements for the first house will be printed at Eindhoven University of Technology, with the goal of the entire process being completed on-site by the construction of the fifth house. The variety of shapes and colors available through this process, as well as the decreased environmental burden and CO2 emissions, represents the impact 3D-printed concrete could have on the construction industry.

The U.S. Marine Corps recently created the world’s first 3D-printed concrete barracks in collaboration with architecture firm SOM. We’ve seen other 3D-printed concrete structures, but a military application carries some unique benefits. Flexibility would be one of the key improvements over current conditions; instead of being limited to whatever materials the Marines bring with them, if they have access to the field printer, a computer, and bags of concrete, they can construct any range of structures to suit their particular needs. In a test in August of 2018, the group was able to print a 500-square-foot barracks in 40 hours. SOM designed the walls to follow a “chevron design” which has the benefit of making them self-supporting as well as 2.5 times stronger than a traditional straight reinforced concrete wall in a destructive simulation test. The barracks is the first 3D-printed structure to be approved for human use in the United States by International Building Code standards and the Marine Corps anticipates deploying the first prototype printers in 2021.

Italian company WASP has created a 3D-printed house, called Gaia, from natural materials in the surrounding area - namely earth and the waste products from rice production. Designed to be an eco-sustainable house model, Gaia was printed using the Crane WASP, a large-scale 3D printer. A corrugated wall design allows space for rice husk thermal insulation as well as ventilation chambers within the walls themselves, keeping the indoor space a comfortable temperature in both hot and cold weather. With a few wooden components for window lintels and the roof, the house has almost no ecological impact and took around 100 hours to complete.

NASA is investigating the capabilities of 3D printing in developing a design for habitats on Mars with its 3D Printed Habitat Challenge. For their entry in the design competition, AI SpaceFactory proposed Project MARSHA (Mars HAbitat), using construction techniques enabled by 3D printing. The design is a habitat for a crew of four astronauts to be constructed on Mars, relying solely on materials harvested from the planet’s surface during construction. The printing mixture is proposed as basalt fiber (from Mars’ surface) and renewable bioplastic (derived from plants grown on Mars), eliminating the need for material transportation from Earth. AI SpaceFactory’s design is vertical and cylindrical, which also makes it easier to print. The group will now construct a 1:3 functional prototype of MARSHA for the next level of the NASA challenge. 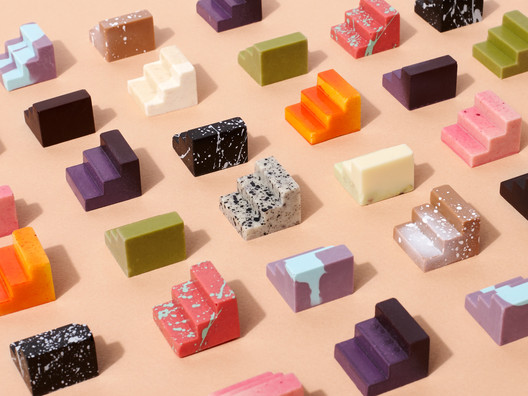