Dutch robotics company MX3D have unveiled the world's first 3D printed stainless steel bridge at Dutch Design Week. Set to be installed across one of the oldest and most famous canals in the center of Amsterdam, the bridge was created with designer Joris Laarman. Now both the span and deck are complete. Equipping industrial robots with purpose-built tools, the project showcases the potential applications of multi-axis 3D printing technology. 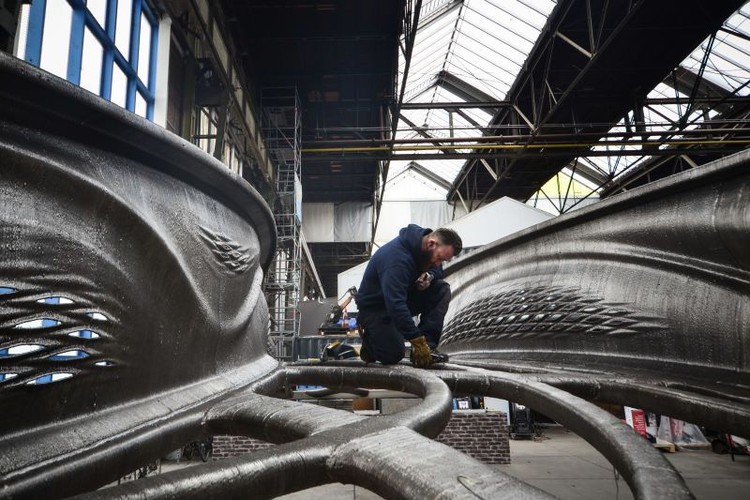 First proposed in 2015, the steel structure has been constructed by six-axis robots from layers of molten steel. Robotic arms were programmed to control large-scale welding machines, while the overall bridge was designed to adhere to local council regulations and specifications. In addition, mathematicians from The Alan Turing Institute and engineers at Arup worked with MX3D to create a smart sensor network on the bridge. The sensors are designed to record the bridge's performance, collecting data like strain, rotation, load, displacement and vibration.

MX3D has partnered with Arup as the lead structural engineer and Heijmans for the construction. Gemeente Amsterdam is the first customer of the collaborative bridge building department. The project aims to be installed on the Oudezijds Achterburgwal no later than mid-2019. 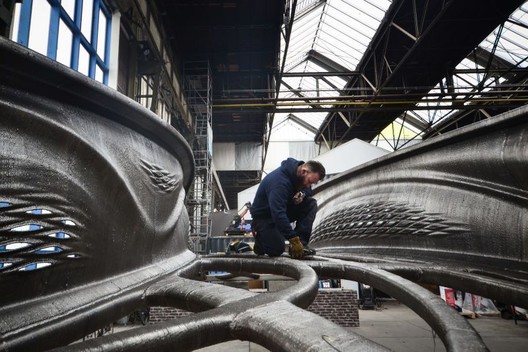