The tower, inspired by the shape of winter bamboo shoots, seeks to “invigorate Shenzhen’s urban fabric while providing one of the country’s premier companies with a visual icon symbolizing its historic growth and prominent stature.” 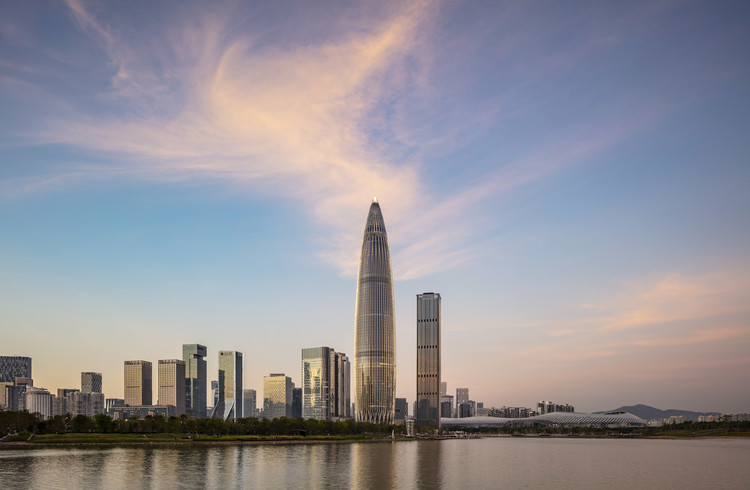 The scheme is constructed of a light, stable tube and diagrid structural system, producing a tapered, sculptural form. The system allows for column-free interiors, further expressing the tower’s radial symmetry. As the tower rises, the prefabricated column and steel units rise and converge, from 56 vertical columns at the base to 28 at the top.

The convergence of structural columns forms a series of “entry portals” at the base, merging at a peak towards the top. At the triangular juncture where the columns meet, faceted glass panels illuminate at night to create a “jewel-like brilliance across Shenzhen’s waterfront business district.” At the tower’s peak, a “sky hall” offers a conical, cathedral-like space which is one of few high-rises in the world that is habitable at its highest point.

It was an honor to work on this headquarters tower with China Resources, one of the nation’s oldest and most important companies. The conical tower design shows a geometric boldness that reflects China Resources’ pride in their past and confidence in the future. By marking the skyline, it will be one of the most recognizable buildings of Shenzhen, China’s leading technology city.
-James von Klemperer, President, KPF

Last month, the firm released images of their proposed Huamu Lot 10 towers in Shanghai, seeking to create a “new participatory urbanism,” as well as their scrolling tower in Tel Aviv. 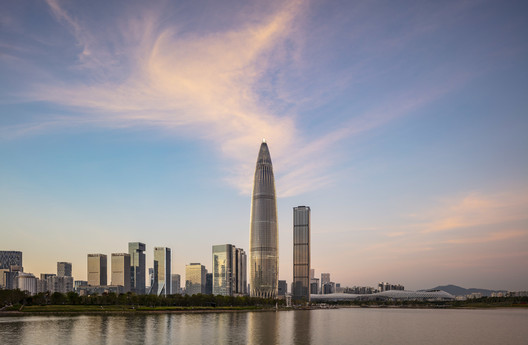