The design allows us to unify the urban precinct of the Azrieli Center with the new tower. The spiraling façade appears to drape elegantly around the structure of both tower and base. As it embraces the existing complex, it unifies the four towers into a single composition. The objective is to further invigorate this urban cluster, underscoring its importance as one of the most vital epicenters of Tel Aviv.
-James von Klemperer, President and Design Principal, KPF 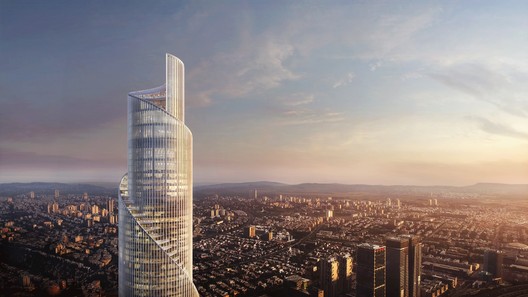