Save
In Progress: Lotte World Tower / KPF
Share
Or
Copy 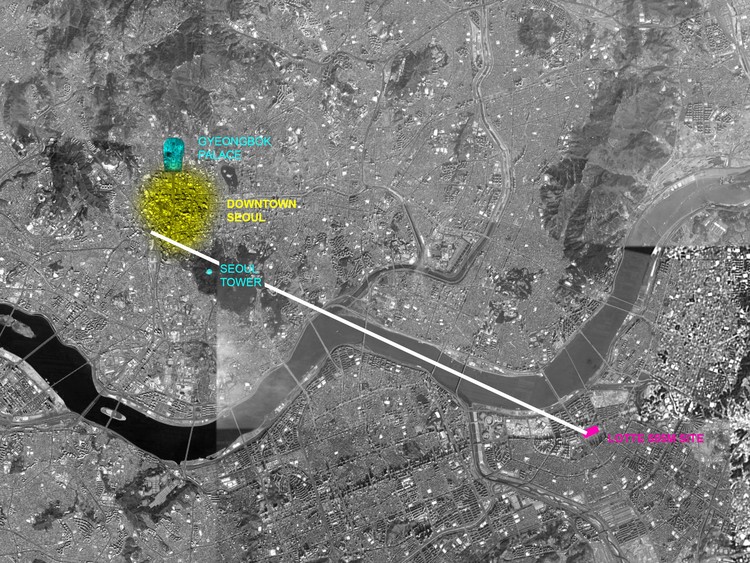 Starting from the base, the first nine floors are dedicated to retail taking advantage of the large floorplate area. Floors 11 to 47 are dedicated to office space, floors 52 to 75 house “officetel” space, and floors 80 to 109 earmarked to contain a 7-star luxury hotel. The remaining upper floors of the 123-story tower are allotted for public use and entertainment facilities, which include the observation deck and rooftop café.

The tapering form, inspired by Korean artistry gently reaches its apex through extension of the curtain wall system that rises above the highest occupiable roof.  The rhythmic nature of the white lacquered vertical mullion system is carried upwards to the zenith of the bisected crown which is accented by two seams that run up along opposing corners – a subtle gesture towards the old city center.

Structural systems employed within the tower include a concrete core surrounded by 8 concrete supercolumns resting on a concrete mat which are tied back to the core via steel outrigger trusses. Further stiffening the tower and resisting lateral loading are several belt trusses that typically occur at position of programming transition, and also serve as areas to house mechanical equipment. The uppermost portion of the structure – the pinnacle – is expressed through a steel diagrid frame that can be seen the through the translucency of the curtain wall.

Slated to top out in 2014 as one of Asia’s tallest supertalls, the project has already received recognition in the form of a Commendation by the MIPIM Future Awards.