Save
Robert Venturi Passes Away at 93
Share
Or
Copy

Robert Venturi, famed-postmodernist and icon of American architecture, passed away Tuesday at the age of 93. Among Venturi’s many accolades were the 1991 Pritzker Prize, a Fellowship from the American Institute of Architects, and an Honorary Fellowship from the Royal Institute of British Architects. He started his firm in 1964, running it with his partner and wife Denise Scott Brown from 1967 until 2012. His legacy lives on as the firm continues under the name VSBA (Venturi Scott Brown Associates).

The co-author of Learning From Las Vegas and Complexity and Contradiction in Architecture, Venturi is widely credited with kickstarting the postmodernist movement and is one of the most important postmodern theorists of the 20th century. Through both their built work, academic output, and written texts Scott Brown and Venturi helped to spark a movement in architecture that broke through the hegemony of modernism which had prevailed for much of the 20th century.

In a statement made to Architect's Newspaper, the Venturi family said:

“Robert Venturi, one of the world’s leading architects, has died at the age of 93. He passed away peacefully at home on Tuesday after a short illness. An expanded statement about Bob’s incredible life will be coming in the next few days. For now, Denise Scott Brown and James Venturi have asked that we respect their wishes for privacy while they grieve.”

Venturi was born June 25, 1925 in Philadelphia; the same city where he later attended university. It was at the University of Pennsylvania where he met Scott-Brown when they were both teaching there in 1960.

Venturi was a proponent of more historic references in architecture, believing that modernism had stripped identity (both local and historic) from the urban fabric. Throughout his career, his work with VSBA reflected this viewpoint; the Vanna Venturi House, for example, is an abstracted and updated reference to the traditional American house typology.

Venturi officially retired from practice in 2012 due to old age; Scott Brown continues to practice at their firm which is now run under the direction of Daniel McCoubrey. Many of the office's works have recently come under threat; the fate of his Museum of Contemporary Art in San Diego has recently gone through a very public preservation battle and his Abrams House in Pittsburgh was torn down as recently as August 01 of this year.

Which building is better, the duck or the ornamented shed? More importantly, what kind of architecture does the average American prefer? In their landmark 1972 publication Learning From Las Vegas, Denise Scott Brown and Robert Venturi probed these questions by turning their back on paternalistic modernism in favor of the glowing, overtly kitsch, and symbolic Mecca of the Las Vegas strip.

Back in August 2009, architect Andrea Tamas interviewed Robert Venturi & Denise Scott Brown . Today, we share with you the complete interview. Read it after the break. Denise Scott Brown - DSB Robert Venturi - RV Andrea Tamas - AT AT: Over the last few years, your son Jim Venturi has been producing a documentary called "Learning from Bob and Denise."

11 Text description provided by the architects. Most critics usually regard consistency in architecture an important aspect of the design. However in the Vanna Venturi House Robert Venturi took the road less travelled and tested complexity and contradiction in architecture, going against the norm. 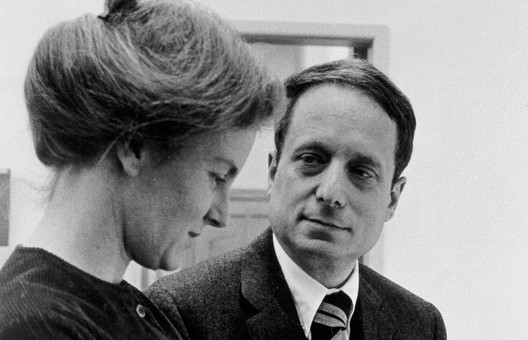