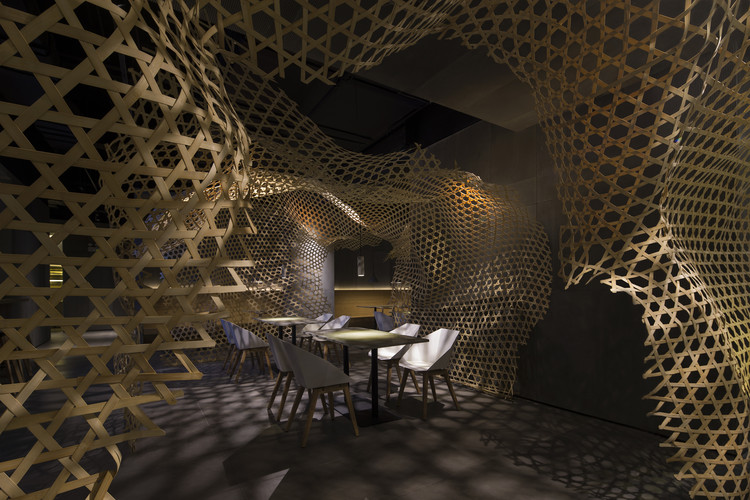 Text description provided by the architects. As bamboo is the most common material and symbolic extraction of Sichuan culture, the restaurant takes Sichuan Qingshen’s Bamboo-weaving Art as the medium and carries out the intangible culture of Sichuan with tangible material. How will a restaurant contains contemporary folk art that rooted in traditional culture grow upright and unafraid on this land, where the rupture of ancient and modern cultures long exists? The inheritance and re-creation of intangible cultural heritage of traditional culture is the key.

We’ve made vast and profound field research, ranging from Sichuan cuisine to culture of Shu (Sichuan) area, and tried to reconnect the rupture. Bamboo is the most common material and symbolic extraction of Sichuan culture, the restaurant carries out the intangible culture with tangible material. Bamboo-weaving stretching through the space and cuisine with hearty flavor satisfy both appetite and spirit. The dim light matches concrete furnishing, reflecting the coexistence of elegance and vulgarity of Sichuan cuisine. Joined by the communicators, users and viewers of culture with thousands of years of history, the contemporary aesthetics of traditional delicacy is now taking shape.

Due to the international circulation of commodities, good-looking and quality products are within reach and updating rapidly while traditional handicrafts, such as Sichuan Qingshen’s Bamboo-weaving Art, are time-consuming in fabrication and out-of-style in shape. With the unitary business model that has fallen behind the industry, traditional handicrafts have been eliminated to the bottom of the commodity chain for long, which resulted in struggled survival of folk artists and craftsmen.

Traditional folk art needs a viable business model that helps it complete the commercial transformation and return to the public in a new and contemporary form, so as to gain further growth and development in social public space. The real masters of folk arts were invited to the restaurant in Foshan for hand-making traditional Sichuan Qingshen’s Bamboo-weaving on site, which is probably the world’s largest handmade bamboo-weaving decoration. When the traditional folk art is blooming in the modern commercial space, catering industry is therefore infused with the soul of innovation.

Living in the unenlightened environment of planned physical reproduction as well as almost sterilized spiritual reproduction, for the first time ever in their lives, the aged craftsmen stepped out of mountains, took a plane to a city they might have not even heard about, looked out to the sea with their own eyes, hand-made traditional bamboo-weaving on site. All for creating a restaurant out of folk art —— ‘Chuan’s Kitchen’.

Recently, the restaurant “Chuan’s Kitchen”, designed by ∞ Mind, was awarded the Red Dot: Best of Best in the category of “Interior Architecture and Interior Design” and shortlisted by the Restaurant & Bar Design Awards 2018. Not long before, this project had also won iF Design Award 2018 in the category of “Interior Architecture”. 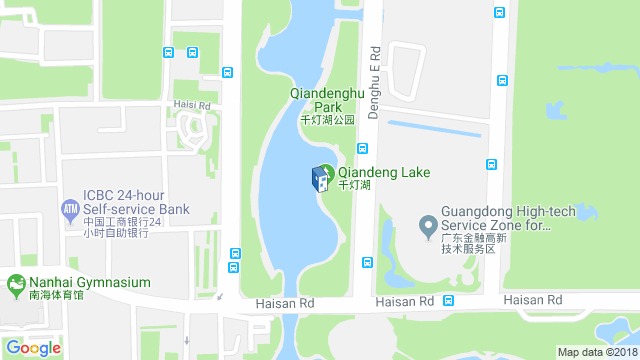 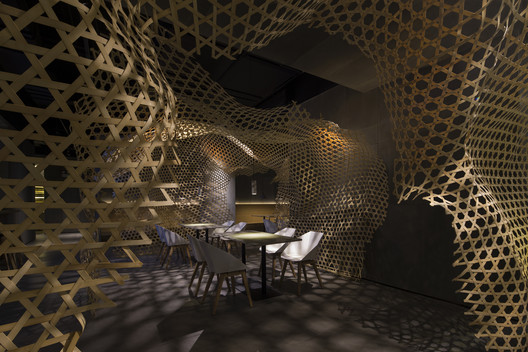