Save
Han Wenqiang of ARCHSTUDIO: “Let’s Call My Work the Art of Coordination”
Share
Or
Copy

Throughout the work of Beijing-based practice ARCHSTUDIO, there is a constant feeling of sensitivity to culture and history. That is not to say that the firm’s designs are not modern—far from it in fact—but that the work of founder Han Wenqiang infuses modern materials and forms with a distinctly Chinese sensibility, that is just as apparent in his designs for a food packaging facility as it is in a Buddhist shrine (incidentally, both designs which won ArchDaily Building of the Year Awards, in 2017 and 2018 respectively). In the latest interview from his “City of Ideas” series, Vladimir Belogolovsky speaks to Han about whether architecture is an art form and what it means to create “Chinese” architecture in the 21st century. 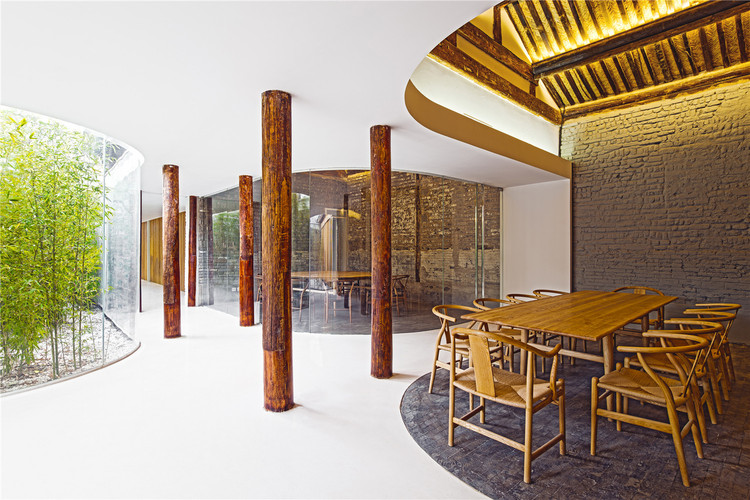 Vladimir Belogolovsky: Is it intentional that you chose to have your studio in the arts district, 798 Art Zone, here in Beijing? I am curious because a number of architects here in China told me that they strongly believe that architecture is art. If so, it would naturally lead to the conclusion that architects are artists. Do you share this view?

Han Wenqiang: The first part of your question is easy to answer. This neighborhood is at the midpoint between my home and the school where I teach, so it is very convenient. But you are right, it is no accident that I chose to be here. I wanted to work among artists and collaborate with them on projects. And about comparing architects to artists, it is true in some cases. But I prefer to call myself a coordinator since I have to deal with many people and organizations. I would be careful in comparing architects to artists because as an artist, you are free to do anything you wish, but as an architect you have to respond and adapt to so many specifics.

VB: So you are saying that you were given all these prestigious national and international awards, that are taking so much space on your shelves here at your office, just for being a good coordinator; you don’t think you are an artist, right?

VB: One of your projects is called “Twisting Courtyard.” Could you talk about it and what was the main idea there?

HW: The existing structure used to be a house. In recent years it was converted into a club. And we were asked to remodel it into several apartments and a public events space. The main concept was to reflect three main ideas—to bring nature to our architecture, integrate inside and outside, and bring together old and new. The twist was a separate idea; it has two aspects—formal and functional. We used traditional orthogonal geometry to resolve the historical part and we employed curved gestures in the new part to bring a positive flow into a traditional courtyard house. We wanted to celebrate the new program and new times and attitudes in this project. The spaces under these curves are used for utilitarian needs; there are bathroom and storage spaces hidden there.

HW: I think this rethinking is necessary because traditionally these hutongs were planned in such a way that it would be easy for the emperor to monitor the lifestyle within. Every aspect of common family life was under the control of the political order. Also, there was a very particular family structure reflected in traditional design. My very first project was a hutong house in the old part of Beijing. This is when I formulated many of my key principles, so now even in my ground-up work in new neighborhoods I imagine a courtyard system as a basic planning approach. In all of my work I bring nature into architecture, integrate inside and outside, and address old within the new. For me architecture is like a medium that I use to create the right balance between nature and buildings, old and new, and to establish a dialogue between people and structures. I want to create new and interesting experiences that are not only different from the old times but different in each of my projects.

VB: In 2014, Rem Koolhaas said that a century ago it made sense to talk about “Chinese” architecture, “Swiss” architecture, or “Italian” architecture. But today due to the influences of international architectural movements, individual talents, or technological developments architecture has become truly global. He said that national identity has been sacrificed to modernity. Do you think he is right and there is no longer contemporary Chinese architecture?

HW: I think historical architecture in China cannot be ignored. Many of my projects are directly intertwined with the historical context. But as a contemporary architect I am against reverting to using any traditional language; we need to find new ways of expression to reflect new times.

HW: I agree with that position even though you may still recognize that many of our architects’ projects are in China and they address Chinese context.

VB: Do you follow the work of any particular Chinese architects?

HW: First, I have to say that contemporary architecture here in China is now followed by people in general. Architecture is being discussed in the mainstream media, there are many reports, programs, TV shows, films, and publications about famous architects. As for myself, I do pay attention to the work done here in China by both local and foreign architects but I think it is more important to develop my own principles, to establish my own personal architecture.

VB: This idea of discovering your personal voice in architecture—were you taught this way at school or did you discover it on your own while already practicing architecture?

HW: I think I got it from my clients. [Laughs.]

VB: You mean your clients push you to be original?

HW: We push each other. [Laughs.] The most important goal in my work is to find a client that fits my strategies the most and during the project we push each other to achieve a better project.

VB: In the last 10–15 years many amazing structures were built here in Beijing by international and local architects. Is there one in particular that you enjoy the most?

HW: Out of all the buildings that were built recently I prefer my own work. [Laughs.] To choose one project it would have to be the Tea House in Hutong built in 2015. It is a remodeling of a historical hutong in a traditional Hutong district. I put a lot of effort into this small project during the three years that it took from design to completion. I particularly like the fact that the house keeps changing and adapting to specific requirements over time. The owner asked me to make very small changes and additions. I learned quite a lot from this process for my new projects. And I like it not only because of the architecture but also the experience of being there and quality of service and food.

HW: Medium, artificial nature. My goal is to produce the kind of architecture that can evoke such similar feelings as exploring nature.

VB: You graduated from China Central Academy of Fine Arts here in Beijing and you now teach architecture there. What is your way of teaching architecture? What kind of assignments do you give to your students?

HW: What is most important in teaching is to motivate students. Once they are motivated there is nothing they can’t do. Still, my assignments tend to be very specific and realistic, not abstract and eccentric. We visit some of my current projects, especially hutongs, and not only study the site conditions but also interview owners and residents to develop directions for our interventions.

VB: If you were to meet any one person living either today or at any time in history who would that be and what one question would you ask that person?

HW: I would want to meet Sri Lankan architect Geoffrey Bawa and I would ask him about his mastery to bring universally familiar feelings into his particular setting and culture. Any person from anywhere visiting his buildings can understand and relate to them. I want to achieve that quality in my work. 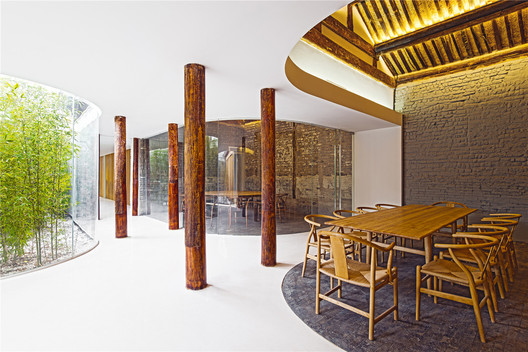