Adjaye will receive the award for recognition of his sculptural ability and ingenious use of materials. Having founded Adjaye Associates in 2000, he has overseen notable projects such as the $540 million Smithsonian Institute National Museum of African American History and Culture in Washington DC, which opened in 2016. Ongoing schemes include the Studio Museum in Harlem, New York, and the National Holocaust Memorial and Learning Center in London.

As a young student of architecture, I was in admiration of Louis Khan’s mastery over light and his seemingly intrinsic understanding of materiality. To now receive an award in his namesake is an incredible honor and a true milestone in my career.
-David Adjaye, Recipient, 2018 Louis I. Kahn Memorial Award

Now in its 33rd year, the Louis I. Kahn Memorial Award raises funds in support of the Charter High School for Architecture and Design, which encourages youths from under-represented and under-served communities to pursue careers in architecture and design. In receiving the award, Adjaye will be invited to deliver a talk and exhibition about his work, exploring his designs through sketches, videos, photography, and material samples.

The award ceremony, supported by MIS Capital, will take place at the University of Pennsylvania’s Irvine Auditorium on May 3rd, 2018, with the exhibition opening at the Center for Architecture and Design on the same day.

News via: Center for Architecture and Design

Jeanne Gang has been selected as the recipient of the 2017 Louis Kahn Memorial Award, an annual prize established by the Philadelphia Center for Architecture and Design in 1983 to recognize "an individual who has made significant contributions to the field of architecture," while honoring one of the city's most influential architects.

Bjarke Ingels is the recipient of the 2016 Louis Kahn Memorial Award, an annual prize established in 1983 to recognize "excellence in architecture" in honor of one of Philadelphia's most influential architects. Ingels was honored at a ceremony on May 9th, hosted by the Center for Architecture and Design, where he delivered the annual talk that accompanies the award. 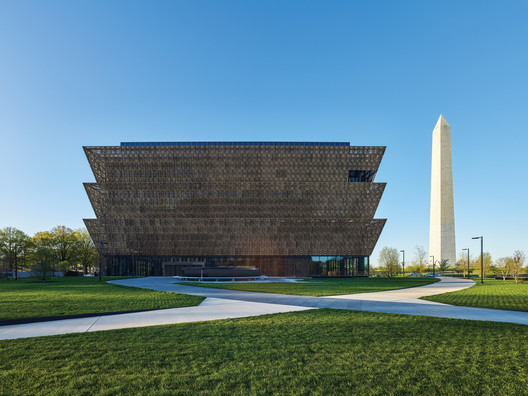