Jeanne Gang has been selected as the recipient of the 2017 Louis Kahn Memorial Award, an annual prize established by the Philadelphia Center for Architecture and Design in 1983 to recognize “an individual who has made significant contributions to the field of architecture,” while honoring one of the city’s most influential architects.

Gang will be presented with the award at a ceremony at the University of Pennsylvania’s Museum of Archaeology and Anthropology on Tuesday, May 23, 2017, where she will speak about her architectural work and research.

The lecture will be accompanied by an exhibition of Studio Gang’s work, which will be displayed beginning May 18th at the Center for Architecture and Design.

News via Philadelphia Center for Architecture and Design.

Bjarke Ingels is the recipient of the 2016 Louis Kahn Memorial Award, an annual prize established in 1983 to recognize "excellence in architecture"...

Norman Foster has been awarded the Louis Kahn Memorial Award, an annual award that was established in 1983 to recogni... 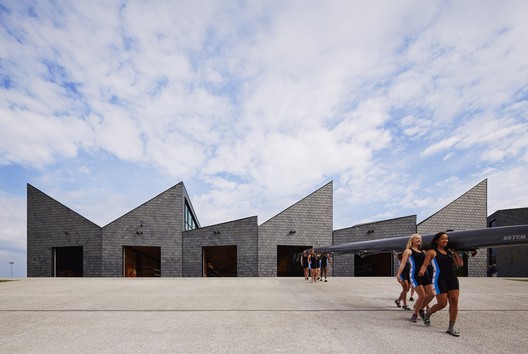