MVRDV has released details of their alternative design for the Taoyuan Museum of Art, an entry for an international competition ultimately won by Riken Yamamoto & Field Shop. The MVRDV scheme, developed in collaboration with JJP Architects and Planners, seeks to become a nature-centered cultural destination, transforming the area into a “cherry room for the city.”

Throughout the design process, MVRDV drew inspiration from the natural world, recognizing the potential for public spaces in the rapidly-expanding Taoyuan City to blur the boundaries between the built and natural environment. 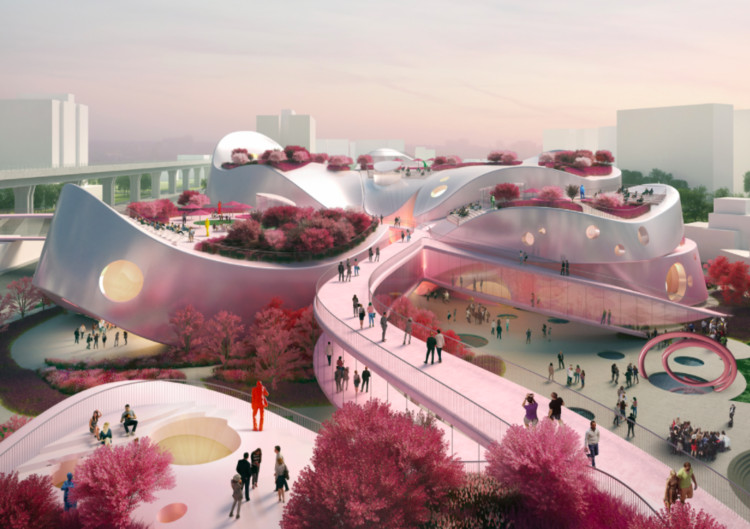 As part of the proposal, an existing river to the south of the site is enhanced with a “green edge” featuring paths and reed planting. The existing park forming the site is turned into a “true jungle” with the museum's facades hosting flowers and plants, while water features offer cooling during hot summer months.

In order to avoid hampering connections between the museum and the adjacent Blue Pond Park, a series of human-scale buildings are proposed, circular in form to avoid hard edges. Described by MVRDV as “petal-like volumes,” the forms create connections and shadows through a series of overhangs and shading. A pinkish aluminum façade enhances a sense of vibrancy and color, while roof terraces with cherry trees add to the green qualities of the buildings and park.

The MVRDV and JJP submission received third place in the international competition for the museum’s design. The winning proposal by Riken Yamamoto & Field Shop can be viewed here.

Riken Yamamoto & Field Shop has released images of the proposed Taoyuan Museum of Art in Taiwan, having won an international competition for the scheme's design in 2018. Acting as a symbolic gateway to the heart of the city, the architect's vision was for a hub where every visit leads to new discoveries and experiences. 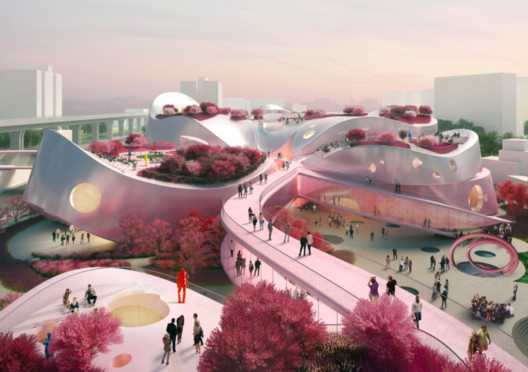