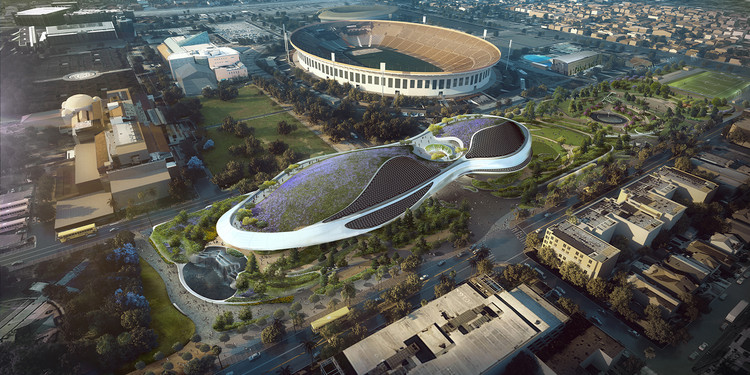 An open city with an inclusive culture, especially innovative buildings, is very important. It is a pleasure to work with the American filmmaker and legend George Lucas on creating a world-class landmark for Los Angeles. We hope that the joint efforts will continue to make Los Angeles the most creative metropolises in the world.
- Ma Yansong, Founder and Principal Architect, MAD

Having been chosen for the museum’s design in 2014, MAD has provided three unique designs for the $1.5 billion scheme, each responding to three proposed site locations. Having originally unveiled a MAD-designed scheme in Chicago in 2014, Lucas abandoned the plans following concerns over the placement of a private museum on a public lakefront. In 2016, MAD unveiled two similar proposals, one in Los Angeles and one in San Francisco, with the Los Angeles scheme ultimately gaining approval in 2017.

Alluding to this difficult journey at the groundbreaking ceremony, Lucas stated: “I am an avid architectural fan and I wanted a special museum that was a work of art in itself, and [MAD] has done that three times.”

It is my feeling that popular art is an insight into a society and what they aspire to; what they really want, what they really are — it is about telling the narrative of their story, their history and their belief system. I believe all kinds of art have a right to exist. I think it’s important to have a museum, that I used to jokingly say, supports all the orphan arts that nobody wants to see, but everybody loves.
- George Lucas, Founder, Lucas Museum of Narrative Art

With construction about to begin, the museum is expected to open in 2021.

With criticism forcing progress on MAD's "mountainous" Lucas Museum to come to a standstill, Frank Gehry has released a statement on the Chicago Tribune urging critics to "take the proper time to review" the museum before dismissing it. "Chicago is a great city for architecture and has historically supported innovative, forward-looking work.

Perhaps the most enduring appeal of Star Wars for its fans is not simply its compelling storyline or its dramatic space battles - it is instead that this universe is, in fact, a universe, with all the complexity and depth that entails. 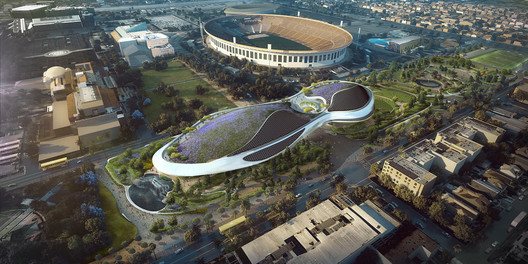