In being named both overall winner and winner of the architecture category, the Smithsonian National Museum of African American History and Culture outpaced impressive shortlisted projects from OMA, Zaha Hadid Architects, and more, as well as winners from five other categories: Digital, Fashion, Graphics, Product, and Transport.

'We couldn’t look any further than the Smithsonian for the overall award. It is a project of beautiful design, massive cultural impact, delivers an emotional experience and has a scale deserved of this major award,” said jury member Ozwald Boateng OBE. “You enter the building clouded in darkness and work your way through the displays and end bathed in light - this is a project that feels like a major turning point.’

The museum was inaugurated by President Obama in September 2016 and is a long-awaited symbol for the African American contribution to the nation’s history and identity. The museum houses galleries, administrative spaces, theatre space and collections storage space. Sir David Adjaye’s approach created a meaningful relationship to this unique site as well as a strong conceptual resonance with America’s longstanding African heritage. The 313,000-square-foot building comprises a three-tiered structure covered in bronze plates. Designed to shade the glazed facades behind, the filigree cladding is patterned to reference the history of African American craftsmanship.

‘The judges had the tough challenge of selecting a project that both epitomised exciting and impactful design, and also capturing the spirit of the year,” said jury member David Rowan. “David Adjaye's Smithsonian National Museum of African American History and Culture, in Washington DC, did that beautifully: not only is this a striking and already iconic structure at the heart of America's capital, but it's the realisation of an entire century of planning, rejection, political opposition and finally collaborative execution. But the building, opened by Barack Obama in September 2016, is also a powerful reminder that design enables a diverse conversation and can challenge the dominant political discourse. We felt that, in the context of today's strident American debate on race and identity, Adjaye's achievement represented optimism.’

Rapid Liquid printing (RLP) physically draws in 3D space within a gel suspension, and enables the creation of large scale, customized products made of real-world materials. 3D printing hasn’t taken off as a mainstream manufacturing process as it is too slow compared to conventional processes, is limited by scale and the materials are typically low-quality. RLP addresses these limitations: it is incredibly fast (producing structures in a matter of minutes), designed for large scale products (you can print an entire piece of furniture) and uses real-world, industrial-grade materials.

Nike has worked alongside a team of athletes to develop a single-layer stretchy high-performance Hijab that could change the face of sport for Muslim women. Inspired by Sarah Attar’s win for Saudi Arabia at the 2012 Olympics, it was unveiled two days before International Women’s Day.

The Fractured Lands issue contained a single, very long (42 thousand word), nonfiction narrative by Scott Anderson and 20 photographs by Paolo Pellegrin. The product of some 18 months of reporting, it tells the story of the catastrophe that has fractured the Arab world since the invasion of Iraq 13 years ago, leading to the rise of ISIS and the global refugee crisis. The story gives the reader a visceral sense of how it all unfolded, through the eyes of six characters in Egypt, Libya, Syria, Iraq and Iraqi Kurdistan.

AIR-INK is the first commercially available ink made from air pollution. The clean-tech company has industrialized the process of capturing and recycling air pollution emissions into advanced pigments and inks.

Scewo is a stairclimbing mobility device that will allow disabled persons to be more flexible and independently reach locations that were previously inaccessible. Scewo is a stairclimbing mobility device developed by a group of students at the Swiss Federal Institute of Technology. Using a retractable set of rubber tracks, the wheelchair can safely and smoothly travel both up and down stairs, while an extra pair of wheels at the rear of the chair allows users to raise the chair up so that they can engage with others at eye level.

In addition to the official award, visitors were asked to vote for their favorite design on the Design Museum website. The winner of the public vote was the Nike Pro Hijab.

'The first time I saw this project it stopped me in my tracks. It is a piece of design that tackles an important issue in a simple and elegant way. Perfectly delivered with inclusion at its core,’ commented jury member Amanda Levete.

The jury for the 2017 award included:

All 56 shortlisted nominations will be on display at the Design Museum though February 18th.

News and project descriptions via Design Museum in London

IKEA's flat-packed refugee housing solution, the "Better Shelter," has been announced as the winner of the Beazley Design of the Year 2016. Presented by the Design Museum in London, the award is given to the project that best meets the criteria of design that "promotes or delivers change," "captures the spirit of the year," "enables access," and "work that has extended design practice."

The Design Museum in London has announced the shortlist projects in the running for the 2017 edition of their prestigious Beazley Design of the Year award. Now in its tenth year, the award was established to "celebrate design that promotes or delivers change, enables access, extends design practice or captures the spirit of the year." 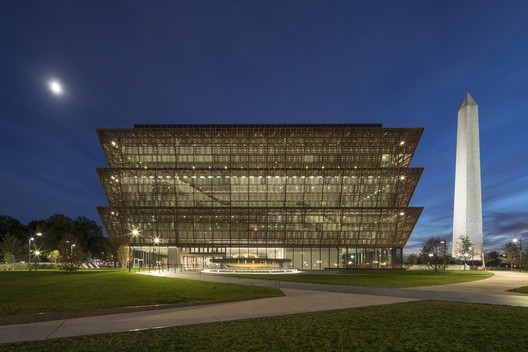