Save
From Smartphones to Smart Cities: What Happens When We Try to Solve Every Problem With Technology?
Share
Or
Copy

In order to be successful in any field, professionals must stay ahead of the curve—though in architecture nowadays, technology progresses so quickly that it’s difficult to be on the front lines. Virtual Reality can transport architects and their clients into unbuilt designs and foreign lands. Smart Cities implement a network of information and communication technologies to conserve resources and simplify everyday life. Responsive Design will give buildings the ability to be an extension of the human body by sensing occupants' needs and responding to them.

With the technology boom, if architects want to stay in the game they will inevitably have to work alongside not only techies but scientists too. Neuroscientist Colin Ellard works “at the intersection of psychology and architectural and urban design.” In his book, Places of the Heart: The Psychogeography of Everyday Life, Ellard examines how our technology-based world impacts our emotions and behavior to try to figure out what kind of world we should strive to create.

What drives the research I do, in part, is the conviction that real place does matter. The fact that we may not be aware of the influence of our surroundings on our behavior doesn’t mean that it’s not important.
– Colin Ellard

So then, what kind of world are we living in? And how does it inform our feelings and behavior? To sum up just some of Ellard’s behavioral findings: we are obsessed with the virtual, unimpressed with the physical, and lonelier than ever.

We all know screen-based technologies have taken over the world. That’s old news. Like an architectural wall, our smartphones, tablets, laptops, and billboards hide and reveal pieces of the world to us. But what is the result of this? In his book, Ellard tells a story about taking his children to a museum. They were more impressed by the digital rendering of what a dinosaur might have looked like than by the real dinosaur bones right in front of them. Screen-based technologies are appropriating “humanity’s most precious cognitive resource—our attention.” Being human gives us the ability to completely immerse ourselves into a virtual reality; this is good because we can then form theories and predictions based on human experiences in a virtually simulated world, but it can also be bad because ultimately it’s an escape from the real, physical world.

When VR becomes more available to many people, do we lose the preciousness of physical place or not?

Our physical world is shrinking, too. With the internet, we can do almost anything from the comfort of our own home. As Ellard puts it, we can “function in isolation,” making us lonelier than ever. In his book, Ellard cites studies which conclude single people, and individuals who feel as though they have no friends at all, are on the rise. If you want to know something about somebody, don’t ask—look on Facebook.

People have that kind of protective shell. There are all kinds of things in design that can help break through that threshold. These days everybody knows about that story of nature exposure and what it does, anything that puts you in a positive frame, positive motion, makes it more likely that you’ll talk to people. And, for the most part, that’s what we want, we don’t want to feel afraid to talk to strangers but we have difficulty jumping over that threshold that prevents us from doing it.

Architecturally, what kind of world do we live in? Are we using design to break through that protective threshold? With the Smart City model, we are re-thinking the way cities are designed in order to make them safer, healthier and more efficient. In his book, Ellard discusses the work of architect Philip Beesley, who created physically responsive design on a smaller scale. With a 3D printer, microprocessors, sensors, and special resistance wire, Beesley created an environment which showed signs of sympathy. On a visceral level, this tends to terrify us. It’s similar to the age-old question, what happens if the robots come to life? The fear is rooted in control: who is in control, and what they are able to do with that control.

The smart city concept is filling people with a bit more fear than it used to because you can design these beautiful algorithms that keep things humming, keep the traffic flowing, keep your house at the perfect temperature, but somebody is setting the algorithm, somebody is deciding the optimal setting... and it’s not you.

At all scales, responsive design is the ultimate example of where designers, technology specialists, and scientists should be working together. Now, Ellard and Beesley work together to try and answer the question “What does it mean for someone to say they feel as though a building actually cares for them?” On the one hand, buildings that care for us could have tremendous implications for hospitality and healthcare environments. On the other hand, as Ellard says, “I don’t want a mother for my home.”

What does it mean for someone to say they feel as though a building actually cares for them? It’s different to something like a nest thermostat that knows your habits and adapts to them. It’s something that actually cares what happens to you.

Can we scientize design to solve the world’s problems? No, not really, but science (and scientists) can certainly help. At times, architecture firms have asked Ellard to design a turnkey system to predict human behavior in their designs. They want to, in theory, plug a 3D model into a system, press a button and get immediate results telling them all about human interaction within and around their design. Meanwhile, other designers have expressed that design cannot be scientized and captured using “clunky scientific tools.”

Ellard has a message for both schools of thought. For the architects who buy into scientifically informed design: there will never be an algorithm for the perfect design solution. And for the ones who see scientifically informed design as reductionist: reasonable scientists aren’t authoritarian about what should or shouldn’t be built but rather scholars of human interaction with place, just like architects. They just want to contribute their findings. And, Ellard says, technology can help with that. 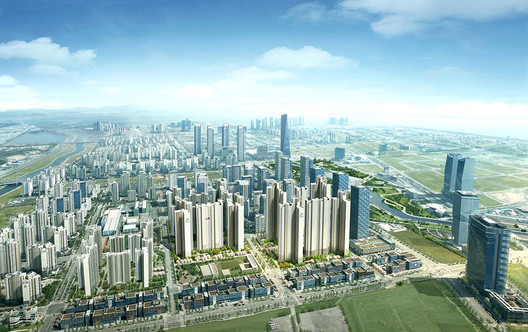