“Congratulations to the clients and their design teams for the extraordinary talent, ambition and enthusiasm that has led to this year’s roll-call of phenomenal buildings,” said RIBA President Jane Duncan at today’s announcement. “RIBA National Awards provide insight into emerging design trends, as well as showing how well the profession responds to economic drivers. I am delighted to see such confident, innovative and ambitious architecture delivered in such challenging times.

Particular trends called out by Duncan include projects aimed at tackling the country’s shortage of quality housing developments, the innovative use of architecture to enhance excitement and pleasure in the built environment and the continued preference for brick among the UK’s top architects. One negative trend identified by Duncan was the lack of publicly-funded education projects.

“I am pleased to award a selection of high-quality new school buildings such as The Laboratory, Dulwich College and new music facilities at Wells Cathedral School, that will benefit generations of children and teachers. However, after a few boom years, which saw a clutch of award winning, cost effective state school buildings, it’s disappointing that there are none on this year’s list. Well-designed schools support improved student achievement, and staff and student wellbeing and should be part of educational aspirations for all our schools, not just those in the fee-paying sector.”

Selected from the winners of 12 regional awards programs, the national list will now make up the pool of projects competing for the RIBA Stirling Prize for the UK’s best building of the year.

News via the Royal Institute of British Architecture.

The Royal Institute of British Architects (RIBA) has announced the winners of the 2016 RIBA National Awards. The shortlist for the RIBA Stirling Prize for the UK's best building of the year will be drawn from these 46 award-winning buildings. 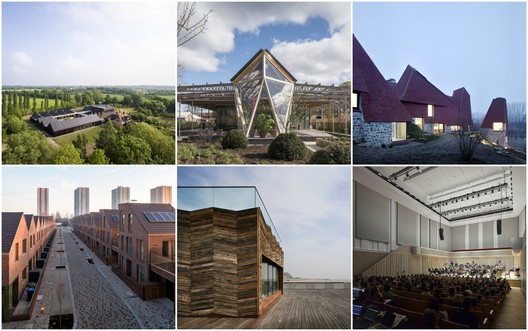