Detailed visions of the concept designs from the seven shortlisted teams in the running for the new Ross Pavilion (named for William Henry Ross, the former chairman of the Distillers Company) have been released. Following the announcement of the competition earlier this year—in which the likes of Adjaye Associates, Bjarke Ingels Group, Sou Fujimoto Architects and Reiulf Ramstad Arkitekter were placed in the running alongside local practices, such as Page\Park—the sensitivity and level of restraint behind the majority of the proposals demonstrates the public and national significance of the site, which sits at the heart of the Scottish capital of Edinburgh. 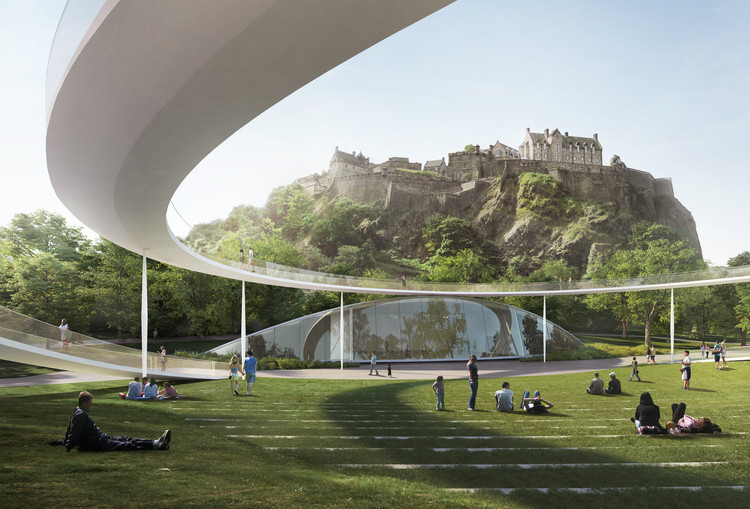 The location for the pavilion, which is currently occupied by the Ross Bandstand, has been described by the competition organizers as "a true ‘place for people’. For much of the year," they continue, it is "a tranquil haven," – but "it is also the seasonal focus for some of Scotland’s most high-profile events and celebrations, notably Hogmanay and the Edinburgh International Festival’s closing reworks concert."

The shortlisted teams are: 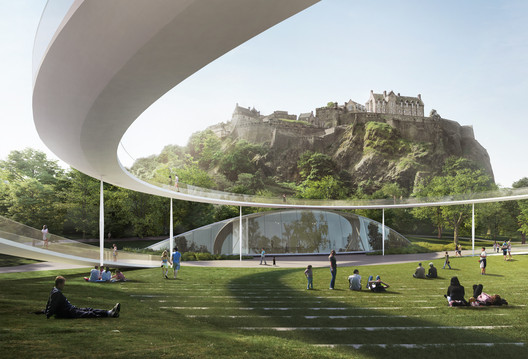