In 1919, at a time in which Germany was still in upheaval over its defeat in the First World War (and compounded by the loss of its monarchy), the Academy of Fine Arts and School of Applied Arts in Weimar, Germany, were combined to form the first Bauhaus. Its stated goal was to erase the separation that had developed between artists and craftsmen, combining the talents of both occupations in order to achieve a unified architectonic feeling which they believed had been lost in the divide. Students of the Bauhaus were to abandon the framework of design standards that had been developed by traditional European schools and experiment with natural materials, abstract forms, and their own intuitions. Although the school’s output was initially Expressionist in nature, by 1922 it had evolved into something more in line with the rising International Style.[1] 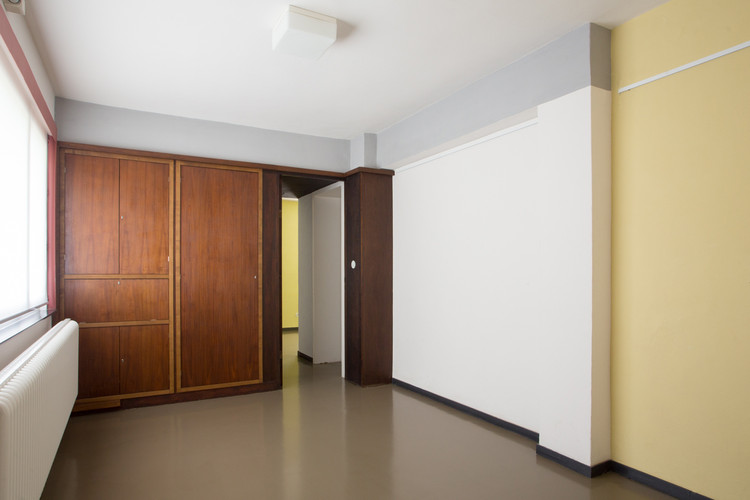 An exhibition of work produced by the Bauhaus in 1923 perfectly embodied this changing perspective of design. True to the institution’s roots, the exhibition was not merely a gallery of objects or images, but an entire house filled with works by Bauhaus students. The Haus am Horn, as it was named, was designed by Georg Muche and Adolf Meyer as a prototype for affordable housing which could be quickly and inexpensively mass-produced. The use of experimental building techniques and materials not only helped to achieve this goal, but dovetailed perfectly with the increasing focus on functionalism in the Bauhaus curriculum.[2]

Muche, who was a painter and teacher at the Bauhaus, had already been in the process of designing a house for himself and his wife when the school announced a competition for a model residence. His winning entry was bold in its simplicity: a square plan, with a ring of rooms surrounding a central living room. Each space was designed with an explicit program in mind, and intentionally specialized so that it could not be used for any other purpose.[3] Aside from the living room, the house comprised a room for the man, a room for the lady, a room for children, a guest room, dining room, kitchen, and a work niche.[4]

The dominance of the living room within the Haus am Horn was expressed in a number of ways. As it was cloistered in the center of the building, daylighting was achieved via clerestory windows lining the top of each wall; the result was that the living room’s volume projected past the roofline of the rest of the house, making it visible from the exterior. This also served to differentiate the space within the house, as raising the ceiling to accommodate the clerestories made the living room taller than the surrounding spaces. Sheer floor area was another factor: at 36 square meters (387.5 square feet), the living room occupied a full third of the house’s overall footprint.[5,6]

Furniture designed by Bauhaus faculty and students did much to define spaces within the house. The living room was occupied by simplistic chairs and tables built of standardized lengths of wood; devoid of any ornamentation or coloring, they were highly reminiscent of chairs created by Dutch designer Gerrit Rietveld. Covering the ground were carpets adorned with sleek abstract patterns, reflecting a shift away from individual craftsmanship techniques to industrial modes of production.[7] This was made more blatant in the children’s room, which featured a set of modular wooden boxes devised by wood-carving student Alma Buscher. Smaller boxes could be used as child seating, while the larger units could either be set on their sides for the same purpose or on their ends, in which case they could serve either as child tables or adult seating. Another unit, which featured a door and a window, could be put to use as a display case when closed, but once opened, was ideal for use as a puppet theater.[8]

No room better expressed the newfound Bauhaus commitment to Modernism than the kitchen. Multiple texts at the time, such as 1915’s Scientific Management in the Home, promoted the notion that by removing all activities not related to the preparation of food from the kitchen, one could then make the room smaller – and by doing so, reduce any potential unnecessary movement and streamline the cooking process. (That Scientific Management in the Home was first published in German the year before the Haus am Horn exhibition is likely no coincidence.)[9] Instead of individual units, the kitchen workspace featured wall-mounted cabinets over a continuous countertop, all characteristically minimal in their aesthetic. A set of ceramic storage jars, produced in the Bauhaus’ clay workshops and equally simplistic, were placed in a row atop the cabinets.[10]

As the Haus am Horn was intended to serve as the template for mass-produced affordable housing in postwar Germany, several of its more innovative features arose from the need to reduce costs. The walls and ceilings were built of cement-bonded slag concrete blocks, a relatively lightweight masonry material. Sandwiched between two layers of the blocks were sheets of Torfoleum insulation, creating an envelope system which was not only cheap to transport, but also helped to dramatically reduce heating costs—as much as fifty percent less than contemporary homes built using other structural systems—once the house was built. Finish materials were also chosen partially for their cost: rather than utilizing linoleum flooring, which was heavily taxed in Germany at the time, the kitchen floor is covered in a substitute material called Triolin.[11]

The layout of the house was also intended to facilitate a relatively affordable lifestyle. Muche’s design drew connections between living spaces which were traditionally kept separate in order to more practically serve the needs of the expected residents. Notably, an axis from the kitchen to the children’s room through the dining room would allow for a housewife to simultaneously perform her expected role in the kitchen and keep watch over her children, an essential consideration in a home meant for those not wealthy enough to keep a house staff. Even with these measures in place, however, the Bauhaus could not quite escape accusations of luxury in the Haus am Horn – the unfortunate result of catering to the growing middle-class market which could sustain their designs through its burgeoning purchase power.[12]

The Haus am Horn opened its doors to the public on August 15, 1923, hosting the Bauhaus exhibition for eight weeks until its ending on 30 September. Although intended to be the first new building in what would eventually become an extended Bauhaus campus, a drastic budget cut in 1924, and the subsequent exodus of the Bauhaus to Dessau in 1925, put these plans to rest. In the following decades, the house served as the residence of a lawyer, then of a German military officer, and finally of a Bauhaus professor and his family in the aftermath of the Second World War. In 1996, the Haus am Horn was declared a UNESCO World Heritage Site, along with various other Bauhaus structures. A later renovation has seen many of the features of the 1923 Exhibition recreated or restored; now, almost a full century after its debut, the Haus am Horn once again stands as a monument to the ideals of a Bauhaus that had only just begun to develop its signature design philosophy.[13]

This AD Classic features a series of exclusive images by Cameron Blaylock, photographed in May 2017. 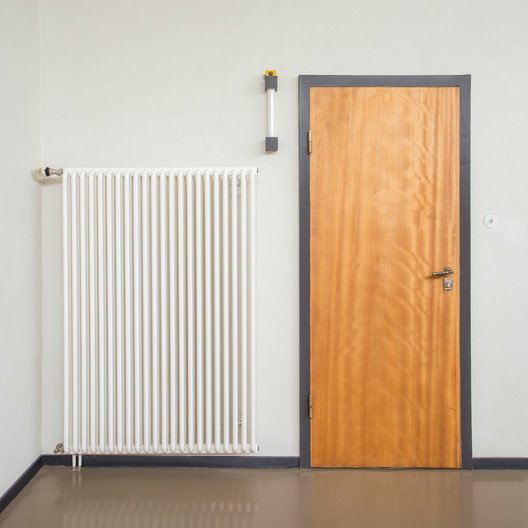 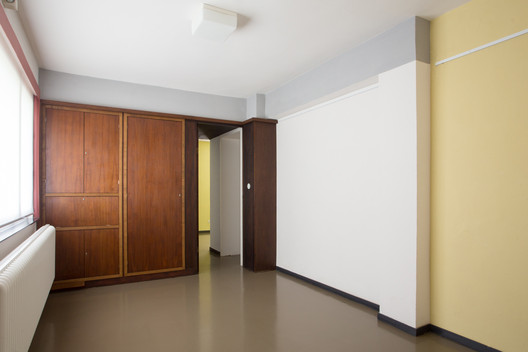