By some accounts from those who worked with Aalto, the Finnish architect was quite difficult to work for. The unpleasantness was only increased by his frequent drinking, which he reportedly felt increased his creative and artistic ability. His underlings continued to emulate him and tolerated his drinking in the office, perhaps reasoning that Aalto at least had the talent to justify the personality.

Perhaps Mies van der Rohe’s most famous house, the Farnsworth House is also the source of considerable rumor and controversy. Was there a romantic relationship at stake, or was the house just a pain to live in? What we know for sure is that Edith Farnsworth and Mies did exchange lawsuits and that Dr. Farnsworth was deeply unhappy with their transaction. Regardless of whether the story is one of a jilted would-be lover or one of an architect prioritizing his design ideals over his client, the end result is an unfavorable depiction of the pioneering architect.

Next is a story of two architects whose lives intercepted each other through their work. E-1027 is a home designed by architect Eileen Gray for her lover at the time, Jean Badovici. After their relationship ended, Badovici remained in the house and was occasionally visited by his friend, Le Corbusier. While staying as a guest at E-1027, the architect took it upon himself to paint (sometimes while nude) large colorful murals on the white walls of the home. While we can probably all agree that Le Corbusier would make a terrible houseguest, Eileen Gray unsurprisingly took deeper offense to his actions. The possibility exists that Le Corbusier defaced Gray’s work as a misguided show of admiration, but most believe that he was instead motivated by jealousy and perhaps misogyny and wanted to somehow take away Gray’s accomplishment by making it his own.

As documented in the film My Architect by Kahn’s son, Louis Kahn had a complicated personal life, to put it mildly. Nathaniel Kahn is one of Louis Kahn’s three children, who have three different mothers. More remarkable is the fact that Kahn kept each of his three families ignorant of the others. His first child was borne by his wife, his second daughter was with Anne Tyng, and Nathaniel’s mother Harriet Pattison was another of Kahn’s long-time mistresses. When Kahn died, he left behind three families, none of them aware of the others’ existence.

While this tale of Frank Lloyd Wright begins with scandal, it ends in tragedy. A few years after Mamah Borthwick and her husband Edwin Cheney had commissioned a home from Frank Lloyd Wright, both Wright and Borthwick left their spouses and children to be together. Their relationship caused negative publicity for Wright as well as aggression from reporters towards Mamah, eventually leading Wright to build Taliesin as a secluded home for the two of them. However, tragedy struck at Taliesin one day in 1914, while Wright was away in Chicago and Mamah was at Taliesin with the two children she shared with Edwin. Julian Carlton, an unstable household employee who had recently been let go, plotted to murder the residents of Taliesin before he left. In a horrific episode of hatchets and fire, Mamah and her two children were killed, along with most of the studio personnel. The murderer was captured and later died in prison before his case could be tried. Unsurprisingly, Wright was deeply disturbed by the attack, with some historians even attributing a change in his design philosophy to the event: as noted in William R Drennan's 2007 book Death in a Prairie House, the murders coincided with the end of Wright's Prairie Style period. 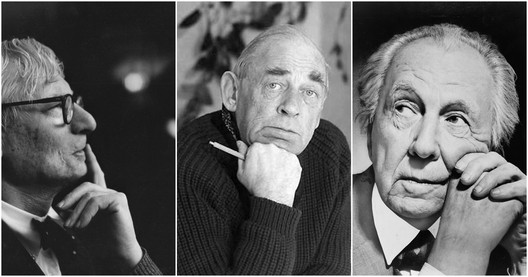