The following photo set by Fernando Guerra focuses on Boa Nova Tea House, a project by Portuguese architect Álvaro Siza Vieira. Completed in 1963, it was one of the first works done by the 1992 Pritzker Prize winner. Built on the rocks that hang over the sea in Leça da Palmeira, the tea house is in close proximity to another iconic project by the same architect, the Leça Swimming Pools, both classified as National Monuments in Portugal.

The Boa Nova Tea House was the result of a competition organized by Câmara de Matosinhos in 1958. The architect Fernando Távora won the competition and then gave the project to his young collaborator, Alvaro Siza, who was just 25 years old at the time.

Away from the main avenue, the building can be accessed from the parking lot, which is about 300 meters away. Through an arrangement of slabs and steps integrated into the rocks, the architect constructs the visitor's path revealing and hiding the maritime landscape through carefully designed dramatic perspectives. The path culminates at the entrance of the Tea House, where the low eave of the roof directs the visitor's gaze to the sea.

Inside the building, it is well worth taking the time to contemplate the apertures, meticulously planned to frame the local landscape as great living pictures. This strong relation between interior and exterior is quite remarkable in the design, reinforced with large completely open glass panels, confusing the boundaries between the building and nature.

We can also see that, through its materiality, the building both blends with and rises from the landscape. While the concrete walls have a color very similar to the rocks, the roof - a concrete slab with overlapping red Roman tiles - and the vertical volumes painted in white stand out visually, but clearly connect to other Portuguese buildings. Internally, the striking presence of the wood, on the floors, walls, and ceilings, gives a warmth to the building and shows Siza’s fascination with Alvar Aalto, especially in the details.

In 2014 the building was reopened, after lying in a state of ruin for several years because of lack of upkeep, as well as weather damage, like strong winds, and the ocean air. The renovation was carried out by the building’s creator, while the exterior, the frames, and construction details were restored, In addition, the furnishings from the original drawings and specifications were added. The building is currently a restaurant.

The Boa Nova Tea House, one of Siza's earliest commissions, was awarded to him in 1956. His collaborator, Fernando Tavora, had won the competition for the project and passed it onto Alvaro Siza. Its location close to Siza's home town had its significance, especially due to the architect's intimate familiarity with the landscape.

18 Since its completion in 1966 the Leça Swimming Pool complex, by Portuguese architect Alvaro Siza, has been an internationally recognized building. Still almost half a century later, it has gracefully retained its architectural integrity and remained a popular retreat. 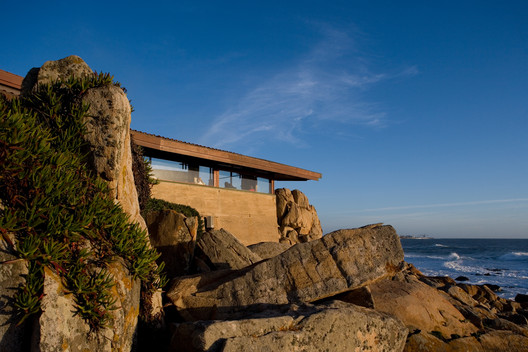