In our article in February, "11 Vernacular Building Techniques That Are Disappearing," we discussed vernacular techniques that, through the introduction of modern building and the waning prevalence of traditional lifestyles, were slowly becoming lost forms of knowledge. What we didn't discuss, though, was that few of the techniques were disappearing without some form of resistance. After the article was published we were contacted by Dutch architecture firm LEVS Architecten, who highlighted their efforts work in the Dogon region of Mali, where they work with local communities to continue--and improve--the vernacular Dogon tradition.

Despite the fact that LEVS Architecten has worked extensively within this tradition, they still consider themselves modern architects who are simply looking for responsible, alternative solutions, and have even found opportunities to utilize this knowledge for architecture projects back in the Netherlands. As Jurriaan van Stigt, partner at LEVS Architecten and chairman of Partners Pays-Dogon, explained in an interview with ArchDaily, vernacular architecture is “in the undercurrent of our thinking and approach to the tasks that lay behind every project.” 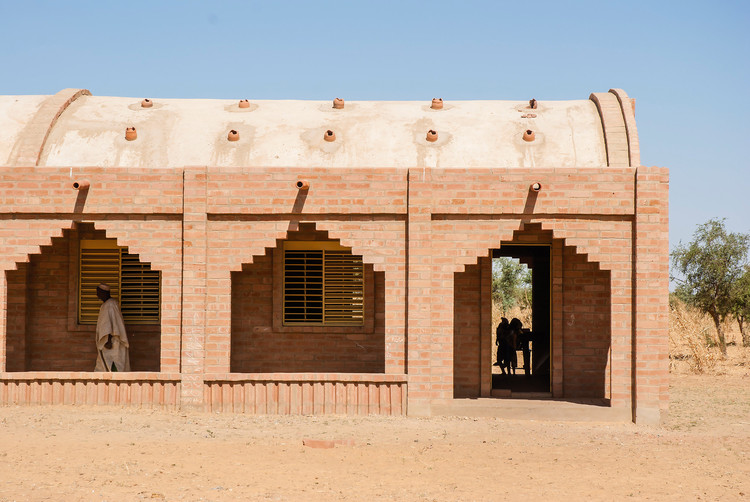 11 Vernacular Building Techniques That Are Disappearing

The story behind LEVS Architecten’s involvement in Mali starts after the Second World War, with the increasing demand for social housing in the Netherlands. Enormous apartment complexes were erected with dreams of utopian futures which quickly faded, like the infamously troubled Bijlmermeer. Unsurprisingly, like their international counterparts, Dutch architects began to doubt this utopian approach. Led by Herman Haan, a group of these architects visited Mali and were inspired by what they experienced with the Dogon: “the relation of public, semi-public, open and closed spaces--the generosity of space and in-between spaces for connecting society were crucial,” says Van Stigt. Many of these architects were later involved in the Dutch Structuralist movement, centered around the magazine Forum, and were dedicated to what Van Stigt calls the "reinvention of the necessary social glue in society.”

The mindset that began with Forum in the 1960s and 70s has been carried on by LEVS Architecten, who recognize the need for quality architecture in the rural areas of Mali, as well as the rest of Africa. Although the continent's urban areas are growing at an unbelievable rate, there are still 500 - 600 million people living in its rural areas--Hence van Stigt’s question: “how can we build and find answers to the growth of cities, but at the same time deal with the rural areas of this enormous continent?”

Vernacular architecture is a rich source of cultural knowledge, not just in Mali but around the world. However, with our increasingly urban, modern, standardized lifestyles, some believe that vernacular buildings now hold little more value than serving as tourist attractions for privileged Westerners. However, it is not just privileged Westerners or architecture firms such as LEVS Architecten that see the value of preserving vernacular knowledge. As Van Stigt clarifies, the drive to preserve traditional Dogon architecture is driven “also the local population; not only the old generation but more and more the new skilled and educated younger generation." He adds that "it is not just because of the UNESCO Heritage [of Pays Dogon], it is because it is the root of their existence!”

We forget that the communities that inhabit these areas “are the main thing that gives ‘architecture’ its meaning,” as van Stigt says. Their culture and history are embedded in their spatial and building knowledge, especially with respect to the Dogon. Van Stigt explains that the Dogon believe that everything “has a soul, a meaning... family houses, family altars, houses for the men, houses for the women; traditions of feasts every year, every 5 years and even every 60 years are still a very important part of daily life.” Their architectural knowledge is therefore, understandably, an important resource that they want to protect in order to sustain their culture.

In order to maintain the existence of a culture, social wellbeing is also a necessity. Van Stigt points out that “it is not only about a building method, but also about how communities are created and bound.” When the government of Mali was trying to modernize communities by imitating modern Western architecture, large concrete school blocks were built in the area. Not only was this a demonstration of their lack of respect for traditional building knowledge and culture, it was also proof of the lack of “connection with the community, because they were not built as a part of the village... the community could not even contribute to the building process of communal buildings, which is a Dogon tradition,” explains Van Stigt.

Taking a person who has grown up in a rural environment and placing them in an urban building does not mean they will automatically shift to an urban mentality. LEVS Architecten responded by developing the Tanouan Ibi Primary School, “developed and built together with the local community as an equal partner," says Van Stigt. "This creates commitment and a more sustainable future because it isn’t just a school building, it’s theirs.” Despite the strict compositions of Dogon communities, LEVS Architecten managed to build a successful building with a relatively new program, indicating how the evolution of a vernacular building method can be far richer, more engaging and provide more development to a society than stereotypically “modern” building techniques.

Education and Expanding Our Architectural Knowledge

Accomplishing this revival of traditional Dogon building techniques could not happen without some form of experimentation, however. Traditionally, the Dogon covered their stone constructions with loam to protect against the sun and rain, using a type of wild berry as a critical strengthening ingredient in the material. However, the loss of these berries through desertification has resulted in structures that must be replaced each year, with buildings often simply left to deteriorate instead. To address this problem, 20 years ago LEVS Architecten began to develop Hydraulically Compressed Earth Blocks (HCEB) in order to provide the Dogon with a durable building method that is still based on local materials and is not dependent on concrete support structures. Although the current mixture for these blocks does contain a little cement (less than 5%), the architecture firm is experimenting with other materials that could replace this ingredient such as lime, rice bran, and crushed shells. As van Stigt puts it, “it is surprising that we still believe that concrete, one of the largest contributors to CO2 emissions, is the only solution for building.”

Learning from and being exposed to previously undiscovered techniques, such as mixing berries into your earth to make it up to 700% more durable, is forcing architects such as LEVS Architecten to rethink the way they approach architecture. Van Stigt believes that “by knowing the nature of a material we can build new advanced techniques to adjust exactly what is needed for ‘new modern use.’” In a world where extreme environments are likely to become more commonplace, it is important to learn from cultures that have survived through such environments for hundreds of years. Again, van Stigt reiterates how important this is: “The Dogon watch and trust our Western way of working and thinking too much. Today we may be ahead but the future could be in Africa--once they make smarter decisions based on this 'what if' question.”

“Not making things is always more sustainable than making sustainable products that we actually don’t need,” says Van Stigt. Through the vernacular building techniques of the Dogon--and most vernacular building techniques for that matter--transportation costs are reduced to almost nothing. “In Nando we built with natural stone with plastering, in Yougho only with yellow-brown mud, in Tin Tam with very red, almost rusted iron-colored mud, and in the plain with almost white sand-colored mud,” says Van Stigt of the various different projects LEVS Architecten has completed in Pays Dogon. The concrete that makes up less than 5% of the HCEB earth mixture makes up 85% of the total cost of producing those blocks, simply because it is imported. It is clear to Van Stigt that the standard modern techniques are not a solution in Africa. “If we really think we can continue to build everywhere in Africa, for 1.3 billion people, in this way, we can imagine the increasing problems for nature and global warming,” he says.

Finally, and perhaps surprisingly to some, vernacular architecture can help to improve people's quality of life, largely due to the reduced costs of building. Communities can get far more for their money when building with local materials, local workers, and local knowledge than if they import concrete slabs that are too expensive, too hot for their environment, and not built as an integrated part of their community. Van Stigt explains that “the Dogon area in Mali is underdeveloped, as the government hardly invests in this remote region of the country. Therefore, the development of new building techniques based on local construction methods, using local materials and training new masons creates a spin-off for local development.” The HCEB technique is a perfect example of this. As LEVS Architecten continue to explore further methods of building, van Stigt leaves us with an important message: “the preservation and adoption of techniques combined with new, improved uses of this knowledge is a must if we really want to achieve a more equitable quality of life all over the world.” 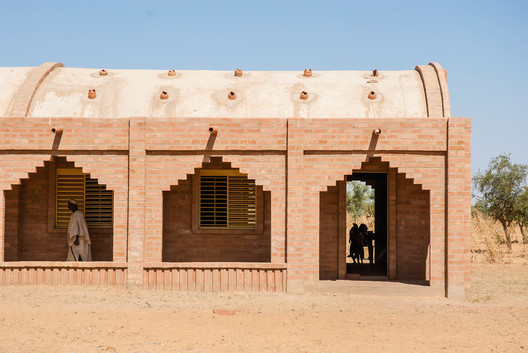