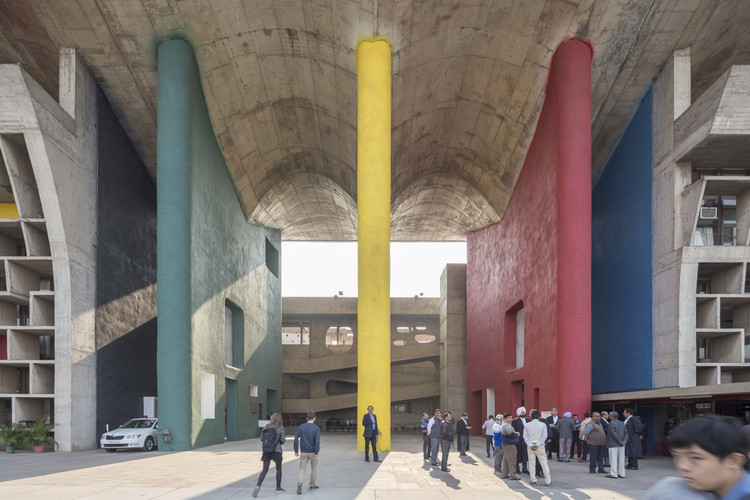 Bereft of Lahore, the Punjabi government elected to build a new capital city in a plain situated along an existing railroad track 270 kilometers (167.8 miles) north of New Delhi. Jawaharlal Nehru, the first Prime Minister of India, was determined that this new city should project an image of modernity and progress, a mandate which was put to the American architect Albert Mayer and his collaborator Matthew Nowicki. Over the next year, the pair began to develop a plan based on the Garden City model but, when Nowicki died unexpectedly in an accident in August 1950, Mayer withdrew from the project.[2]

With the initial design team gone, the directors of the Chandigarh Capital Project journeyed to Europe to search for a replacement. They were referred to the French architect Le Corbusier who agreed on the grounds that his cousin, Pierre Jeanneret, be hired as the site architect. Maxwell Fry and Jane Drew, the English couple and architectural team who had suggested Le Corbusier for the project, also agreed to work on the housing for the project; Le Corbusier would be in charge of further developing and detailing the preliminary plan already laid out by Mayer and Nowicki.[3]

Rather than simply fill in the gaps of the incomplete master plan, Le Corbusier embarked on a decisive mission to tailor it to his own design rationale. The curvature of Mayer’s fan-shaped concept, with roads conforming to the terrain of the site, was reworked into a grid with curves so shallow as to nearly be orthogonal. The new roads were assigned a hierarchy, ranging from “V1” arterials that connected cities to “V7” pedestrian paths and “V8” bicycle paths.The grid of roadways bounded large Sectors (originally referred to as “Urban Villages” in the Mayer scheme), each of which featured a strip of greenspace along the north-south axis crossed with a commercial road running from east to west. The new layout compressed Mayer’s 6,908 acres down to 5,380 acres, increasing the density of the city by 20% while still essentially respecting the principles of the Garden City Movement.[4]

The inspiration for Le Corbusier’s master plan has been credited to a number of sources. Its emphasis on ample green space between its roads and buildings drew not only from the Garden City principles requested by the local government but from the architect’s own concept of the Ville Radieuse – albeit with the towering glass skyscrapers replaced by sculptures reflecting Chandigarh’s governmental purpose. Rather than razing one of the cities in his native Europe to craft his perfectly ordered urban paradise, Le Corbusier had the opportunity to utilize those same principles on the untouched Punjabi countryside.[5]

Curiously, Chandigarh’s system of grand boulevards with key focal points appears to have been derived from that of Paris, the metropolis which so disgusted Le Corbusier that he wished to demolish it in favor of his preferred urban scheme (itself Haussmanian in its vision). It is also likely that inspiration for these qualities came from the earlier plan for New Delhi, a more local example of comprehensive city planning aimed at the glorification of the state. The overall rectilinear format of Chandigarh has also been compared to the squared layout of medieval Beijing; the new city was therefore based on at least three auspicious national capitals.[6]

While the Master Plan took form as Le Corbusier envisioned, he was never pleased with the housing that rose alongside his cherished grid. From the moment he took on the project, the architect intended to apply his Unité d'Habitation concept to Chandigarh, inserting residential highrises for the city’s government employees into the otherwise low-lying city; despite his efforts, however, the local government demurred, and the design of the residential units became the sole responsibility of Jeanneret, Fry, and Drew.[7]

These residences fell into thirteen categories based on the rank and incomes of the government officials who would inhabit them. Each category was assigned both a number denoting its rank in this financial scheme and a letter indicating its designer; however, all were unified in their modern, geometric simplicity. The primary visual interest in the otherwise monolithically rectangular buildings came from the deep overhangs and recesses employed for the purpose of shading, along with perforated screens and, in some cases, verandahs.[8]

Disappointed and insulted that his vision for a collection of towers in parks had been overruled, Le Corbusier effectively washed his hands of the city – an attitude reflected in the way he developed the Capitol complex. His original concepts designated the complex as the head of the Master Plan, with drawings from late 1951 depicting the Secretariat on a clear line of sight with the rest of the city and framed by the Himalayas in the background. After what he considered the “betrayal” of his team, however, Le Corbusier altered his plans significantly, placing artificial hills between the Capitol complex and the rest of Chandigarh, breaking the line of sight between the two. This was not accidental: not only did Corbusier draw a series of sections to verify that pedestrians could not see one from the other, he ordered workmen to remove a path over the top of the hills on the grounds that “The city must never be seen.”[9]

Now isolated from its urban context, the Capitol complex took on a distinct aesthetic and spatial vocabulary. The Governor’s Palace was to be placed at its head, with the High Court and Palace of the Assembly opposite each other nearby and the Secretariat off to the side, subordinated by virtue of its unceremonious location. For the forms of the buildings themselves, Le Corbusier applied a combination of traditional Classical features and Indian design innovations, all simplified and realized in concrete.[10]

The Palace of the Assembly took the form of a large box into which the distinct forms of the Senate and Assembly chambers appeared to have been inserted. Its main façade, which faced the High Court building, featured a portico with an upturned curve, through which one entered a cavernous, shadowy interior with a grid of slender columns rising to the darkened ceiling. Across the central plaza stood the High Court, an open-sided box which was also topped by a portico composed of inverted curves. Here, however, the axis of the curvature was perpendicular to the main façade, the sunlight shining between the arches and the roof of the habitable space of the building. The windows lining the front of the Court stood behind a grille of brises-soleil, while a gaping opening to one end of the structure, punctuated by three brightly-colored columns, marked the primary entrance.[11]

The Governor’s Palace, the intended centerpiece of the Capitol complex, was ultimately deemed “undemocratic” by Nehru and removed from the scope of the project. In its place stands a lone sculpture of an enormous hand seemingly melded with a dove. The sculpture, almost PIcasso-esque in its stylization, was so important to Le Corbusier that he repeatedly urged Nehru to approve its construction despite the latter’s admonition that India could not afford the expense. Of its symbolism, he stated: “It was not a political emblem…[but] an architect’s creation… Open to receive the wealth that the world has created, to distribute to the peoples of the world… It ought to be the symbol of our age.”[12,13]

From the moment it was built, Chandigarh enjoyed a position of prominence in both the Indian and global architectural fields. The spirit of exuberant hope that arose in the early days of Indian independence survives in many of its citizens, even if the fabric of the city has been changed by time. Far beyond its intended population of 500,000, Chandigarh and the surrounding area is now home to three times that number – a population boom which has necessitated a series of controversial suburban developments over the years. Despite the inevitable growth of the city beyond its original rectangular borders, Chandigarh continues to hold the admiration and affection of locals and the international architectural community; long after both his and Le Corbusier’s deaths, the Punjabi capital continues to serve as, in Nehru’s words, “an expression of the nation’s faith in the future.”[14] 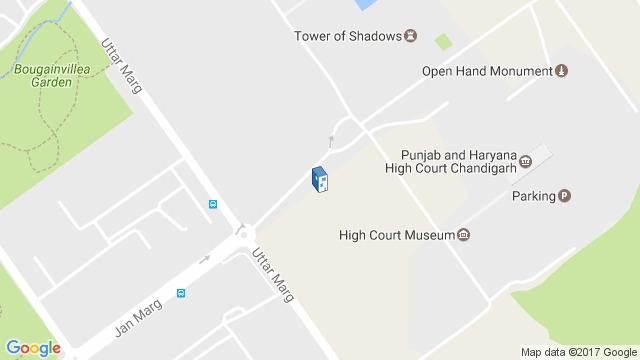 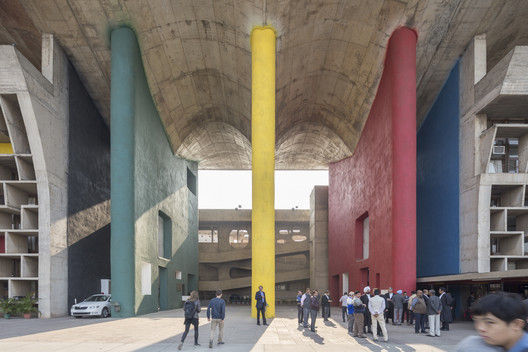