Save
How to Change Cities With Culture: 10 Tips Using UNESCO
Share
Or
Copy

This article, written by Svetlana Kondratyeva and translated by Olga Baltsatu for Strelka Magazine, examines the most interesting cases of the role of culture in sustainable urban development based on the UNESCO report.

UNESCO published the Global Report on Culture for Sustainable Urban Development in the fall of 2016. Two UN events stimulated its creation: a document entitled Transforming our World: the 2030 Agenda for Sustainable Development, which emphasizes seventeen global goals for future international collaboration, was signed in September of 2015 at the Summit in New York. Habitat III, the conference held once in twenty years and dedicated to housing and sustainable urban development, took place in Ecuador in October of 2016. The question of culture’s role in urban development, and what problems it can solve, was raised at both events. To answer it, UNESCO summarized global experience and included successful cases of landscaping, cultural politics, events, and initiatives from different corners of the world in the report.

The experts of the Strelka Institute researched the post-Soviet space by examining eleven countries of Eastern Europe and Central Asia. Here are ten of the most outstanding casestudies.

The report is divided into two parts: the first consists of regional research conducted along with partner institutions. The countries were divided into eight areas based on geographical and historical commonality. The first one included the territory of Africa (with the exception of its northern counties). Tunisia, Algeria, Libya, Syria, Mauritania and Morocco, along with the Arabian Peninsula represented the second area. Europe was the third; the fourth was formed by Russia and the territory of the former USSR with the exception of Lithuania, Latvia, and Estonia. The fifth region combined the South Asian countries: India, Iran, Pakistan, Sri Lanka, Afghanistan, Nepal, and others. The sixth included Australia, New Zealand, South-Eastern and Eastern Asia. North and South America were the last two areas.

For each area, there was a short overview showing what influenced their cultural distinctiveness and how it is being developed now. The second, thematic part of the report was dedicated to twelve issues concerning urban dwellers, the environment, and politics. For example, it contained a consideration of the people-oriented approach to city development, the quality of the environment, and the development of connections between urban and rural areas.

Culture and Immigration: Why Save Chinatown and Rehabilitate Music?

Steven Vertovec, head of the Max Planck Institute for the Study of Religious and Ethnic Diversity, points out some interesting changes in the subject of migration and urban processes associated with it. According to him, processes of overpopulation now happen more rapidly than ever before. They create stable flows of ideas, symbols, and meanings that are being transferred between countries and continents. Also, a new phenomenon has appeared: migrants demand equal rights and opportunities for participation in social life in the new location very actively and sometimes even aggressively. Based on these observations, Vertovec speaks of a new term: "super-diversity".

The key distinction of this phenomenon lies is the fact that the newcomers mostly live in the same districts as the migrants from previous waves and generations. As a result, we get a territory with multilayered cultural and social features, which still opposes itself to the main, official culture of the city. On one hand, this results in segregation and conflicts. On the other hand, this can encourage the creation of new methods of cooperation and cosmopolitan practices. For example, Vancouver, which doesn’t have a single ethnic group that amounts to more than 25% of the population, has translated basic important public documents into several languages and implemented multilingual phone lines. The Diverse Communities and Multiculturalism strategy, which helps the newcomers to adapt, was developed in the city. It also has initiatives set up to support LGBT communities, fight racism and discrimination, and fortify mutual understanding between natives and immigrants.

The case of Sydney shows how a "Chinatown’s" status can change. Chinatown in the Haymarket district was basically considered an immigrant ghetto until the 1970s; then people started rethinking its role. In 1980 two arches in the Chinese style, traditional red lanterns and other Eastern paraphernalia were set up at the initiative of the government and business community. Thus, "immigrant" culture found a way of formal expression. However, a new problem appeared in the 21st century: gentrification and the threat of loss of identity. The Chinatown Public Domain Plan program was developed in 2010 to preserve the historical district. It aimed to "respect, protect and build on the area’s historic links with Chinese culture and the Chinese community, together with the growing influence of other Asian cultures and communities, while recognizing the area’s importance to contributing to the vitality and diversity of Sydney as a global City."

In 2006. Uruguay had to not just recognize immigrant culture but also, in a way, regenerate it. That year the government of Montevideo suggested a new annual holiday, National Candombe Day, dedicated to Afro-Uruguayan culture and racial justice. It celebrates the Candombe music style, which came from Africa. Historically it had been treated as a part of slave culture, and immigrants who wanted to improve their position in a new country even tried to distance themselves from their own traditions. The new holiday was meant to change these associations with Candombe. A few years later it was recognized on a global scale: UNESCO added this style to the list of Intangible Cultural Heritage in 2009.

Culture and Conflicts: Reconstruction as a Symbol of Peace and Tragedy Museums

Lately, a wave of mass destruction of historical landmarks has taken place in certain countries that are involved in military conflicts. Such losses usually undermine the morale of the population, who have lost part of their tangible history and identity. However, it can also become an incentive for unification and the revival of traditions. Timbuktu, a city in Mali, is a great example. Its mosques and adobe houses were included in the UNESCO list in 1989. But the city was badly damaged during the armed uprising in 2012: fourteen out of sixteen mausoleums with tombs of the saints were destroyed, museums and libraries looted, unique manuscripts burnt. Both international specialists and local citizens were invited to participate in the reconstruction of the landmarks after the city’s liberation. As a result, some citizens were taught traditional construction techniques, which means that this unique historical knowledge was actualized.

Interestingly, reconstruction of landmarks damaged in conflicts sometimes costs more than the landmarks themselves. The Old Bridge—a 16th Century landmark—was destroyed in Mostar (Bosnia and Herzegovina) in 1993 during the Croat-Bosniak War. The construction was a symbol of the peaceful life of the multinational population of the city and the country, which led to its destruction. During the reconstruction work, the fallen pieces of old buildings were raised from the bottom of the river and reused. Stone was also obtained from local quarries. The bridge was opened in 2004 and a year later it was added to the UNESCO List of World Heritage in recognition of its great symbolic significance.

Conflicts also have an opposite side: sometimes they give cities new landmarks and practices and solidify their identity. In their description of southern African countries that experienced liberation movements and changes of government, the authors of the report allocate this kind of heritage to a separate category. It includes uprising squares, former prisons, and dictators’ palaces. The District Six Museum, opened in Cape Town in 1994, represents another similar case. It is dedicated to the period of apartheid and the forced transportation of 60,000 local citizens. The exposition presents the map of the area with handwritten notes from former occupants, indicating the location of their homes and old street signs, and also stories of the relocated families. The museum has become both a landmark of the tragedy and the meeting point for those who identify themselves with the district’s history.

Public Spaces: Culture in the Ghetto, a Former Prison and on the Square

A lot of interesting cases from the UNESCO research address the opportunities to influence the welfare, image, and economy of specific areas using public spaces. For example, traffic is limited on the Siena embankment in Paris during the summertime so that recreation areas can be organized. The first such area was set up in 2002 on the mayor’s initiative. According to him, a recreation area by the water could be useful for citizens that don’t have an opportunity to leave the city for the summer. The project turned out to be quite popular: "Paris beaches" have been set up at several spots since 2006.

In 2007 the Colombian government decided to breathe life into one of the most dangerous districts of Latin America—Santo Domingo in Medellín—with new public transport. Drug dealing had thrived there for a long time and its connection with other parts of the city had been quite weak. A new cable road was set up in 2004, and a few years later the Spain Library Park was built. It improved the attractiveness of the place due to its original architecture and stimulated the updating of other, already existing libraries.

A prison in Valparaíso, Chile, was reprogrammed into the Valparaíso Cultural Park. Dance, music and circus events, fairs and street theater performances are held there. The international Bridges & Borders festival, which brings together over 20 artists from around the world, was organized in the city in March 2013. The Chinese artist Ai Weiwei painted a 900-meter long picture dedicated to the Chilean poet and Nobel prize winner Pablo Neruda on the former prison’s wall the same year.

The report also includes examples that demonstrate how vulnerable public spaces can be. The case of Jemaa el-Fnaa square, located next to the entrance to the medina of Marrakesh, is quite illustrative of this. For many centuries it had been a place that drew street performers, artisans and craftsmen, snake charmers, henna artists and many more representatives of local traditional cultures. That territory was added to the UNESCO World Heritage list. Its atmosphere and cultural practices are considered to be a masterpiece of oral and intangible heritage. On one hand, the increased flow of foreign tourists improved the social status of those who performed on the square and gave them financial benefits.

On the other hand, some traditional kinds of art turned out to be under threat of extinction. These are the storytellers and poetry reciters, who are dependent on the audience’s capability of understanding Moroccan and Berber dialects. The development of tourism seems to be presented in the report as one of the most ambiguous tools. It can breathe some life into traditional crafts and boost the economy of small towns and villages. However, if misused, or if the flow of people gets too massive, popular places and districts may lose their atmosphere, native citizens or customary infrastructure. 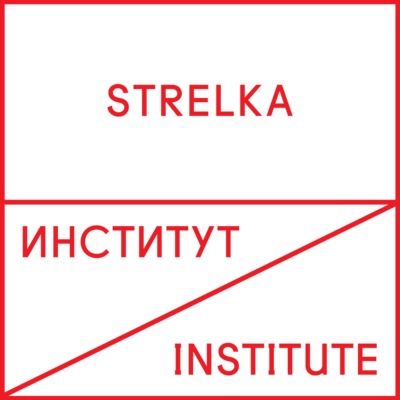