Save
10 Traditional Festivals Around the World: A Good Excuse to See New Architecture

We experience our cities daily through ordinary acts, whether it’s commuting, looking for a quiet place, having lunch downtown, or even exercising. However, one of the most exceptional ways to experience the different roles of a city's urban space is through traditional festivals, rooted in local cultures presented through different clothing, culinary arts, dances and other arts.

Through these festivals, one can see the uses and the demands of the urban public space, in which cultural actions offer new ways to take over the city - at a time when the streets are no longer just a transit space and become a space of leisure and residence, overtaken by a different atmosphere.

New cultures are built on new practices. Through travel, architects can expand their repertoire and gain new influences for their projects. Here, we take a look at some traditional festivals around the world that serve as a good excuse to unveil new ways of thinking about a city and, as a result, to see great architectural works.

Read on to see ten amazing festivals to visit on your next trip.

China hosts the world's largest ice festival. Based in Harbin, during winter you may come across the largest sculptures—and even buildings—made of ice on the planet.

While you're there, take the opportunity to visit the incredible Harbin Opera House and the China Wood Sculpture Museum, both by MAD Architects.

Carnival originated in Greece between 600 and 520 BC. The feast of "carnis levale" marked "farewell to the flesh" and came before a great period of abstinence and fasting: Lent. After two millennia the festivities have become extravagant, and the largest carnival in the world grew up across the ocean in Brazil.

Carnival celebrations are distinctive, from parades of internationally famous samba schools to clubs, parties and—most interestingly for those who seek to experience urban space—blocks of processions in the streets.

Each city has a unique carnival, and we recommend five: Rio de Janeiro, Recife, Salvador, Ouro Preto and São Paulo.

Speaking of Carnival, we can’t forget "Mardi Gras"—which means "fat Tuesday" in French, reflecting the practice of eating rich and fatty foods before fasting during Lent. The most traditional party takes place in New Orleans, bringing color and fun to the streets of the city.

In addition to celebrating, you will have the opportunity to see how the city rebuilt itself after Hurricane Katrina, understanding the role of architecture and urbanism in this reconstruction. A good tip is to check out the residential projects made by Make It Right.

Also known as the Festival of Colors, Holi celebrates the arrival of spring in India. Between drinks, food, and a lot of music, in this festival colors are given great prominence: the people throw colored powders and paints at each other. Despite the festive tone, this is an important event in Hindu culture because it is the moment that celebrates the legend of Radha and Krishna, which recounts the pleasure that Krishna felt when coloring Radha and Gopis. Holi Hai!

If you are traveling in India, don’t miss the chance to see Chandigarh, planned by none other than Le Corbusier.

This party was born from burning leftover wood from carpentry workshops in Valencia, Spain. The Valencians transformed this burning into a huge event that occupies the whole city. The festival features the "Falles," large wooden sculptures whose name derives from an old Catalan word meaning torches. These are often designed after satirical themes or show traces of their culture and local history, and are burned on the last day of the party, the day of the cremà, on the day of Saint Joseph.

The festival begins a few days before, but the must-see day is the 14th when la planta takes place. On the 17th there’s a beautiful flower offering and on the 18th is the great nit del foc, when there is an unforgettable spectacle of Fireworks on the River Turia - a river that also hosts the City of Arts and Sciences, the controversial project by Santiago Calatrava.

The Mud Festival takes place annually in the city of Boryeong during the summer, attracting more than two million visitors to the city. The event began as an advertisement for the cosmetics that carried the mineral-rich Boryeong mud as an ingredient.

The fun seems guaranteed and in addition to improving your skin, you can take advantage of a trip 200 kilometers north to Seoul to see the city's incredible buildings and urban landscape.

You've probably already heard of Oktoberfest, the biggest beer festival in the world. Created by the Bavarian king Ludwig I to celebrate his marriage in 1810, it currently receives approximately six million visitors a year. The festival also celebrates Germanic traditions and has become international, happening in several cities across the world. The second largest Oktoberfest celebration is in Blumenau, Brazil, with an average audience of 700,000 people per year.

Visiting Munich offers a chance to see one of the greatest works designed by 2015 Pritzker Prize Winner Frei Otto, the Olympic Park.

End of summer (around October) / Paris, France (and many other cities)

The main idea behind this event is to bring contemporary artistic creation to the citizens and invite everyone to spend the night immersed in an exchange of experiences.

"White Night" is a Parisian cultural initiative that was created in 2002. Its great success has caused several other cities including Brussels, Madrid, Riga, and Rome to adopt the event and adapt it to their local contexts. The event arrived in Latin America for the first time in São Paulo, under the name of "Virada Cultural," and then in Lima, La Paz and Bogota. It certainly is an event not to be missed in any of these places, but here we recommend the original city: Paris. In 2017 the artistic direction will be realized by Charlotte Laubard.

In all cities the events are free and allow citizens to experience and occupy urban spaces throughout the night with the artistic avant-garde.

Day of the Dead

The celebration of the lives of ancestors has long been present in Mexican culture, starting more than three thousand years ago. The Day of the Dead was inscribed on UNESCO's List of the Intangible Cultural Heritage of Humanity in 2008.

November 2 became a festive day because, as they say, it is when the dead have divine permission to visit their relatives and friends. And as good hosts, Mexicans decorate their homes with flowers, candles, and incense, celebrating this visit with food, music and their favorite sweets. In the streets there are parades of people who dress up in skull masks, wear clothes with painted skeletons, or fantasize about death. This is also a great time to bring to the surface one of the characters of Mexican popular culture: the Catrina Skull.

If you are in Mexico, among other tips, do not miss the chance to see the works of the great Mexican architect Luis Barrágan, ​​or to go deeper into surrealism by visiting Las Pozas.

The use of masks was part of a culture that was in danger of being forgotten in Burkina Faso, so the Asama decided to create the FESTIMA: an event that seeks to enhance the tradition of masks in Africa, fostering their expression through dances, parades, exhibitions and a mask market. The festival takes place only in even years, so its 21st edition will take place in 2018.

Want another beautiful reason to visit Burkina Faso? There you will have the opportunity to visit the works of Francis Keré and see how good architecture influences the day-to-day life of a community.

Correction update: This article originally stated that the "Fallas" of Valencia's festival are named after the Spanish word for "failures." In fact the word in Valencian is spelled "Falles" and derives from an old Catalan word meaning "torches." In Castilian Spanish the festival name is spelled "Fallas." 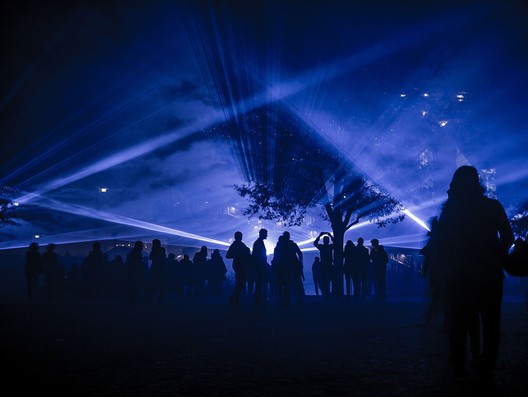