Save
AD Classics: Trylon and Perisphere / Harrison and Fouilhoux
Share
Or
Copy

With the onset of the Great Depression in the 1930s, the great World’s Fairs that had been held around the globe since the Crystal Palace Exhibition of 1851 lost much of their momentum. With the specter of another global conflict looming like a stormcloud on the horizon in the latter half of the decade, prospects for the future only grew darker. It was in this air of uncertainty and fear that the gleaming white Trylon and Perisphere of the 1939 New York World’s Fair made their debuts, the centerpiece of an exhibition that presented a vision of hope for things to come. 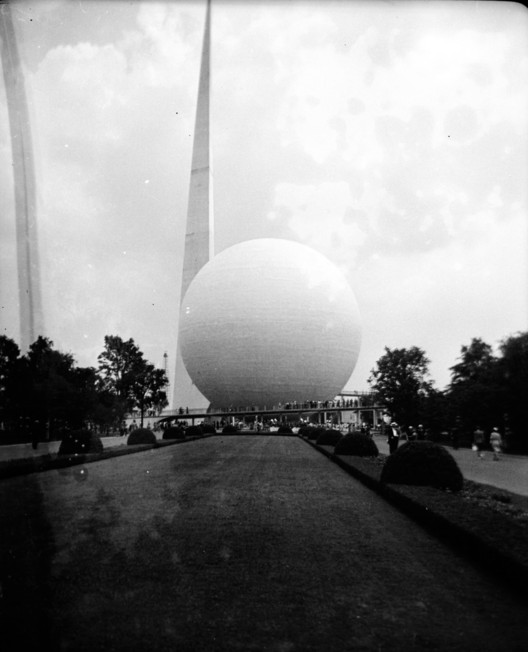 The 1939 Fair was initially conceived in 1934 as a celebration of the 150th anniversary of the inauguration of the United States’ first president, George Washington, and the ratification of its constitution. However, the committee formed to plan the fair quickly changed its focus, and by 1936 had settled on a final theme that had little to do with American history: “Building the World of Tomorrow.” Pressure from sponsors ultimately led to the commercialization of this guiding theme, with much of the fair grounds given over to exhibitions of the consumer goods produced by the fair’s supporters; while the idealistic vision of the future remained, its basis was now abundant consumerism unrestrained by the harsh economic realities of the 1930s.[1]

The variety of exhibition halls and pavilions that arose on the site of a former dump in Flushing Meadows all followed this optimistic mandate, but the greatest manifestation of this ideal was to be found in the fair’s enormous centerpiece structures. The Trylon and Perisphere were, respectively, a three-sided obelisk and a sphere mounted on five steel pillars. Connecting and encircling the two buildings was a 950-foot ramp called the Helicline. The two steel-framed structures dominated the fair grounds: the Trylon stood 610 feet (186 meters) tall, and the Perisphere had a diameter of 180 feet (55 meters). Thanks to their enormous dimensions, the Trylon and Perisphere were visible from miles away, an effect intensified by the fact that both were painted pure white.[2,3]

While the forms of the 1939 Fair’s theme structures became iconic for their geometric simplicity, the design process was anything but simple; according to the fair’s delineator Hugh Ferriss, the sheer amount of studies in geometric form and materiality produced by the architects occupied the entire wall space of their drafting room.[4] Given the symbolic and visual prominence of the project, it is unsurprising that architects Wallace Harrison and J. André Fouilhoux so exhaustively considered its formal possibilities. The eventual “spike and sphere” design on which they settled was intended to represent the finite and the infinite, a fitting analogy for the vision of a heady future built using existing technologies being presented by the fair at large. The names for each of the structures were based in Greek: while the tri in Trylon simply signified its three sides, the peri in Perisphere referred to the “all-around” view presented within its featureless white mass.[5]

Visitors entered the Perisphere by riding an escalator—at that time the world’s largest—from the Trylon. The exhibition space within the Perisphere, roughly twice the size of the Radio City Music Hall auditorium, was home to a diorama depicting an ideal city of the future.[6] This concept design, named “Democracity,” covered an area of approximately 11,000 square miles (28,500 square kilometers) and supported a population of 1.5 million people. It was primarily a vision of suburbia, one based on Ebenezer Howard’s Garden Cities model: a central business district named Centerton surrounded by industrial Millvilles, residential Pleasantvilles, park lands and agricultural fields, all interconnected by a network of modern automobile expressways. Visitors overlooked the tableau from moving platforms, while a light show above them displayed workers from a wide variety of trades coming together to build the World of Tomorrow.[7,8]

Despite the utopian promise embodied in the Trylon and Perisphere, their construction was hampered by the limitations of reality. The original dimensions of a 700 foot (213 meter) tall Trylon and 200 foot (61 meter) diameter Perisphere had to be scaled down due to budget restrictions, altering their proportions in the process. More noticeable, however, was the necessary compromise in building materials: while Harrison had intended to use concrete for the exterior cladding, he was ultimately forced to accept gypsum board and plastered with stucco. The resulting façade was not perfectly smooth as concrete would have been, detracting from the effect of the otherwise pure geometry.[9]

These compromises did little to detract from the public’s admiration. While the classical layout and “confused” aesthetic of most of the fair drew ire from contemporary critics, the abstract modernism of the Trylon and Perisphere was often singled out for praise.[10] As much a symbol of the 1939 Fair as the Eiffel Tower had been at the Exposition Universelle fifty years before, the Trylon and Perisphere were depicted on almost countless forms of advertising and memorabilia during the fair’s two-year run. The unmarked white shell of the Perisphere was used as a surface for projections each evening, transforming its stucco surface with images of cloudy skies, intricate patterns, or—on Halloween of 1939—a gargantuan Jack-o-Lantern. By day or by night, the ‘ball and bat,’ as they were humorously referred to, stood as the unmatched climax of the fair.[11]

The promise of the 1939-40 World’s Fair in signifying a brighter future seemed to vanish before the fair itself had even closed. The outbreak of the Spanish Civil War led to the closing of the Spanish Pavilion, and as Nazi Germany began its conquest of Europe, Poland, Denmark, Norway, Belgium, the Netherlands, and France were forced to drop out as well.[12] When the Trylon and Perisphere themselves were dismantled so that their materials could be put to use in the war effort, it seemed as though the fair’s dream of a better tomorrow had been destroyed with them.[13] However, their influence would continue to be felt in the years that followed the war, as a new wave of development in the United States hearkened back to the prosperous suburban ideal presented in Democracity. The Trylon and Perisphere themselves, while no longer physically extant, have earned an enduring legacy as one of the world’s greatest symbols of hope for the future when there seemed to be no hope at all – a vision of the World of Tomorrow that has yet to be forgotten.[14] 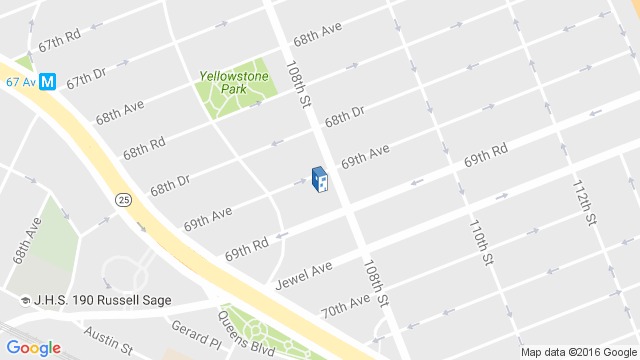 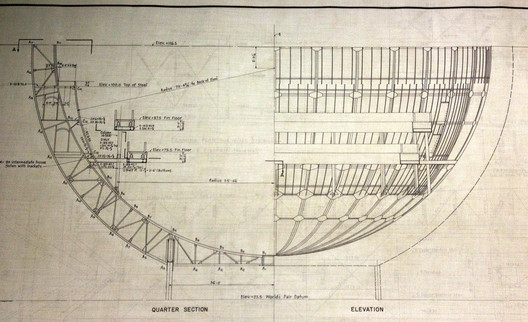