Bjarke Ingels Group (BIG) and Hyperloop One have unveiled joint designs for an autonomous transportation system and the world’s first Hyperloop pods and portals in the United Arab Emirates (UAE). The designs are being presented as Hyperloop One signs a deal with the Dubai Roads and Transport Authority (RTA), bringing the project one step closer to reality. 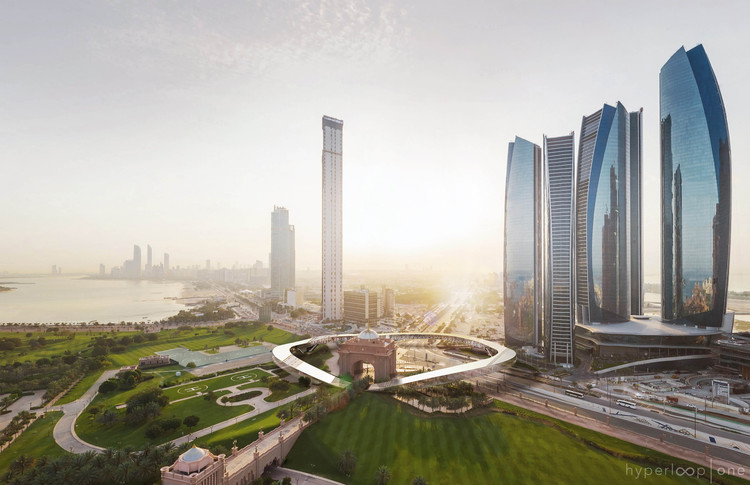 In May of this year BIG, along with Arup and AECOM, partnered with business magnate and global innovator Elon Musk to design and develop the vehicles and spaces necessary to make the Hyperloop system human-friendly. Initial tests on a system built in the desert outside of Las Vegas saw the model pods reach speeds of 187km/h (116mph) in just 1.1 seconds. Hyperloop One partnered with BIG in order to develop a detailed feasibility study, financed by the RTA. Their joint concept designs for autonomous transportation in the UAE also includes plans for the world’s first Hyperloop One Portals and Hyperloop One Pods that will take passengers from downtown Dubai to downtown Abu Dhabi in twelve minutes, replacing a two-hour drive.

“Together with BIG," Josh Giegel, President of Engineering, Hyperloop One has said, "we have worked on a seamless experience that starts the moment you think about being somewhere – not going somewhere." He continued:

According to BIG, the design of the scheme is based on a study of "how an urban and inter-city transport network should integrate with existing infrastructure." They describe it as autonomous, point-to-point and able to vastly simplify the experience of "getting from front-door to final destination." The locations of the initial route in the UAE have been selected by passenger density and proximity to existing or planned transportation hubs. They state that "all of the portals have been designed as individual answers to different contexts, yet appear similar and easily recognizable."

How Hyperloop One Will Work

According to the designers, "all elements of the travel experience are designed to increase convenience and reduce interruptions. The main objective of the design is to eliminate waiting from the passenger experience. Hence, the stations are called portals. All departure gates are immediately visible upon entering the portal, and a simple numbering system allows passengers to quickly identify them. Passengers will travel in pods that have room for 6 people. The pods are contained within a transporter, a pressure vessel attached to a chassis for levitation and propulsion that can accelerate the transporter to 1,100km/h."

"Passengers board the next pod that is available, which moves onto a transporter to their final destination. The relatively small unit-size of the pods paired with a high arrival and departure-rate allows for on-demand travel. Different interior environments and seating arrangements offer passengers a travel experience tailored to their needs, whether travelling solo or in groups, for business meetings or casual trips."

"The pods operate autonomously from the transporter, which means they are not limited to the portal area and can move on regular roads and pick up passengers at any point. At portals, pods are loaded onto the transporter and hyperjump to another portal, where they merge onto the street and drop passengers off at their final destination." 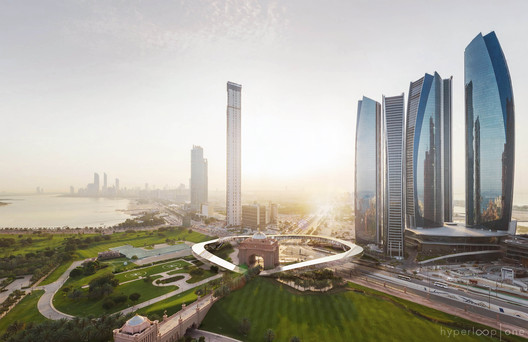