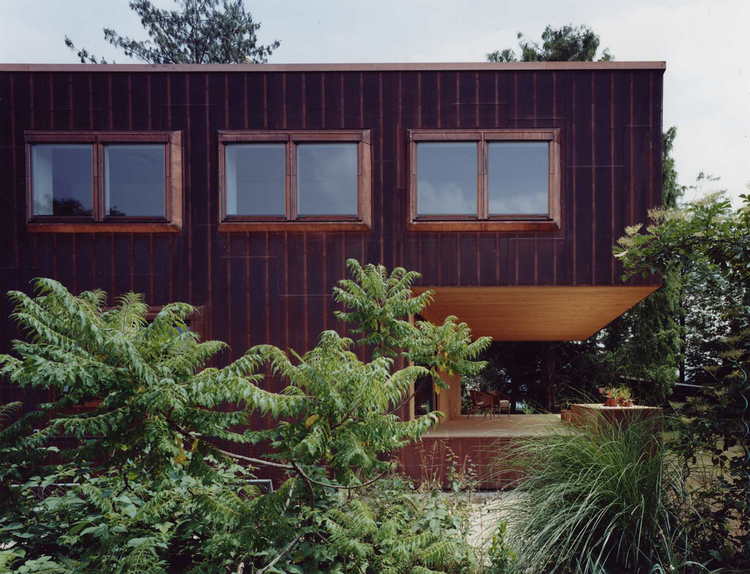 Text description provided by the architects. The house is situated in Witterswil, a village in the agglomeration of Basel, approximately 15 minutes by tramway from the city center.

The already existing pavillon-like structure served as a doctor practice. The new owners (a pastor's family with three children) acquired it in 2005 with the idea of expansion and turning it into their home. In order to leave the surrounding garden area untouched the architects proposed to extend the structure vertically rather than horizontally, thus respecting the building's original footprint. A new ground floor as well as an upper floor were built onto the existing basement structure.

The floorplans display the architects' research into the succinct division of spaces by minimal means. The ground floor plan is characterised by the generous hall, a space where family life takes place and where the children may play or do their homework.

The architectural ambition was to avoid a strict didactical extension in which the new part is dialectically opposed to the old, therefore accentuating their differences. The idea was to create one single new entity, a new house. After the demolition of the pavillon superstructure a new wooden framework was built onto the existing basement structure.

The architects now had to find a suiting shell, one that is able to show that a new structure has been added to an existing one. The semitransparent copper cladding, with its dark brown colour against a black background evokes timelessness, preciosity and elegance. It gives the building a familiar air and it reminds the onlooker of something that seems to have always been there rather than emphasising on being new. The windows are set onto the facade like picture frames (also in copper) and depict its depth. 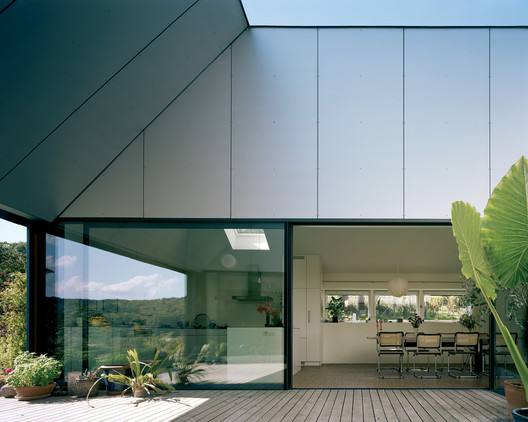