The rapid and unchecked development of Manhattan was a matter of serious concern in the early years of the 20th Century. The construction of the Equitable Life Building in 1915, while by no means the starting point of the debate, provided a clear example of what could happen to New York City should building height and form continue unregulated: the Equitable Life Building, which occupied an entire city block in Lower Manhattan, rose forty stories high without any setback from the sidewalk. Fears of New York streets forever cut off from sunlight by man-made canyons of skyscrapers spurred the passing of the 1916 Zoning Regulation, a landmark document which required setbacks for buildings passing heights specified by their location in the city.[2] These regulations would lead to the characteristic stepped forms for which New York skyscrapers—and Art Deco skyscrapers around the world—would come to be known.[3]

Skyscrapers typically rose for one of two purposes: to serve as showcase headquarters for companies, or else as speculative projects by real estate developers.[4] The Empire State Building was the latter, a scheme concocted by former New York City governor Alfred E. Smith in collaboration with his finance partner John Jakob Raskob. Less than a month before the Stock Market Crash of 1929, Smith and Raskob called together a meeting of the city’s wealthy financiers to discuss their solution to the impending financial disaster: an office tower of unprecedented height. According to Raskob, the massive undertaking would both inspire the American people and help stabilize an economy that was about to fall to pieces. By the meeting’s end, Smith and Raskob managed to raise the funds to purchase the old Waldorf-Astoria Hotel, which would be cleared away to make room for their visionary tower.[5]

Only twenty months passed from the start of concept design in September of 1929 and the building’s opening in May of 1931. Those twenty months were a flurry of constant activity: once the designs were drafted, an army of 3,500 workers tore down the Waldorf-Astoria and assembled the Empire State Building at an astonishing rate. At the peak of activity, the tower rose just over one story in a day – a rate of construction which, while still impressive by today’s standards, was unheard of in the 1930s.[6]

The material costs of the Empire State Building were every bit as high as those of labor. 210 foundation columns were sunk into the sturdy granite bedrock of Manhattan – a measure necessary to support the 365,000 tons of skyscraper above. 50,000 steel beams were then assembled and clad with glass, brick, and limestone to form a tower 1,250 feet (380 meters) tall. In spite of this, the building was not only completed on time, but a full 45 days ahead of schedule and $5 million (€4,556,016) under budget.[7]

Its speculative purpose required that the Empire State Building provide as much rentable office space as could be built. The setbacks mandated by the 1916 Zoning Regulation, while still expressed in the new tower’s form, were countered by the fact that the lot on which the building was situated was roughly twice that of most of the surrounding structures; therefore, architect William Lamb was able to design a primary tower shaft with ample space for both offices and elevators, a dilemma less satisfiably resolved in the previous tallest building in the world, the Chrysler Building of 1929.[8]

Given that the Chrysler Building had only held the title of “world’s tallest building” for approximately a year before conceding to the Empire State Building, it is perhaps inevitable that the two skyscrapers would be subjected to endless comparison. In pure metrics, the latter is the greater building: it is 204 feet (62 meters) taller, and its 2 million square feet (186,000 square meters) of office space was more than double that of the former.[9,10] However, debate over which tower is the more aesthetically accomplished is not so easily settled.

The Empire State Building, despite its Art Deco styling, is significantly more austere in appearance than the more ostentatious Chrysler Building. Devoid of the sunburst windows and Moderne gargoyles that adorn the older tower, the Empire State Building is strikingly subdued. It is not entirely without ornament, however: a pair of sculpted concrete eagles flank the entrance, and shining aluminum extensions reminiscent of wings taper up toward the pinnacle of the tower.[11] The exuberance of the Chrysler Building’s metal crown, when contrasted with the quiet dignity of the Empire State Building, can be seen as the changing attitudes of a country before and after the onset of the Great Depression – and it falls to the observer to decide which, if either, is the more appealing.

Despite the optimism with which Smith and Raskob had originally proposed the project, and despite the rapture with which New York had watched its newest landmark grow toward the sky, the Empire State Building could not escape the realities of the deepening Depression. Initially, the building’s owners could not find more than a few tenants to occupy their tower, which soon received an unflattering nickname: the “Empty State Building.”[12]

History would come to vindicate the new skyscraper. Those who did not deride the building upon its completion showered it with acclaim, most notably declaring the Empire State Building the ‘Eighth Wonder of the World.’[13] Its introduction into the Manhattan skyline would represent the end of the city’s competition for the tallest building until the World Trade Center finally dethroned it in 1972. The building itself also became a profitable venture in its own right, hosting over 15,000 workers and countless more visitors hoping to see the city from the observation deck on the 86th floor.[14]

Although the Empire State Building has long since lost its status as the world’s tallest building, it has never quite lost the adoration which it engendered in 1931. Just as Smith and Raskob envisioned, it has become an enduring monument to democratic—and more specifically American—perseverance and achievement. Even as skyscrapers continue to grow taller, eclipsing the record once set by the Empire State Building, its particular impact on New York and the idea of the skyscraper as a whole will likely remain. Joe Carbonelli, who worked as a water boy at the construction site during his youth, put it best: “Although there are now numerous buildings that are even taller, this one has remained a symbol for New York and America, and for courage and adventure.”[15] 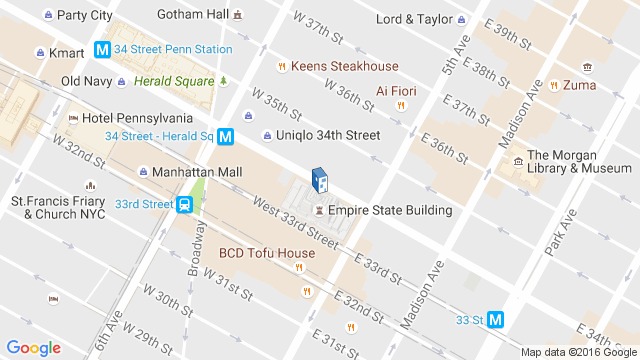 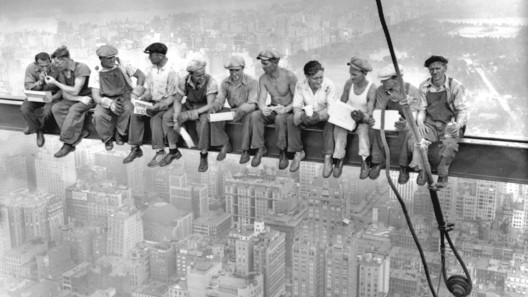 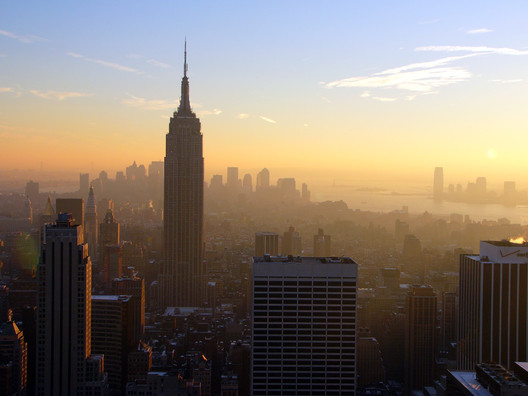