Save
2016 Olympics: Two Legacies for Rio
Share
Or
Copy

Just over a week ago in beautiful Rio de Janeiro the Olympic Games, the world's largest sporting event, came to an end. The Games, as well as the FIFA World Cup, have been a driving force for the city over the last six and a half years. In the wake of the frenzy caused by the much-anticipated event, Rio will have the Paralympics, which will take place between the 7th and 18th of September. But then what?

The word "legacy" being associated with major world events is nothing new. We see it used a lot when referring to the Olympics and the World Cup, and it’s come up time and time again in recent years when we look at the lasting effects these events have had on host cities like Barcelona (1992), Athens (2004), Beijing (2008) and London (2012). Essentially, the issue revolves around some fundamental questions: Who are the major beneficiaries of the "legacy" of the Olympic Games? Were the huge public investments worth it? Will there be any improvement for the general population? Can the equipment that was built be adapted for everyday use? 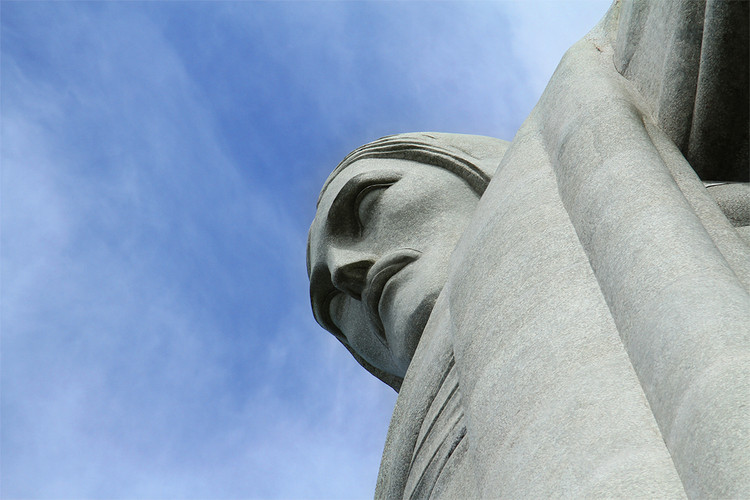 If we use the fate of some of the stadiums built for the World Cup as a base to answer the above questions, then the forecast for Rio isn’t very favorable. However, the city's relationship with the Olympic Games should be viewed through a much more intimate and complex spectrum than the relationship between the cities that hosted the World Cup and their stadiums.

Unlike the projects for the 2014 World Cup, which concentrated most of the efforts and investments in large stadiums (which also were subject to strict FIFA guidelines, over the last six years Rio de Janeiro has seen projects popping up in different parts of the city, including the demolition of the Perimetral highway, the construction of the Olympic Village, as well as the construction of a new bus rapid transit system and a new light rail tram system.

In his piece for the IMS blog, Francesco Perrotta-Bosch said "we had a bipolar Olympic project," and that's an interesting way to observe what was done in Rio de Janeiro over the last six years. In his analysis, he dissected the various projects implemented in the city and concluded that there were two completely opposite approaches to what was being built. Born in Rio and used to the routine of the second largest Brazilian metropolis, when he offers his point of view in relation to those projects he isn’t speaking as a critic but as a city resident.

You might say that there are, then, two "legacies" (for lack of a better word, even though it’s now overused) for Rio de Janeiro. One which effectively benefits the city and most of the population, another is the legacy of the "clearing of land" that is still undeveloped "but with unregistered owners."

The dismantling of the Perimeter - an elevated highway that cuts through the Caju, São Cristóvão, Santo Cristo, Gamboa and Saúde neighborhoods, and had about forty thousand vehicles of daily traffic (symbolically represents the breakdown of the highway paradigm which has lead to urbanization of almost all Brazilian cities since the 1950s and allows the "reappropriation of urban lands by pedestrians" through the requalification of Orla Conde), we would just need to turn our eyes to the Olympic cluster of Barra da Tijuca to see that the focus on walkability and the proposal for designing public spaces for the entire population is not present throughout the Olympic project.

In Barra, the emphasis is on individual motorized transport, unlike that of Orla Conde or Praça Mauá , where Santiago Calatrava’s controversial Museu do Amanhã, or Museum of Tomorrow, was built. During the period of the Olympics, the project took on the role of express bus lanes (BRT), however, its implementation, which has several stations in vacant areas, leaves room for suspicions that after the Olympics, the real beneficiaries of the projects will be the developers and owners of the properties around these new sites, which were essentially made to establish new footholds in the area, making room for elite urbanization. Carlos Carvalho, owner of the Carvalho Hosken construction company, said it best when, in an embarrassing interview with BBC Brazil he asked "How can you put the poor there?" We don’t know, Carlos, but history leads us to believe it won’t be with projects like these.

We'd be lying if we said that all projects from the Olympics only benefited real estate interests. They all do benefit them in some way, it is true, but projects like the new bus lines, which "serve and redevelop several suburban neighborhoods" that have been neglected by the government for decades , or the Deodoro Park, that was designed by the firm of Vigliecca & Associates and (thanks to a timely protest) was open to the community even before the start of the Olympics, show that the "legacy" is also positive for the city.

In addition, other projects for specific sporting events were made keeping in mind their use after the Olympics, like the Handball Arena, designed by Lopes Santos and Ferreira Gomes Architects + OA | Architects Office. After the end of Paralympics, the arena will be dismantled and "take on a new form, being turned into four public schools," as described by the architects.

Other examples are the Radical Park and the Olympic Youth Arena in Deodoro Olympic Park, both projects by Vigliecca & Associates. The first will be adapted for recreational use and will make use of the topography to create recreational spaces, the second will be transformed into athletic training and education center. In these and other projects by the same office, the stands to hold the spectators during the events are mostly made with conventional metal pipe scaffolding and will later be removed as to reduce the number of places needing to be adapted for everyday use and occasional larger sporting events.

Understanding the importance and strain of hosting an event of this scale is no simple task. It is impossible to turn a blind eye to the ghosts of Athens, Beijing and other host cities where the equipment, which for two weeks were the focus of attention around the world, ended up neglected, abandoned due to their size and high maintenance costs. It’s also impossible to ignore the compelling evidence that some projects were made the way they were in order to enhance certain areas of the city at the expense of others, thus benefiting certain individuals at the expense of the collective.

The "legacy" of the Rio 2016 Olympics is therefore, two-fold (or multiple, but not singular) as one might imagine when taking into account the complexity and scale of an event that put in motion such change in the city. It is still too early to draw more specific conclusions about the general state of the city before and after 2016, it’s possible to tip the scale towards the positive side, so long as the plans for the future of some of the Olympic installations don’t remain just plans and continue to bring about changes that influence daily life in Rio.

The last starter's gun has gone off, the balls have stopped rolling and the Olympic torch has been extinguished. What do we need to do to make sure that the driving force that moved Rio de Janeiro over the last six and a half years doesn’t cease as well?