Save
Review: "REM" – A Retroactive, Redacted Study of the World’s Greatest Living Architect
Share
Or
Copy

In the canon of great Dutch architects sit a number of renowned practitioners, from Berlage to Van Berkel. Based on influence alone, Rem Koolhaas—the grandson of architect Dirk Roosenburg and son of author and thinker Anton Koolhaas—stands above all others and has, over the course of a career spanning four decades, sought to redefine the role of the architect from a regional autarch to a globally-active shaper of worlds – be they real or imagined. A new film conceived and produced by Tomas Koolhaas, the LA-based son of its eponymous protagonist, attempts to biographically represent the work of OMA by “expos[ing] the human experience of [its] architecture through dynamic film.” No tall order. 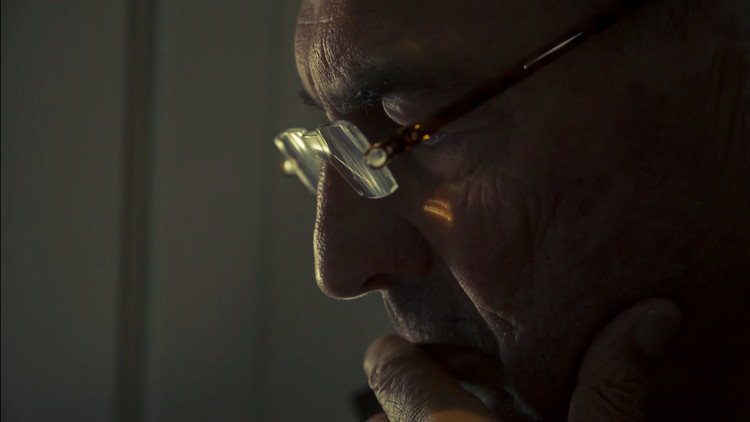 Tomas, who has been critical of films about architecture which are “made up of talking-head interviews interspersed [by] static, lifeless shots of empty structures,” suggested in 2015 that REM would be “the first documentary to comprehensively explore the human conditions in and around [OMA’s] buildings.” Based on this vision—and, to a lesser degree, the nigh-on cult following which the practice has garnered—over a hundred Kickstarter backers pledged just over $30,000 to part-fund its production. REM, which has been four years in the making, premiered last week at the 73rd Venice Film Festival.

“New York City is the beginning, you could say. The foundation of everything else.” This city, unlike most others, has a certain foundational resonance for Koolhaas, and makes an opening statement as vivid as it is straightforward. Following his studies at London’s Architectural Association in 1972, he relocated to start working on Delirious New York, a retroactive manifesto for the city. This seminal book, which studies the unique metropolitan urban condition of the city to posit it as "the arena for the terminal stage of Western civilisation,” has since taken on almost mythological status. The stage for REM is set: this is going to be a serious affair, and one which will demand your full attention.

If you’re looking for insights into the persona of the protagonist, you might be disappointed. Yes – Koolhaas sometimes flies Transavia, a budget-level subsidiary of KLM. He almost exclusively wears Prada. He doesn’t use an iPhone. But a human-interest story, similar to that of Nathaniel Kahn’s My Architect (a highly personal journey to connect with his deceased father, Louis Kahn), was never going to be the deal, here – and thank goodness. It’s clear that REM has provided a formidable challenge behind the lens; Tomas has created a powerful cinematic experience, the quality of which is comparatively unparallelled in the world of architectural documentaries. The film neatly sculpts the story of Koolhaas into a tight, rigorously edited narrative and the persona which emerges is at once charismatic, enigmatic, and characteristically reticent.

A certain degree of reticence is to be expected. For a filmmaker-turned-journalist, and a journalist-turned-architect, Koolhaas has more experience than most in recognising the power, and danger, of too much (or too little) publicity. The Dutch translation of “editor” is redacteur – a word which, once Anglicised, references the process of “redaction” or, in its most extreme definition, “censorship.” REM is indeed heavily edited, sharply focussing in on a collection of grand narratives—building in the Middle East, for example; the media, villas, the countryside, the 14th International Architecture Exhibition in Venice—while other possible themes, such as the workings of his practice or the ways in which he collaborates with others (we see people like Marina Abramovic and Hans-Ulrich Obrist, albeit briefly), dissolve into a bokeh blur. If you accept that the story being told is revealing itself in a very particular way, frustrations are few; if not, scenes can often feel curtailed and all too brief.

From two key cinematic techniques are derived the film’s sense of authenticity, whether or not you might believe in it: the overarching voice of the architect himself, which spans almost the entire feature, and his portrayal by his son, Tomas. As we shadow Koolhaas from behind the camera, we become particularly au fait with the back of his head and shoulders – a conscious tactic which, far from feeling alienating, imbues the film with a sustained sense of momentum that it might otherwise lack. For the most part Koolhaas is moving forward, and we move with him. Occasional scenes show him in meetings – audio redacted, of course, and often filmed through a glazed partition. Sometimes we hear people talk about him while Koolhaas himself, aside from incidental glances, rarely addresses the lens.

REM succeeds in constructing the most intimate portrait of the architect so far. We learn that, for Koolhaas, exercise is a sociological undertaking; “nothing is more revealing than seeing how people move in or near the water,” he states. A protracted, almost hypnotic scene attests to this: first Koolhaas is swimming in a pool, before the scene cuts to him leaping out of a boat in an ocean, before we jump abruptly to a dramatic face-on profile of the man in question – his piercing eyes framed by a furrowed brow and crescents below. Sudden and unexpected scene changes result in a film without a geographical anchor, nor a steady sense of chronology. It feels as though we’re at the whim of Koolhaas' dizzying schedule.

The observational curiosity of Koolhaas’ practice is revealed in a collection of short scenes—mini-films unto themselves, perhaps—in which Tomas revisits three of OMA’s projects: one public building, the Seattle Public Library, and two private villas in France – the Maison à Bordeaux, and the Villa dall’Ava in Paris. In Seattle the scene focusses on two homeless men, Phil and Mark, who use the building as both a retreat to pass the time and a place to feel connected. “I’m sure it’s not any science or proven fact, but I think that some environments induce or are conducive to calming people” Mark suggests. This scene which, above all others, adheres to Tomas’ ambition to explore the human conditions in and around the buildings, is one of the more successful. Rather than capturing stationary shots—an all too easy temptation when photographing spaces—the journey we are taken on is highly personal, and one which treats a small box-like piano room with the same attention as the iconic atria.

The Maison à Bordeaux, one of OMA’s private houses, is presented with a similar level of consideration. Completed in 1998, the building has visibly worn – concrete surfaces are stained and the grass around is overgrown. One of its original residents, the father of Louise Lemoine who was himself physically disabled, has since passed away, and its inhabitants have gradually restructured the house for a different pattern of living. An interview with Lemoine (who created the 2013 film Koolhaas Houselife alongside her collaborator Ila Bêka), in which she describes a domestic condition at once comfortable and “challenging” to dwell in, is particularly candid. Here, too, Koolhaas appears at his most relaxed and open and, perhaps, professionally satisfied.

Fundamentals and Absorbing Modernity 1914-2014—the two exhibitions Koolhaas curated for the 14th International Architecture Exhibition in Venice—were immense undertakings, and the film cannot fail but expose the strain that they induced. One scene, in which Koolhaas is encased by a ring of journalists in advance of the official opening, makes this clear: the soundtrack, an unbroken orchestral score by Murray Hidary, gives way as a television reporter asks the architect to describe what visitors to the Biennale will see. Looking to the floor and wiping his brow in despair, Koolhaas replies: “Sorry, I can’t answer that question. Just read the text.”

Although frustration ultimately fades to acceptance (he eventually answers the question for the umpteenth time), it highlights one of the broader themes of the film and one which Koolhaas addresses unambiguously: the matter of celebrity. “The dilemma,” he states, “is whether you can use it or not.” Recognising that the success of OMA is in large part down to its continuous global exposure a readiness to present himself in public has, in turn, fed an ever more voracious demand for his work, his opinions, and his presence.

Should this film be read as the “official” retelling of Koolhaas' professional life? Has REM provided a unique opportunity for both Tomas Koolhaas and Rem himself to carefully redact—a necessary process, admittedly, in a seventy-minute film—and reformulate the narrative of a career which has been discussed, criticised, and lauded more than any other living architect? Perhaps so. And, if it is the case, I believe that it makes the film all the richer for it. Objectivity is overrated.