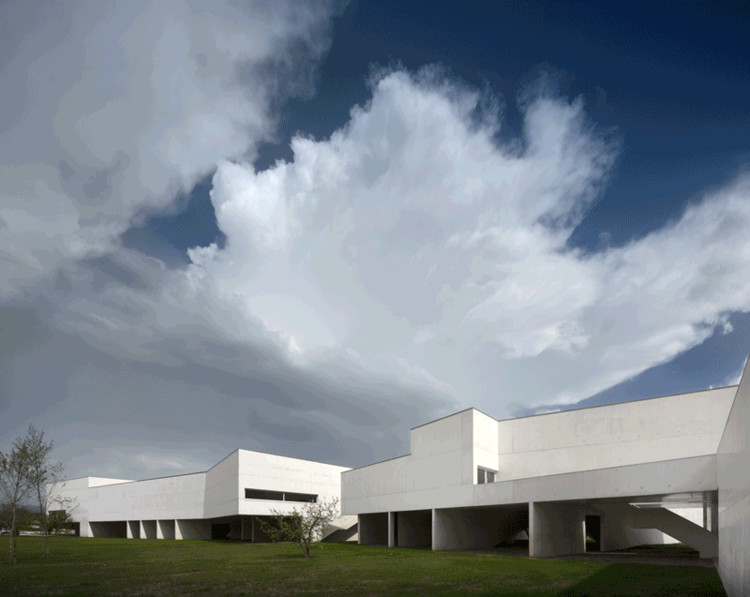 Last month another building by Álvaro Siza Vieira, the Nadir Afonso Contemporary Art Museum in Chaves, Portugal commemorated its inauguration. To celebrate its opening, Fernando Guerra, from Últimas reportagens shared with us an amazing series of photographs.

See all the photos and learn more about the museum below.

Construction of the museum began in 2011 and now that it is finalized, it will house one of the most important Portuguese art collections, from the Nadir Afonso Foundation, this will most likely place the municipality of Chaves as a highlight of cultural tourism in Portugal.

According to Bernardo Pinto de Almeida, professor and curator of the exhibit inauguration entitled "Nadir Afonso - Keys to a Work of Art," which features 35 of the 70 years of the painter's work says, "this is a museum that demonstrates the "greatness" of one of the great artists of the twentieth century." The great painter of geometric abstraction is presented here as an artist, a philosopher, as well as demonstrates his other works such as his collaborations with Le Corbusier and Oscar Niemeyer.

The museum cost £8.5 million to build, while 85% of it was privately funded. The building is punctuated by geometric references that reference the work of Nadir Afonso. His program includes an auditorium, exhibition halls, library, archive, workshop, café, and shop.

The 2,700 square meters project is set on a site about six times larger. Located on the right bank of the river Tamega, the museum was subjected to flooding, Siza's solution was to raise it with a series of perpendicular structural blades to protect it.

The building has already been critically acclaimed by Jorge Figueira who told PUBLICO that he considers the project one of the most significant from Siza, putting it at the same level as the Iberê Camargo Foundation building in Porto Alegre. The winner of the Pritzker prize, Eduardo Souto de Moura, thinks that this is one of the best buildings he says, "I do not know if it's the best, but it is one of the ones I like the most."

Nadir Afonso Contemporary Art Museum opened its doors to the public last month, a date which coincided with Chaves's Municipal Day. Visitation is free of charge and it is open between the hours 10:00 and 24:00.

Nadir Afonso, who passed away at 93 in 2013, inspired another exhibition space, the Nadir Afonso Arts Center, by US architect Louise Braverman in collaboration with Paulo Pereira Almeida, which opened in Boticas, near Chaves in 2013 . 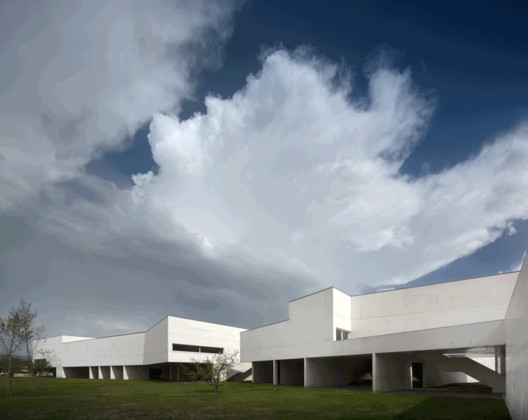