Architecture competition organizers Bee Breeders have announced the winners of the London Internet Museum competition. This speculative project challenged architects to design a museum for “something historically profound and typologically unprecedented — the internet.” Given a site at the former Great Eastern Railway terminal station building, designers were tasked with creating a location that would “connect visitors to both the history of the internet and open them to the possibilities of the future.” Submissions took a wide variety of approaches, and prizes were awarded to projects that rejected the typical associations and precedents that the internet calls to mind.

Continue reading to see the winning entries with brief descriptions.

404: NOT FOUND questions the traditional authorial nature of architecture, instead placing the building’s design into the hands of internet users themselves. Using a specifically developed app, users can create blocks of the museum with tools such as push, pull, slice, color and material selection. The images are then shared to a social media platform where they can be liked and commented on. The final assemblage of the pieces is also up to app users, as they are given the opportunity to manipulate the placement of blocks, battling for position until a time limit is reached. The end result will be a reflection of the internet itself – a piece of architecture that is both chaotic and hilarious. 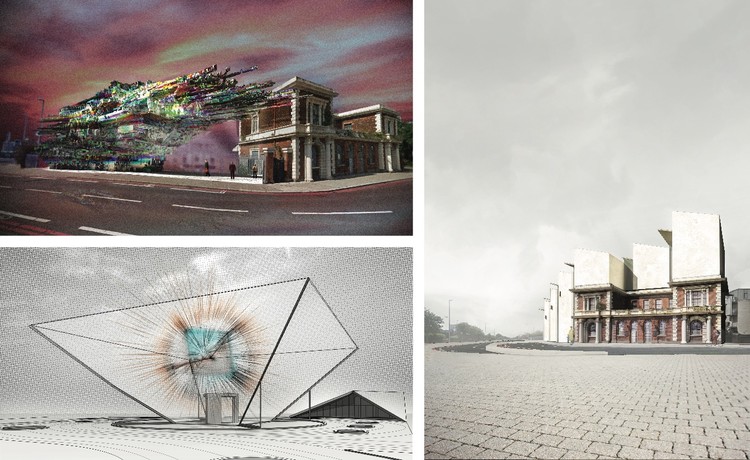 Lauded by the jury for its “indifference to the contemporary digital discourse in architecture,” Transistor draws inspiration from the history of the internet and the functionality of its components, as well as the historical context of the given site. Located in an industrial site full of shipping infrastructure, Ball noted the similarities between rail car switches and the most basic element of a computer, the transistor switch. Just as the transistor correctly aligns the circulation of information, the museum is designed with distinct linear circulation converging at specific and intentional exchange points. These paths are articulated in the structure’s sawtooth roof, reminiscent of the area’s many rail yards.

Third Prize was awarded to Unlimited Possibilities for its expression of the internet museum as a digital monument. Attempting to create a physical manifestation of the internet, the piece’s polyhedral structure houses a projected hologram that transforms into various patterns and shapes. The rest of the museum is located beneath ground, allowing the monument to stand alone in the above ground plaza. Within the museum, spaces are organized around the particular devices through which one engages the internet. 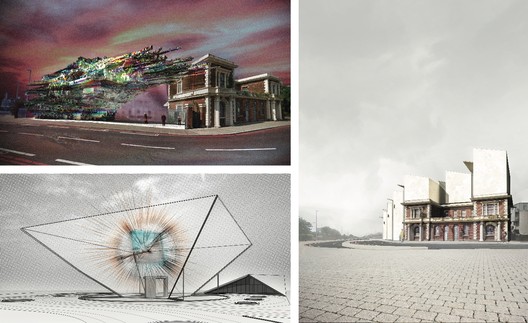