Minoru Yamasaki (December 1, 1912 – February 7, 1986) has the uncommon distinction of being most well known for how his buildings were destroyed. His twin towers at the World Trade Center in New York collapsed in the terrorist attacks of September 11th, 2001, and his Pruitt-Igoe complex in St. Louis, Missouri, demolished less than 20 years after its completion, came to symbolize the failure of public housing and urban renewal in the United States. But beyond those infamous cases, Yamasaki enjoyed a long and prolific career, and was considered one of the masters of “New Formalism,” infusing modern buildings with classical proportions and sumptuous materials.

Born in Seattle, Washington to Japanese immigrant parents, Yamasaki enrolled in the University of Washington’s architecture program in 1929. Working in a salmon cannery to pay his tuition, he graduated with a Bachelor's in Architecture in 1934. After completing a master’s degree at New York University, Yamasaki went to work for the firm of Shreve, Lamb & Harmon, designers of the Empire State Building. In 1945, Yamasaki took a job with the Detroit, Michigan firm Smith, Hinchman & Grylls (now SmithGroup JJR), where he worked until starting his own firm in 1949.

The 33-building Pruitt-Igoe housing complex, completed in 1954, was one of Yamasaki’s first independent commissions, and although it was almost immediately beset with problems, the scale and complexity of the project prepared him for the many prominent commissions that would follow. Cost cutting during the design process, a lack of maintenance, and changes in public housing policy quickly led to the downfall of Pruitt-Igoe, and all 33-buildings were imploded between 1972 and 1976. Although the complex is frequently cited as an example of the failures of public housing, and of Modernist architecture, recent analysis has taken a more nuanced approach.

Subsequent commissions included several airports and a wide range of office buildings, which eventually led to Yamasaki’s selection to design the World Trade Center in 1962. The Port Authority of New York and New Jersey had requested 10,000,000 square feet of office space on the site, necessitating the twin 110-story towers. To conserve space that would have otherwise been occupied by elevator shafts, Yamasaki and the buildings' engineers conceived of the concept of “sky lobbies,” inspired by the local-express system used on some New York City subway lines, where office workers could transfer from high capacity express elevators to local elevators that served each floor.

In addition, Yamasaki designed many prominent buildings in cities around the United States, and the world. These include Lambert-Saint Louis International Airport terminal, Dhahran International Airport in Saudi Arabia, the Federal Reserve Bank tower in Richmond, Virginia, One M&T Plaza in Buffalo, New York, and the Century Plaza Towers in Los Angeles. Recently, preservationists came to an agreement with developers to prevent the demolition of the Century Plaza Hotel in Los Angeles, ensuring that it did not meet the same fate as some of Yamasaki’s other works.

To learn more about Yamasaki’s work, see his two most infamous projects in the thumbnails below, and more articles about his work in the links below those. 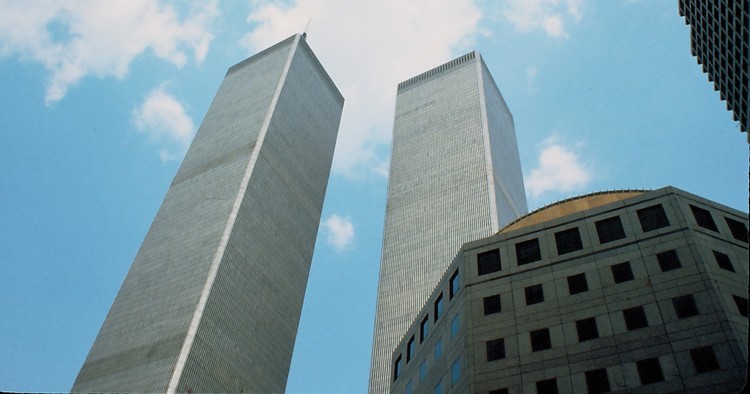 The Pruitt-Igoe Myth: An Urban History

The 9 Most Controversial Buildings of All Time 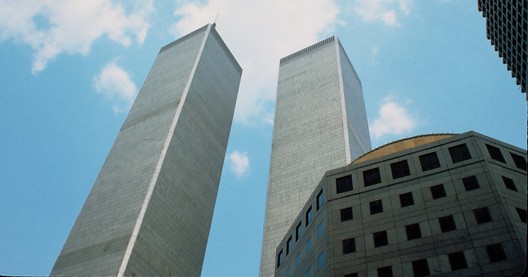